ReListen || Crash Test Dummies – ‘The Ghosts That Haunt Me’

When I first came across the Crash Test Dummies, it was in a similar manner to most. That is, with a deeply intoned mmm four times over. In case you’re not aware, Mmm Mmm Mmm Mmm is the still distinctly timeless song that got the band much attention beyond their native Canada. 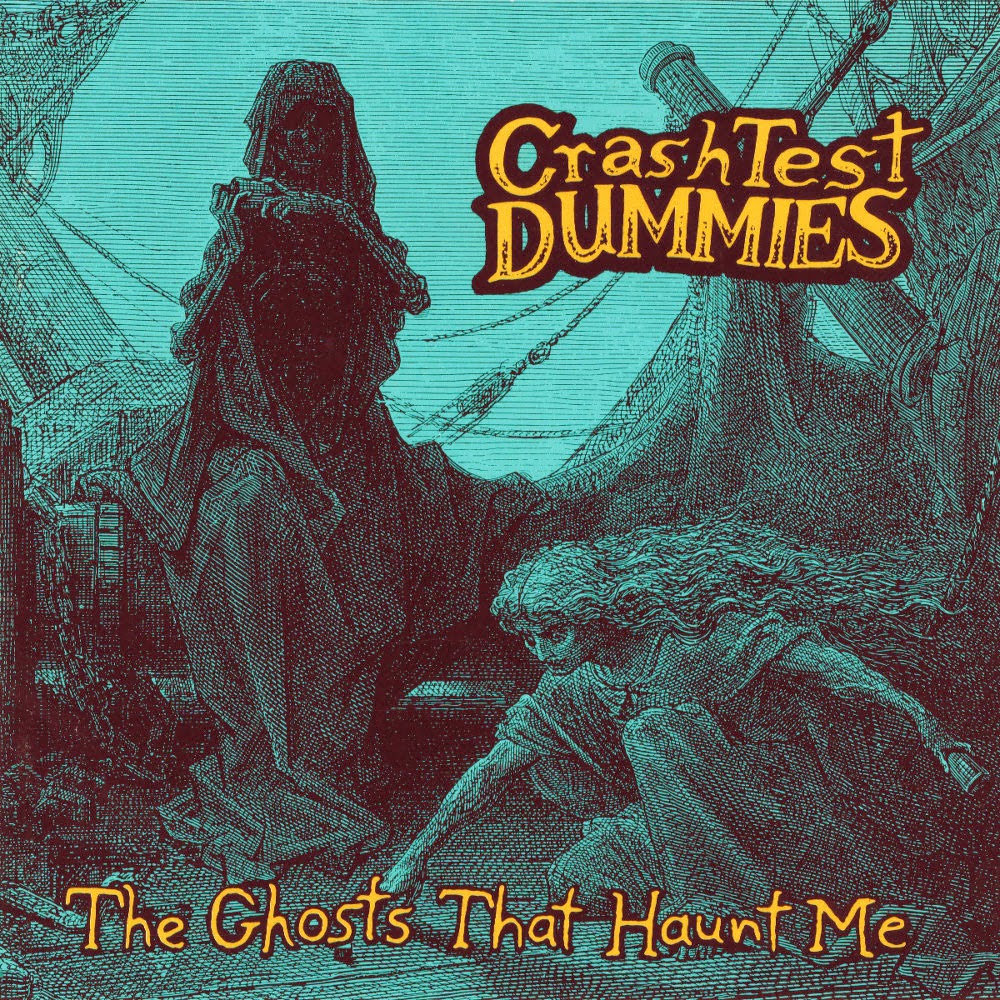 Still periodically active, the band’s last release at the time of writing was in 2010 with the basic component of singer and songwriter Brad Roberts on board with new collaborators, but way back in the beginning, came perhaps the only ‘Dummies album that seems to have aged in anyway. Luckily, it’s a good kind of aged that reminds you of memories and scenery that may or may not have occurred to you.

Of course, debut albums are rarely too similar to later releases in any artist’s catalogue, and so it is that ‘The Ghosts That Haunt Me’ is a still refreshingly honest collection of folk tinged songs with the odd sardonic edge to them. Not as jokey as later ‘Dummies albums get, this album has suffered little in the quality department as the years have gone by, aging only slightly.

The album starts off with the rather gloomy undertones of Winter Song, expressing yearnings of the past via a trip to the country. The deceptively light tone hides a dark lyrical tone that will continue throughout their catalogue.  Similarly, the mournful but perfectly sad Superman’s Song (which we first came across via the similarly tones first season of Due South) despairs that the world will never see another man as good as the titular Superman.

But it’s not all veiled darkness, there’s some delightfully light songs as well that explore the previous mentioned darker aspects of life with a dark humoured lyrical touch. The Country Life concerns a move to the country to alleviate the pressures of city living on a relationship. Lyrics that reference cowboy hats are deeper than they appear, for sure.  The most effective song in this vein though is the perfectly pitched The Journey. With the key lyrics suggesting, almost sarcastically, ‘It maybe that I’d like to, but I won’t fall in love with you / We won’t spend the rest of our lives together/ But any way couldn’t we go on a trip together?’

But the darkest moments on here though reflect that most final moment in life, the funeral. Album closer At My Funeral is hard to judge on first listen. Written at such a comparatively young age, it’s astonishingly straight to the point and brave. As Roberts asks us ‘Won’t you come to my funeral when my days are done?’ in the chorus it’s a very potent moment on an album that veers dangerously close to being silly on occasion. As a debut album, the themes of many a future Brad Roberts/ Crash Test Dummies song are explored here, often in such a way that is unforgettable and extremely effective.

Paired effectively with the inspired choice of cover art from The Rime of the Ancient Mariner illustrated by Nineteenth Century illustrator Gustav Doré, The Ghosts That Haunt Me is a fine beginning to an often rocky journey for Crash Test Dummies.