Music Review//Souvenirs - Tired of Defending You

They say that good music has a habit of creeping up on you like a house breaker in the dark. But perhaps a better analogy would be to say that good music is not always immediate and takes time to enjoy. This how I approached Souvenirs’ Tired of Defending You and on first listen it was the atmosphere of the album that struck me most. 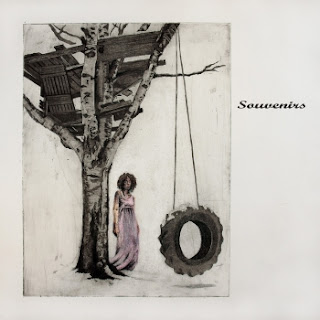 Whilst it’s not ground breaking in any way it’s also undeniably listenable. With a dark curtain seemingly drawn over the music there’s an unmistakable shade of grey here and it really does make the album. Being one of those people that skip the ballad unless it’s absolutely killer this album was a gift. Its production isn’t overstated or bombastic and despite the riffs and drums there’s a certain midnight tinged serenity to the songs that draws the listener in.

It’s only towards the end of the album that things get heavier but rather than diluting the subtle power of the album it enhances the already established sound perfectly.  Highlights include closer Deep 6, with its voice sample intro and nicely defined solos and the interestingly titled Growing Out of Your Favourite Shirts, with its intense beat and vocals impressing.  Of the quieter first half the subtly produced Sucker stands up well to repeat listening and How to Sleep is likely to do the opposite of its title in the best way.

Tired of Defending You is an understated album but a recommendation none the less!