The return of the Zines' well received Coffee & Creatives interview sessions has been much looked forward to at our digital offices. It's first appearance outside the Coffee Culture season brings an artist who has been described as "the most refreshing and exciting artist I have seen in dog years" by influential voices from ITV to name but one.

IKIL ORIION (Remember that name!) is no stranger to the Zine and it's no wonder with his album Paranoise Void receiving many recommendations including a top five placing on our Essential 20:12 list last year. Following a coffee in the buzzing streets of the capital it was decided that a Coffee & Creatives feature was a must! Read on to discover more about Ikil Oriion's take on life, music and coffee... 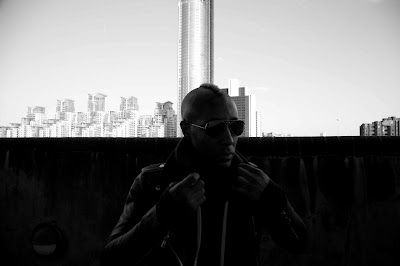 Describe your relationship with coffee for us…
I remember coffee brewing in my grandparents home when I was a little kid. The smell and aroma always left a lasting impression on me. There was always something special about being awaken by the scent simultaneously having jazz, blues and gospel music in the air so to me being from New Orleans coffee goes hand in hand with the culture… music, food and coffee… The Holy Trinity!


Has coffee ever influenced your music, however indirectly?

Coffee shops has been known to be a haven for poets, writers and musicians.
A place to create and feel inspired, so some of my earliest shows I performed at
Took place in coffee shops incorporating live music, spoken word and art.
Just being in a coffee shop adds a certain level of calmness that fuels the creativity. For me personally it wasn`t so much coffee directly influenced me, but the Atmosphere and vibe of real cool coffee shops has been a source of inspiration on multiple levels.

What’s the best coffee you’ve ever had and where was it?

The one and only Chicoree coffee in New Orleans and also authentic Ethiopian Coffee in London of all places (Camden Town Stables Market).

You’ve lived in various places around the world. Did you notice any difference in the culture of coffee between them?

Pretty much all the places I have lived in such as New Orleans, Japan, Brazil and now in London all share a certain love affair with coffee. The only exception I would have to say is in Los Angeles where coffee is seen to be the Anti-Christ (Lol!)

You’re a busy man – what projects are you working on at the moment?

One of my primary focuses at the moment is launching my multi-media brand
Rebel Glitz LTD. Which is going to consist of music production, new recordings, clothing/fashion, literary works, acting / modelling vegetarian food projects co branding. I am also in the process of soon to be recording two separate EP projects (as yet untitled) with veteran producers Mark Wallis of (U2, The Smiths, and Talking Heads) and I am about to start working on a new post rock/dub/electro/xperimental Project with Larry Love of the group Alabama 3….aside from that I want to tour a lot this year as I am working with my new band based in London … The Asteroidz!

When we were planning this interview, you came up with its subtitle, ‘Black Coffee/Black Punk’. Tell us your vision of that title.

One of my favorite bands of all time and musical influences are Public Enemy.
The opening lyric/line to one of their infamous songs go “too black too strong”
so the minute you mentioned coffee & creatives that's the first thing that popped in my head. To me it's a great representation of where I came from musically being exposed to early old school hip hop like Run- DMC, Beastie Boys, LL COOL J and Public Enemy and on the punk side of the equation groups like Bad Brains,  The Clash, Sex Pistols. Both of these genres shaped me not only as a recording artist but as an individual as well, so the message I wanted to send with calling my piece Black Coffee/Black Punk is to let people know that skin color should not matter in the music industry, but unfortunately in 2013 it still does. Coffee is black and so were the originators  & pioneers of blues and what we call today Rock & Roll.

It`s crucial for people not to forget so many great legendary African Amercian artists who set the tone and created a form of music which is truly considered a universal language. This is my way of honouring and paying homage to the greats who came before; People like Chuck Berry, Howlin Wolf, Fats Domino, Muddy Waters, Robert Johnson, Jimi Hendrix ,Miles Davis and so many others too numerous to name.  All of these artists possessed a strong sense of flavor with a very unique distinct taste much like coffee. 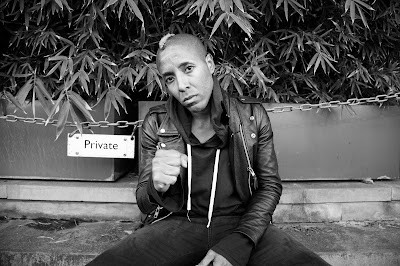 Finally, you’re on tour at the moment. Where can we catch you and what can we expect?

I always tell people to expect the unXpected!! Don`t be afraid of the unknown!! (lol lol). At my shows we like to call it exercising the demons, a baptism of fire, we get raw, down & dirty just like rock & roll was intended to be played -wild, loud & proud. We have 4 ex-clusive London shows - vastly approaching kicking off the first show on May 21st at The 12 Bar Club (on Denmark Street in Show), June 6th at The Islington, June 12th @ The Dublin Castle in Camden and June 18th at The Alley Cat. Doors for all the shows open at 7 pm  If I have anything to do with it the gigs will be sexy, sweaty and funky!