A new Texas album has been a long time coming and now, on a new label and sounding refreshed after the long break, they’re back with album The Conversation. The title track signals a return to the simpler production of earlier albums whilst retaining the modern edge of their later releases. And it’s also quite an ear catcher as well – a good start. But does it all hold up? 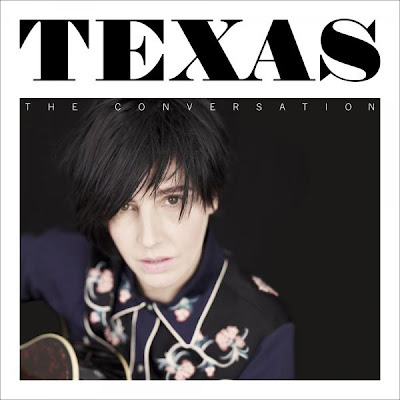 But like any Texas album there’s some filler to be had and the majority is unfortunately towards the beginning. But once you get past that there are some excellent sounds here. Detroit City brings some welcome life to the proceedings and with it’s up tempo soul beat and synth melodies it’s a definite highlight. In fact, the more energetic moments on The Conversation are the ones that engender the most nods of approval. Whilst in the past there’s been a tendency to smother some excellent music under excessive production its suppressed here and the results are spectacular.

Talk About Love is one example – it’s guitar lines are out and proud as on their debut album way back in 1989 and it’s a revelation, just as the opening chords of the title track catch the ear for the same reason. If the natural beauty revolution can apply to music, then it’s certainly relevant here. Even the down tempo, Americana tinged songs have a charm about them that brings the record close but not equal to their career high point of White On Blonde.

The European, almost Parisian sophistication of previous records isn’t quite here but that’s no bad thing. There’s a mix of the out and out Americana of the bands underrated third album Ricks Road and the modern, clean edge of their more recent releases and it works very well. The band hasn’t sounded this fresh in a long time and their return is welcomed by this reviewer.