There’s something about witnessing live performances in Leaf café on Bold Street; always a perfect atmosphere, with a ceiling enhanced by twinkling disco balls, tables illuminated from swaying candles setting the mood and drinking specialty tea; almost like a picnic indoors accompanied by some of the most unique music around today...

Thom Morecroft & the Full Moon Band opening for E-I-G-E-N-L-I-C-H-T somehow takes you back to a child watching Tarzan, you may deny it but Thom Morecroft could be Phil Collins and Michael Stipe's love child, his voice somewhat represents an 80s frontman, but Thom has a more raw modern sound, ever so slightly raucous but enchanting to the ear. 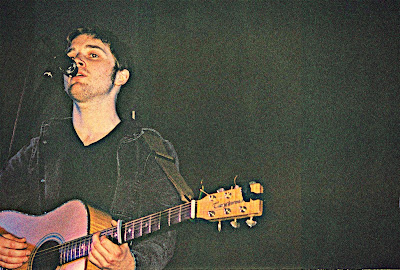 Thom’s original material, with songs such as ‘Daisy’ and crowd pleaser ‘Holly’ is well known throughout the Liverpool music scene and undeniably a clear favourite. It seemed Thom Morecroft & The Full Moon Band, hyped up by Paul Du Noyer (NME, Q, MOJO) were perfectly harmonised and the perfect band to kick-start the evening.

When hearing front man Marc Rigelsford was a “Master of the loop pedal” expectations were skeptical  It’s hard to appreciate the talent behind a man and a loop pedal in studio versions of songs, but Magic Arm was a clear example of how an experimental live performance can be deviated into something unpredictable and beautiful; whether it’s playing his guitar with a violin bow or a clarinet solo, and yes I’m sure at one point the drummer was blowing into a tube attached to a keyboard. This band proves how to be multi-instrumentalists; Ed Sheeran’s loop pedal’s got nothing on them. 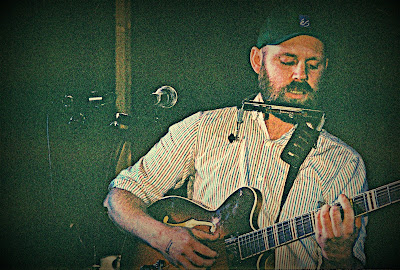 Yes, it’s true a puppet show half way through a gig. Can Mr. Wolf Collective be classed as just a puppet show though? This wasn't just the typical stall with a few hands and toys. The amount of detail and elegance that went into the performance made it a heart-warming experience, a love story taken to a whole new level, expressing the true arts & culture within Liverpool. 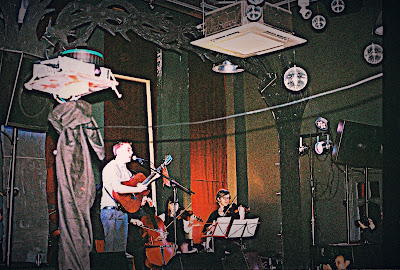 Simon Maddison, of Silent Cities, well he certainly knows how to work his fingers on a guitar. Soft melodies produced from every angle of that stage; the highlight of Silent Cities EP launch was Simon’s falsetto vocals and his backing bands enhancing sounds weaving in and out of focus. A flawless support slot for We the Dead, who finished the night off with their dark superior refrains, over powered with rolling drums and vocal harmonies.

Reviewed and shot by Demi McLeod on that good ol' film.