The Comix Column #4: The Best Comics You Need to Read!

DISCLAIMER: The below opinions are not facts but simply very one sided, biased views from a cynical and seen it all aging comics fan whose really trying to look on the bright side of things. That the opinions expressed below happen to be true as well is merely coincidental. 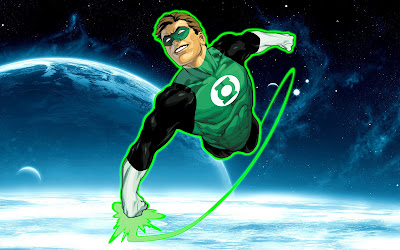 Wow, a week disappears so fast but not quite as fast as my patience with certain comics. Can you hear that sound: is it thunder?; the sound of jaws hitting the floor with disbelief over the awesomeness of the new ‘Man of Steel’ trailer?; the bang for your buck you get with this week’s Batman Inc? No, its me dropping a number of comics from my reading list as my patience is tested further than the last time I stood in a queue for a Marvel movie on opening night. Not to poop in the middle of the floor at anyone’s party (what an image) but enough is enough.

As main titles at DC such as Justice League and Justice League of America move towards this summer’s crossover event titled ‘the Trinity War’ I’m afraid I’m moving the opposite way – quickly. As a long time reader I’m beginning to find the (supposedly) epic stories that take in many of a company’s titles at once, to be tedious and pointless, only made worse by the fact that they are always promoted as ‘nothing will ever be the same again’ or ‘you won’t believe what happens next’ or ‘blah blah blah’ ( I made up the last one myself but you probably didn’t notice). So in the words of The Who I ‘won’t get fooled again.’ My only worry is how Marvel’s upcoming ‘Infinity’ saga will effect Hickman’s Avengers as he is writing it and using his Avengers title as a point of call for the story. I suppose only time will tell.

But as is the way of this column I want to breed and feed positivity when it comes to comics, so what IS the good and the great out there in comic shops around the country this week?

Well, after nearly ten years on reinvigorating the character of GREEN LANTERN (main picture) and creating it into a viable franchise for DC, Geoff Johns writes his swan song on the title in the form of issue 20. A suitably satisfying conclusion and a rather emotional one taking in the prerequisite supporting cast as well as the various coloured lantern spectrum Green, Red, Blue, Indigo etc. It’s been a long yet thoroughly enjoyable ride and is arguably his best work in comics to date. His ‘Blackest Night’ event story is still one of the few crossovers I actually enjoyed and seemed to have a wider point to it than just getting to certain story beats without a thought to the bigger picture. If you’ve not read it then why not get to your local comic store or book shop and buy the collected edition? 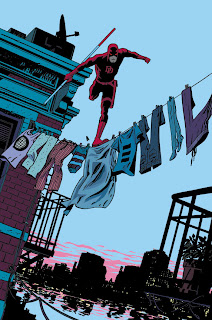 DAREDEVIL (pictured) is another title from the big two which is really hitting the mark (that joke will be a lot funnier after you’ve read the issue- hopefully). Mark Waid is doing some really interesting work that’s not really been seen since Brian Michael Bendis was on the title in the noughties; finally the horned hero feels like he is in grave peril once again. I won’t spoil this issue but to say there’s a great reveal in this week’s issue.

FIVE GHOSTS: THE HAUNTING OF FABIAN GRAY is certainly an intriguing premise: the book’s main protagonist is possessed by the spirits of Dracula, Sherlock Holmes, Merlin, Robin Hood and Miyamoto Musashi. Now in all honesty this could’ve been fantabulosa (yeah, I’m bringing that word back) or an almighty car crash; its great say it works superbly. The book has a real thirties pulp feel to it and the concept is executed brilliantly, helped no end by Chris Mooneyham’s old fashioned (in a very good way) art style. It’s only on its third issue, so you can jump right in or wait for the collected edition that should be on its way soon as the series has been a big hit. 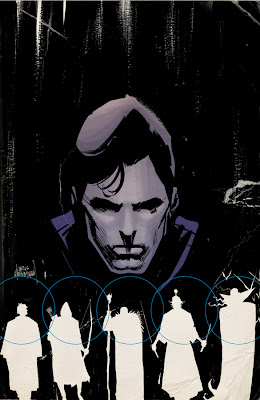 Web comics are a strange breed to me. I’m sure many people have said it before but I prefer a physical object in my hands made of paper that I can manipulate as I want, continuously turning forwards and backwards, if and when I feel the story dictates it. However there is many a comic or cartoon strip that is only available online and they are just too good to pass up.

Saga from Image is my favourite comic published today and whilst it’s on a temporary hiatus it’s time to read (Saga writer) Brian K. Vaughans’s THE PRIVATE EYE from www.panelsyndicate.com. Set in the future where everyone has a secret identity and there is no internet anymore because of a ‘happening’ (that’s briefly mentioned) it already feels like a new world has been constructed before the reader’s eyes; it’s only two issues in and I’m already hooked. 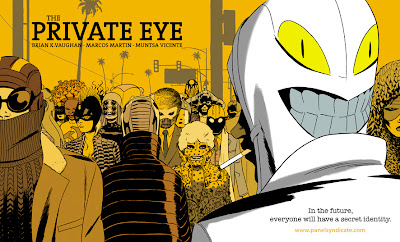 Marcos Martin (who illustrated several issues of Daredevil mentioned above) art is superbly stylised in an accessibly cartoony way with Muntsa Vicente’s colours making it really pop off the computer screen. But the most interesting thing about the comic is the price: it’s up to you how much you pay- from nothing to the sky’s the limit- all monies going to the creators one hundred per cent. However if we want more endeavors like this then, I believe, it’s best to cough up the cash to show our support to creators trying new and innovative ideas. Both issues are available as we speak, so get over to the website and start downloading- it’s the future baby!

Another gem hiding in the black hole we call the web is CORPORATE SKULL by cartoonist Jamie Smart. It’s a strip that updates every Monday and is wonderfully original. It’s been going a couple of years now but you can catch up from the beginning at www.corporateskull.com. I won’t say too much about as it will spoil the many surprises the strip wields but the story begins with an office employee having his face ripped off by a photo copier and THEN it gets weirder.

That’s me done for this week. Next week I’ll hopefully be reviewing what’s (please God, please, please, please, let there be something) good to read and I’ll also be looking at the best translated foreign language comics available. Until then: ciao and happy reading.

The Comics Column is written by Martin Shepley. Look out for more next week! Want to have you say on the comics we've featured? Get in contact!