The relationship between pop and instrumental music has always been rocky. From jazz to folk to prog to electro, for every person moved by an instrumental's wordless beauty there is usually at least one more ready to decry it as 'self-indulgent noodling'. There have, undeniably, been successful pop instrumentals – 'Telstar' by the Tornadoes springs immediately to mind – but they are the exception rather than the rule. 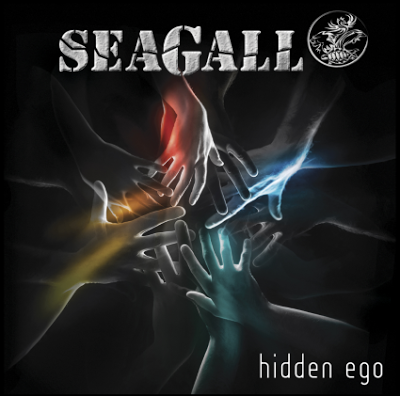 Hidden Ego, the latest album by Russian guitar virtuoso Elena Seagalova's band Seagall, and their first to be made available outside Russia, is unlikely to be the next 'Telstar'. For those looking for a metal-tinged successor to the likes of Steve Vai or Yngwie Malmsteen, this record could be exactly what they're looking for; for the rest, it's likely to elicit that well-worn 'noodling' tag.

It's not necessarily a bad record; Seagalova and her band are obviously very technically accomplished, and a very tight unit to boot. The music itself is very interesting.

Yup. That's it. Interesting. It never palls; you don't sit there wishing it would hurry up and finish so you could put something else on. But it never manages to kick on and become something more than that, either. It doesn't fire you up, get you going, make you move or raise your spirits. You just sit there thinking “My, that's an interesting chord sequence” and “Ooh, hasn't it gotten loud all of a sudden?” It fails to evoke even the slightest of emotions; to listen to this music is to feel removed from it.

It doesn't help that the album has been produced in such a way as to suggest there's something missing; Seagalova's guitar is the central focus, yes, but it all sounds a little thin, as though a gap's been left in the frequency spread for vocals that were never there. Rectifying it wouldn't have solved this album's problems, but it would have given it a sense of completion.

Of all the issues that occur to you when listening to this album, the worst of all – by a country mile – is the sense that if only there were some other stimulus, it might not be such an emotion-free zone. I'm not even talking about something musical – if this had been the soundtrack to a video game, for instance, I'd probably be raving about how effectively it created a mood as you murdered your 57th zombie on Level 4 of Castle Bauzerdonia. It's such a shame that the best I can say about this album is that it feels like it needs someone else's creative input to truly feel complete.

Hidden Ego? Maybe next time, don't hide it quite so well.