From the first reverb - drenched synth lines, it is clear that this track was created to have impact. ‘No Danger’ is James Wolf’s first single to be released from recording sessions working with some of London’s best electronic talent (Seiji, Mike Delinquent, Tom Neville). 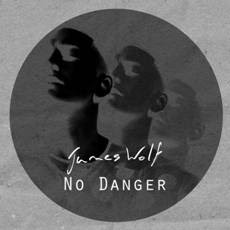 Taking influence from mainstream Pop, Electro and Dubstep; the end result is a track that combines well written melody and harmony with aggressive beats and distorted sounds to real effect. Then again, should we expect any less from an artist that learned their trade playing festivals in Ireland and supporting acts as musically diverse as Tinie Tempah, Calvin Harris and Scissor Sisters?

The track has already been treated to a whole host of remixes from the likes of Futuristic Polar Bears and Kris Di Angelis, proving not only a great tune in Itself, but as a promising base for experimentation into different genres by other artists and with a remix package such as this one, it would not be difficult to imagine dancing to this in clubs and bars on a Saturday night.

In fact, It is easy to imagine this track doing well in general, building on the success of chart singles such as Alex Clare’s ‘Too Close’ or ‘Louder’ by DJ Fresh – tunes for which success shows a real appetite not only for hardcore dance or dubstep tracks, but for songs with genuine melody and vocal talent. Just as those tracks became anthems of your past summers, perhaps the timing of the release of this one is no coincidence -it would not surprise me at all if we were to hear more of James Wolf being played at this summer’s festivals. I for one would be glad.

‘No Danger’ is available via Herculean Records at all good digital outlets from 14/07/13.