Album Flashback #5: Yoko One + Plastic Ono Band - Between My Head and the Sky

Say what you will about Yoko Ono, but as an artist she has definitely been doing what we now know as modern art for many years, and listening to this eclectic album of art music, you can definitely imagine the birthing of this to be conceptually similar to an exhibition. 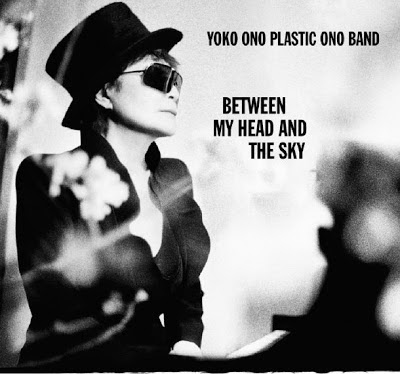 Of course, like any album it has its quiet moments and extremely loud moments, but they feel not like a studio session but a serious of aural brushstrokes added to an increasingly diverse sonic canvas that knows no bounds it seems. Everything from heavy rock, dance, acid jazz, drum and bass, beat poetry and many more mix together here to make an album that is truly worth listening to if you can get past its experimental leanings which may put many off this album when it really is depriving your ears of some very good music.

But is it any good you ask? As A fan of avant garde music and art rock in general I can easily sit down with my food and openly accept this piece of art with the greatest of ease. But the greatest thing about Between My Head And The Sky is not it's undeniably avant garde credentials but the way it sounds so modern it's almost too in your face.

The production courtesy of Ono and Sean Lennon is nothing short of brilliantly inspired and never seems to lose any steam as concept albums often do. The best moments are the overly arty parts where the album really starts to live up to its bizarre description of classical/punk afforded it by a certain well known application on various computers across the world. Put another way, this album is so hard to pin down the genre is simply Yoko Ono.

And if I can't seem to describe the albums greatness is any plausible sense, it's because this album is an unabashed art project that contains so much inspiration it's hard to describe. There is so much of its sonic landscape to take in that you have to simply listen and try to enjoy. There is a kind of undefined "cool" or "class" to this album that is undeniable in its presence. 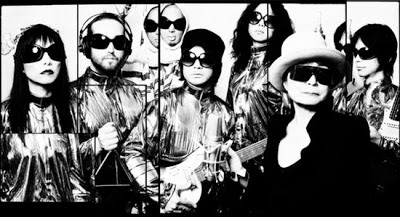 The screams, wails and electronic assaults on our ears are never obtrusive or distasteful; they are on first listen almost hilarious, bizarre even. And that's what makes this album great. You could play it to any number of people and every reaction will be different, some will praise the artiness, others will say that it's self indulgent nonsense from an artist who polarises opinions like almost no other.

All I know, it's great in its earth bound sentiment and even greater in its experimentation. Listen at your own peril - you may be forced to change your mind about this artist.