“We’re just alike; you and I. Except you’re boring”

As part of our Second Looks series, where we take another look at a television classic, it’s time for the Sherlock series 2 finale that had the collective jaw of the nation hitting the floor. But before we get to that ending, let’s re-visit the events that preceded it. 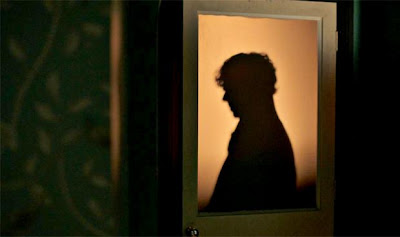 The Reichenbach Fall starts with John Watson telling his psychiatrist that his best friend is dead. This bookend of emotion from the stiff upper lipped military man who officially kicks the ass of Robin, Chewbacca, Wilson the football and all other sidekicks, leaves a terrible lump in the throat as does his grieving scene at the end of the episode.

The “fall” in this episode not only reflects the eponymous Reichenbach Falls case solved by Sherlock, but also the fall of the man himself. From being hailed as London’s greatest detective, we see him manipulated by arch-villain Jim Moriarty to such a degree that our hero finds himself banged up in jail, his friends kidnapped and his reputation in tatters.

The Moriarty of this series, played with youthful, playful malevolence by the superlative Andrew Scott, is pitted wonderfully against Benedict Cumberbatch’s great detective. Two shared scenes – the first at 221b Baker Street and the last on the roof of St Bart’s Hospital – bristle with tension and a barely disguised undercurrent of danger as we see these two extraordinary men as two sides of the same coin. Or perhaps two edges of the same sword.

Of the regular supporting cast of characters each has a role to play in Sherlock’s ultimate fate by the end of this episode, from Mrs Hudson apparently being shot, to a disbelieving Detective Inspector Lestrade, the possibly treacherous Mycroft Holmes (played so masterfully by Mark Gatiss) and finally the woman who may or may not hold the key to Sherlock’s last fall – the sweet and lovely Molly who is finally told that she matters (sob).

In among these great performances, Katherine Parkinson as tabloid hack Kitty Riley does a great job as the girl who thinks she’s outwitted Sherlock, when in reality she’s being effortlessly manipulated by Moriarty masquerading as out of work actor, Richard Brook.

The episode ends with the much-discussed rooftop stand-off between Sherlock and Moriarty where we see Sherlock sacrifice himself and his good name in order to save his friends. Or does he?  The question of whether Sherlock survives is a moot one since we know that series 3 is being filmed as we speak; however the question of how he did it has kept the interwebs busy in the nineteen months or so since this episode first aired.

As he prepares to throw himself from the hospital roof, Sherlock tells Watson on the phone “Nobody could be that clever.” “You could” says the best friend a man ever had, and we as viewers can only sit nodding vigorously in agreement.

Show runner and all-round evil genius Steven Moffat recently said that there was a clue that everyone missed in this episode. With everyone from hard core forum-dwelling fandom to red top dailies examining the rooftop fall in minute detail, it’s hard to figure out what could have been missed. Let’s hope that all will be satisfactorily explained come series 3, but in the meantime put this episode on one to watch and re-watch until you think you’ve figured it out. And even then, you can pretty much bet that you haven’t got it figured at all.

So how do you think Sherlock survived the fall? Let us know in the comments below!