The drawing board is a scary place for any creative. Half way between the mental seed and the physical manifestation of an idea it’s a part of creativity that is fraught with much emotion. It was while soaking up the pool of fascination that was Dreaming the Impossible: Unbuilt Britain, (so great it was named twice – Unbuilt Britain in itself is a fascinating enough title on its own) that we discovered just how much creativity and thought influence the process of life. 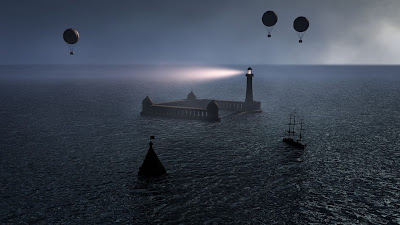 London is undoubtedly a great city, one that its architecture can easily attest to, but when you look at the architectural forms that almost came to be you can only conclude that things could greater. Just maybe… Especially when you look at the superb designs that could have made London’s already World Heritage Grade 2 protected Regent Street into something quite different than the pedestrian and shopper filled stress fest it can often be. In fact the full proposal of a central London encircled by a ten mile long glass corridor almost makes those strenuous Sunday trips to Hamleys and Nespresso like stepping into a glorious history of what could have been.

Sir Joseph Paxton’s 19th century proposal the Great Victorian Way with its glass topped walkway that would house the perfect mix of shopping, entertainment and places to stay still has a modern feel to it on the very needles edge of the 21st century. Indeed, it’s just what has been constructed in many capital cities the world over using his glass age tones of modernity.

It’s hard to deny it’s not a tempting vision but then again a plan submitted by Geoffrey Jellicoe of having the ground of Regent street as a motorway and walkways above for pedestrians could also have been a thing of extreme beauty if executed well enough. Town planning is surely not the most common of dinner conversations but the sheer fun in knowing that a tunnel for ‘working class people’ under the streets to keep them out of the way of the rich was once proposed for London is priceless.

Even Jellicoe’s 1960’s proposals for Motopia bear some scrutiny – the prospect of a grid style city where the traffic traverse the roofs of buildings is something that probably wouldn’t work in this ever more challenging time but it does sound an excellent idea if done with utmost care. Presenter Dr Olivia Horsfall Turner does the subject matter duty and makes what could have been a rather dry documentary into a journey into what could have been and may well be.