Why We Love… The Cassette

There are certain objects, words and as such ideological principles that define people to a definitive point in time. For some a radio is still known as a wireless, while for others the idea of sending mail that involves paper and the physically written word is an alien concept.

Few things in life can pinpoint the passing of generations than the rapidly evolving formats in which each particular time frame has stored and ultimately shared its soundtrack for posterity. As such for many of us of a particular age group, the cassette tape was, and will forever be, so much more than a humble plastic vessel to house a coil of magnetic tape.
Long before the digital age lead us back into a yearning for what we now call 'retro', The Cassette Tape was a portal into another realm. No web links, no downloading endless play lists on shuffle, the cassette was written in stone, this was the order and this was the playlist.
For many of us that portal led us into our teenage years, whereby the soundtracks to the scene in which we found ourselves in was passed around in the form of compilation and mix tapes, be it metal, punk, techno. The Cassette was the means for your new treasured discoveries to be gathered together in one place in a set order, and of course the kudos of passing people tapes with the latest cool band or DJ set that you felt you had personally discovered and had to share it with your chosen brethren.
Now don’t get me wrong here, as the idea of being able to store 10 hours of music on my mobile phone is something that is a wondrous advance in technology. However the physicality of music and in a sense, the intrinsic value of it as a standalone piece of art in its own space and time has somehow been lost a little in my eyes. Plus how often do we hit that skip or shuffle button as we have too much choice to decide?
Yes the Cassette had 2 sides, but that half way point gave you the mental space to digest what your ears had absorbed . That ordering of tracks be it an album or a mix tape took you on an emotional journey as intended by the ordering of the tracks, as all stories must have a start a middle and an end, and you as the listener were mentally partaking in that story .
So like the tools and technologies of those who have came before us, the cassette, the sense of horror that came with the tape tangling in the tape deck. The discovering that your walkman batteries are getting low by the real time slowing down and lowing of the pitch of the music you are listening to. Or, that special relationship between the biro pen (my personal preference), and the cassette tape in times of crisis, will eventually fade from the collective memory as the reel comes to an end, the play button clicks back into place, and we remove the cassette from the tape deck and lovingly house it back in its case till next time. 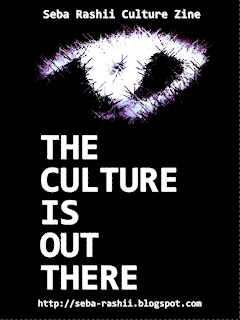