When we first heard news of this E.P. we were excited – having impressed us with their last single Mary’s Gun, Brighton quarter Novella have never really left our mental Mixtape. 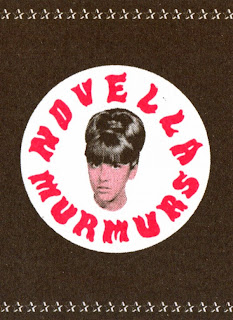 Opening with the sonically off kilter Blue Swallows, a song that creeps with psych fuelled ease from the speakers, it’s a notable start. The bands trademark deep melodies fill the song – and although there’s only four of them it feels like there are a great many more players as the production brings out the psych inspired big sound that they do so well.

This is followed by more down played sound of Phases, a progressively faster song that escalates perfectly through many phases of sound. As you may have read back, that is just what the title implies and exactly what happens. The mostly instrumental track is as addictive as their best work and adds to a very impressive E.P. that, although not an obviously easy listen from the genre tag – makes for very pleasing music. It all goes to show that genre is but a name!

Next up we have Follow, a perfectly formed semi-jam with very minimal vocals and excellent beats. It’s in the same addictive vein as previous single Mary’s Gun and keeps you listening right until the end, with no reason to ever press the forward control. A slower version of Mary’s Gun closes the E.P. and rather than being padding it’s a fitting close to an E.P. that quite possibly one of favourites of the year.

Rather than losing any of its power the song benefits from the slower take, with the Shangri Las inspired lyrics being shown off even more and proving that they can slow it down and still produce excellent music.

With an album to follow next year – you know this will be on your listening device for a very long time. There are all the ingredients here for that oft-quoted magic listening moment and you would do well to check this out – especially on cassette!