Following the almost pastoral Music for Objects earlier this year, CFCF follows it up with another record that, although one that could easily make the perfect soundtrack for a chilled evening walk with a favourite person, never once makes you utter those mood killing words ‘elevator’ and ‘muzak’. 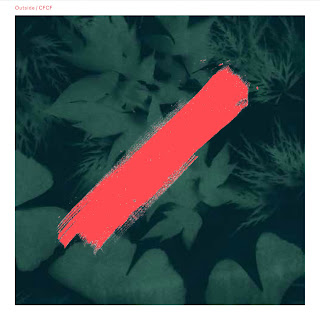 There are traces of a quieter, ambient soundscape forming Moby here as the record streams along at its own measured but beautiful pace and the mood that early William Orbit produces is present as well in good amounts. But comparisons don’t tell you how entrancing the music of CFCF actually is – and that is the exact word for it on many occasions.

If Music For Objects was quiet rumination with simple melodies for an internal dialogue, then Outside is quite literally a step through the metaphorical door out into the blinding sunlight. The suites are more expansive, with added vocals and extended synth solos that shimmer with an electronic grace that can’t fail to escape even the most unmovable listener.

We hear rain forest birdsong samples, wave like synth and vocals that aren’t so much the traditional ethereal vocal over the mix but another instrument to make you wonder what the scenery it wants to show us may be. Find uses guitar to great effect for an emotional instrumental moment that communicates much with not a word spoken. Similarly, the slow build of The Forest At Night recalls the ambient movement of dance music’s earliest days whilst Feeling, Holding seems to recall images of those nights in the city when watching the illuminated buildings is a pleasure unlike any other with its measured vibes.

The songs tell a loose sonic story from the listener’s point of view, and it’s one that could be very easily be of your own making if you wanted it to be. The music is not in your face dance beats and four on the floor break downs; rather it is a sophisticated journey down the river of life with ambient synth and the occasional beat.

Just as previous release Music For Objects had us reflecting on it for many listens afterwards this is one that, whilst not as sonically beautiful in concept, is never the less well worth a listen.