As the countdown to the worldwide simulcast of the much anticipated anniversary special gets closer to its final call we take a look at some of the highlights of fifty years of storytelling. There may be controversy, head nodding or even Dalek mugs thrown in derision – but all we know is that this list is to our minds a good indication of why, despite some scratchy patches, Doctor Who is a phenomenon well worth recognising... 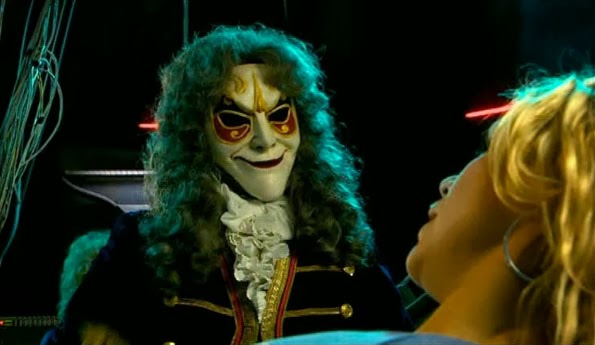 Written by current showrunner Steven Moffat and loosely based on Audrey Niffenegger’s gorgeous and jolly sexy The Time Traveller’s Wife, The Girl in the Fireplace tells the story of the Doctor, with companion Rose Tyler and new addition to the TARDIS Mickey Smith, arriving on a seemingly abandoned 51st century spaceship. The spaceship bafflingly has time windows punched through it leading to 18th century France, all directed to points in the life of Reinette Poisson – Madame de Pompadour.

Reinette is being stalked through time by beautifully constructed, intricate clockwork droids from the spaceship dressed in the garb of 18th century courtiers and wearing horrifyingly banal masks and it seems they need her brain. The droids are punching holes in time and space in order to find a version of Reinette who is ‘complete’. Not understanding why 51st century droids would need the brain of an 18th century French woman, the Doctor nevertheless follows the time windows, appearing at different points in Reinette’s life, while she takes ‘the slow road’ through time.

The relationship between Tennant’s Doctor and Reinette, played so memorably by the luminous Sophia Myles, is both touching and tragic. And it’s a genuinely beautiful love story. The Girl in the Fireplace interrupts the Doctor and Rose’s transformation from joyful, time travelling buddies to a pair of smug gits as the Doctor meets a beautiful, clever, accomplished woman who can see into his mind and dubs him her ‘lonely angel’.

There is the side story of Mickey and Rose battling the droids aboard the spaceship as the droids seek to harvest their body parts to power the ship. Here, Noel Clarke as Mickey begins his own transformation from general bumbling twit into something else as he braves a new universe he’s never known before, while Rose has to watch on as the Doctor falls in love with another woman.

The episode has some brilliant comedy with the Doctor, apparently drunk, having invented the banana daiquiri a few centuries early, and a horse called Arthur. The Girl in the Fireplace also has some of the most sublime dialogue in any episode of Doctor Who we’ve ever seen.

One of the best aspects of The Girl in the Fireplace is that the mystery of the story is never revealed to the protagonists. It is only at the end that the viewer is given a glimpse into the reason for the clockwork droids’ relentless pursuit of Reinette. The droids themselves are an instant classic in the roll call of Doctor Who enemies. They may be following a mindlessly stupid and ridiculous plan, but they’re no less dangerous and terrifying for it.

Reinette, like Sally Sparrow in another famous Steven Moffat episode Blink, is a could-have-been companion who leaves you wishing for more. By the end of the episode, the viewer is left with an aching pain as large as the Doctor’s at how absolutely magnificent a companion Reinette would have made. 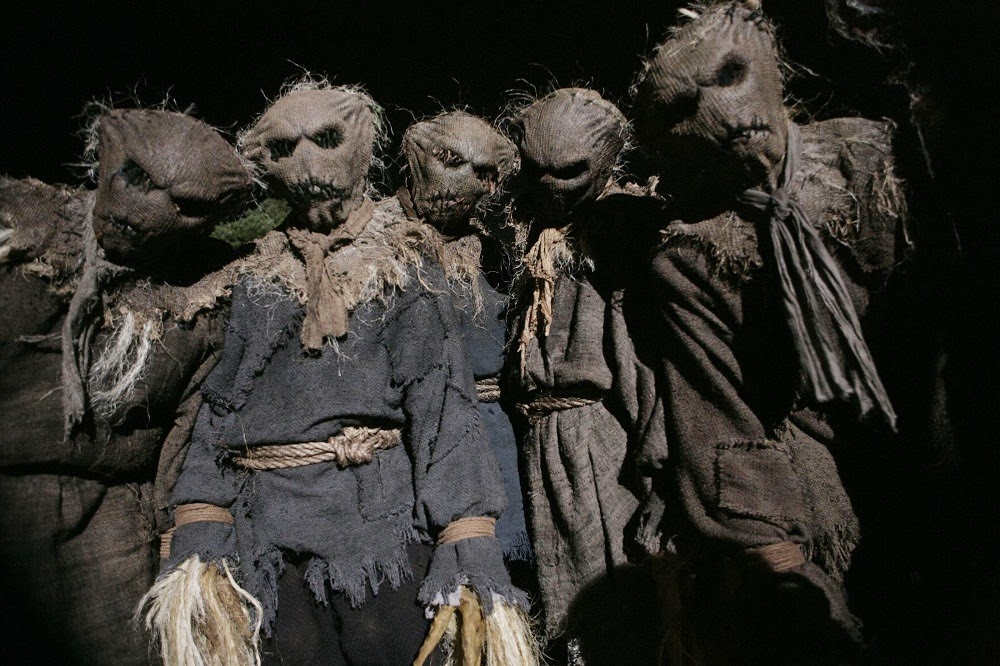 Human Nature/The Family of Blood // is arguably the best two-parter in modern Doctor Who. Written by Paul Cornell and part of David Tennant’s second series co- starring Freema Agyeman as companion Martha Jones, this story is set in 1913 England in a boys’ private school.

Having been pursued by The Family of Blood who want his life force in order to live longer, the Doctor is forced to hide his Time Lord self inside a chameleon arch, which appears as a fob watch-style device, and become human. The Doctor trusts Martha to watch over him, as he loses all memory of being a Time Lord and becomes a man called John Smith who works as a teacher at Farringham School for Boys with Martha as his servant.

While John Smith lives an ordinary life, even falling in love with young widowed school nurse, Joan Redfern, played by the always top quality Jessica Hynes, the Family of Blood land in the words near the village where the school is situated, in search of the doctor. Taking over the bodies of the inhabitants of the school and village, the Family discover te Doctor’s whereabouts when schoolboy and telepath Tim Latimer (a young Thomas Sangster) finds and opens the Doctor’s fob watch, giving him an insight into the Doctor’s world.

The Doctor’s world bleeds its way into John Smith’s dreams and he records it all in a book he calls A Journal of Impossible Things, which includes beautifully drawn images of the Doctor’s TARDIS, his foes and even - in a fan-squealy moment - his previous incarnations.

The Family is a genuinely frightening foe; Harry Lloyd plays Son of Mine with an effortlessly sinister sneer and Lauren Wilson’s Daughter of Mine, a sweet little girl with a red balloon, is out-and-out creepy. As the Family closes in on John Smith, he must make a dreadful choice – to remain human and live the one thing a Time Lord cannot – an ordinary life with the woman he loves – or to become a Time Lord again; lonely and facing almost constant danger.

Tennant is on top form here and clearly revels in playing two completely different characters. It’s a testament to his acting ability that he does so, portraying human torment and the cold power of a Time Lord, with such ease.  Agyeman as Martha shines too, among a cast of the highest quality, as Martha has to battle prejudice – both class and race – to protect the Doctor from his enemies and from his human self.

The Family of Blood ends in the most dark and satisfying of ways as it’s revealed by Son of Mine that the Doctor’s hiding was an act of kindness and we see the vengeance enacted upon each member of the family.  Latmier’s story is wrapped up in the most poignant of ways as the Doctor and Martha visit him, an elderly survivor of the Great War.

This two-parter is widely recognised for its excellence of writing, acting and direction and rightly so. A great episode whether you’re an old fan or new to the show. 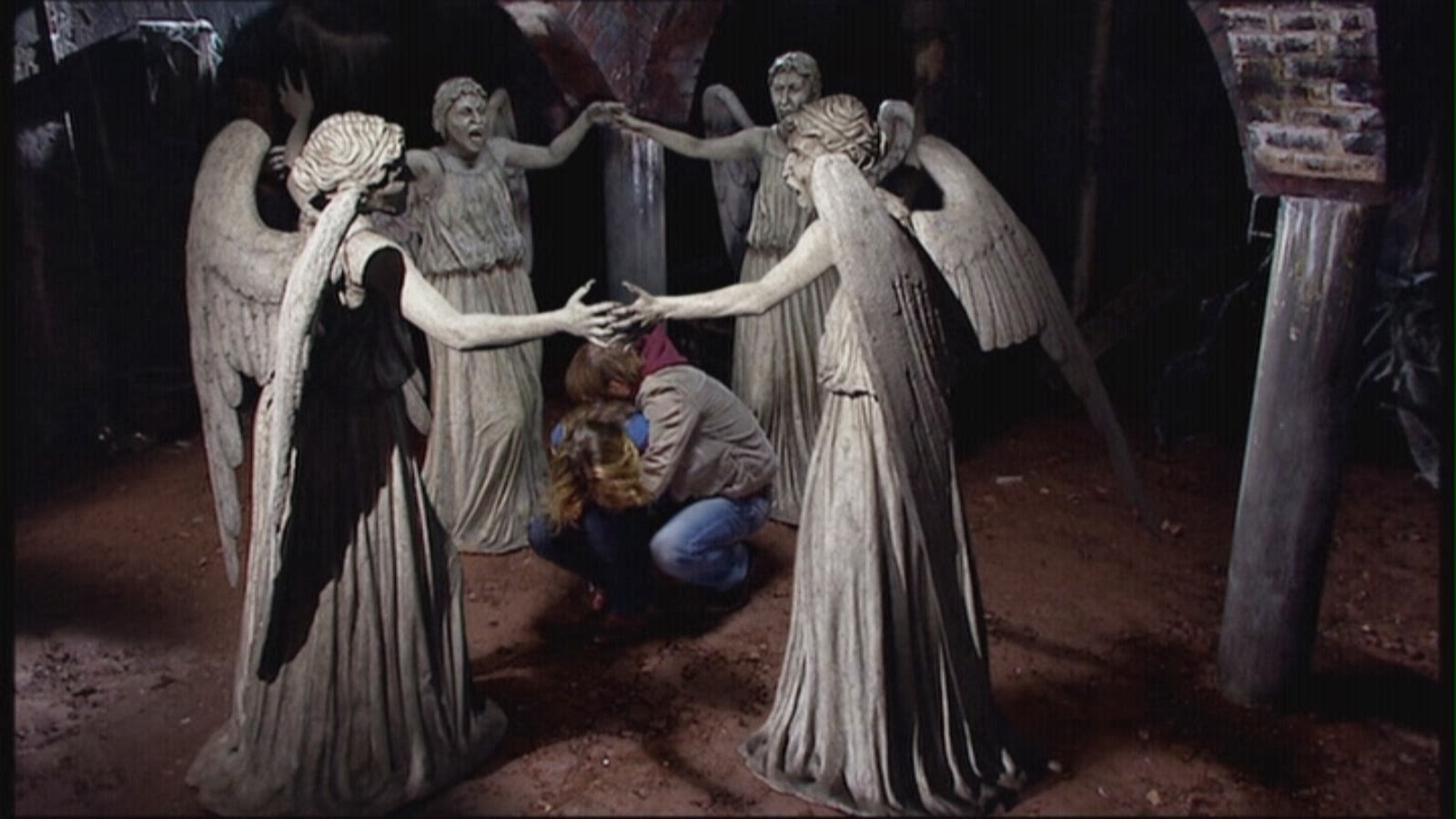 Blink// is frequently voted as one of, if not the best Doctor Who episodes ever. And rightly so; hence its place on this list of essential episodes.

Written by Steven Moffat, Blink is what’s known in the world of Who as a Doctor-lite episode – with little actual screen time given to the man himself.  Instead, lead role duties fall to a pre-fame Carey Mulligan who stars as Sally Sparrow, one of the best non-companions in the history of the show and featuring one of the show’s scariest villains ever, the Weeping Angels.

The Weeping Angels are a perfect and perfectly terrible enemy for the Doctor. When you look at them they are statues and can neither harm nor be harmed.  But look away from them, turn away…even blink…and they become a deadly assassin. A touch from an Angel will send you back in time where you live to death, your potential life taken by the Angel as energy.

The Doctor and companion Martha are trapped in 1969 after having been touched by an Angel and it’s up to Sally Sparrow and über-geek Larry Nightingale to get his TARDIS back to him so that he can escape the slow road.

Everything about Blink is superlative, from the script, acting, set design, direction and even the score.  The entire cast excels, even those who only feature briefly. Massive credit goes to Lucy Gaskell as Sally’s chum Katy Nightingale and Michael Obiora and Louis Mahoney who play the young and old Billy Shipton, who must live for years to give a message he’ll never understand to Sally Sparrow.

The script for Blink is knowingly clever, with references to internet geekery, DVD easter eggs and there’s even a Scream 2-style play on plot clichés. But despite its cleverness, Blink is never less than terrifying and I defy you to try not keeping your eyes wide open as Sally and Larry try to flee from a quartet of menacing Angels. Or to see a statue in the street and not be just a little bit scared. 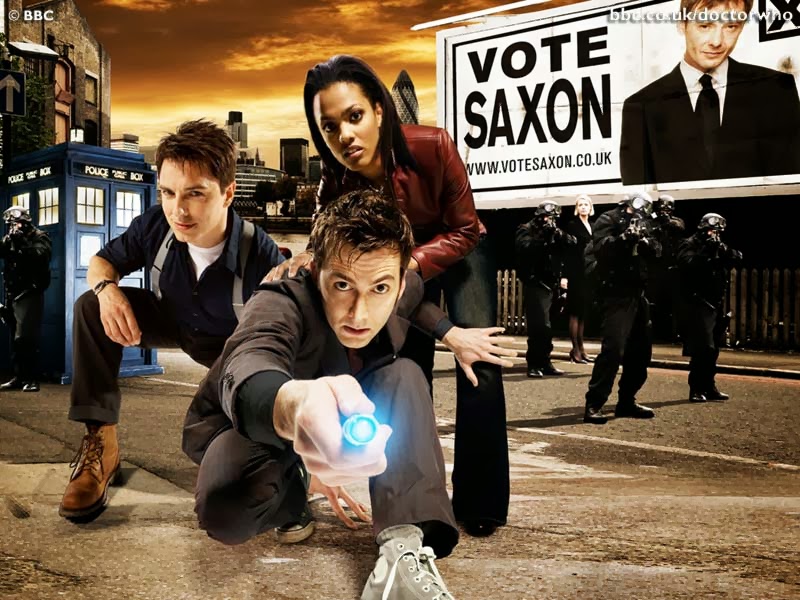 Utopia/The Sound of Drums/Last of the Time Lords // This three-parter from the end of David Tennant’s second series of Doctor Who squeezes so much goodness into less than three hours it should be made available on the NHS.

These are the episodes that saw the return of Captain Jack Harkness (the magnificent John Barrowman) as former Space Agent and current leader of the Torchwood Institute in Cardiff. They also see the introduction of the Doctor’s ultimate nemesis – fellow Time Lord, The Master.
In Utopia the Doctor and Martha, with Jack in tow, travel to the farthest reaches of time; the universe collapsing around the last remnants of mankind.

They encounter Professor Yana (Derek Jacobi), a genius scientist who is trying to build a rocket to transport the last humans to the fabled Utopia. But Professor Yana has a fob watch. A fob watch very like the one the Doctor used to become human in Human Nature/The Family of Blood.

Derek Jacobi’s transformation from the gentle, philanthropic Professor Yana to the Doctor’s dark twin (metaphorically speaking; they’re not actually twins) is an acting tour de force, with thrills and horror in equal measure as he hisses the immortal “I…am...the Master.”

The interplay between Jack and Tennant’s Doctor – it’s the first time they’ve met here – has testosterone oozing all over the place. Immortal since Rose brought him back from the dead, Jack finds the Doctor unable to accept him. In an ultimate display of men being men, it takes Jack being locked inside a deadly radiation chamber at the end of all things; a door between them, for Jack and the Doctor to open up about their feelings. It’s a scene that shows what television can do at its absolute best.

As Derek Jacobi’s Master is mortally wounded by Professor Yana’s faithful companion, Chan Tho, he regenerates into a delightfully malicious and slightly crackers John Simm, who escapes to present day Earth and becomes the Prime Minister of Great Britain. As you do.

The Sound of Drums and Last of the Time Lords take the viewer on a bonkers journey as the Master takes over the world with the help of the Toclophane, a truly horrifying race, especially once their origin is revealed. With the Doctor rendered helpless, it’s up to his companions to save the day. And it’s here that Freema Ageyman as Martha Jones truly comes into her own. Travelling the world under the improbable cover of finding the parts of a weapon that will kill the Master, Martha helps the Doctor to rescue the Doctor and save the Earth.

Ending with a Martha so disturbed by events that she leaves the Doctor and a Master who may or may not be dead, these episodes are a non-stop adventure and tons of fun despite a Bobby Ewing in the shower, cop out ending. Worth the ride just for the brilliant return of the Master!