One question popped into my head as I waited for the first act to start: ‘Are these bands good enough to be deemed as the pioneers of Liverpool’s everlasting cultural and music movement?’ This reviewer says ‘without a bleedin’ doubt!’ 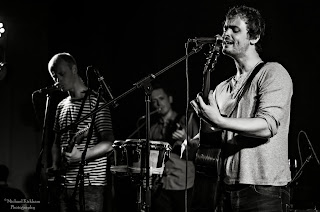 Let’s start with the supporting acts, Red Sails (pictured) started the night off with their beautiful, if not haunting, alternative sound accompanied with their evocative lyrics reminiscent of Bob Dylan and the Beatles, then the explosive riffs and dynamic rhythm of Sugarmen unquestionably confirms that Liverpool’s position in the field of rock is alive and well, the lively sound of the stylish Hummingbirds displayed an explosion of home-grown skiffle and country and then finally, the main act of the night was The City Walls. Their amalgamation of classic folk rock and rock n roll accompanied with haunting lyrics that oozed beauty and truth brings to mind why Liverpool are such exquisite producers of not just bands, but bands that drip with potency and passion for their music and lyrics.

Red Sails began the night with a beautiful sound. While they were certainly not the strongest band in the line up, they brought a breath of fresh air that you fail to discover in a music industry crammed with pretty twelve year old boys and girls that can’t sing a tune unless autotune is involved. Kerry Turley, a devoted fan of Red Sails, praised the band: “I can’t even begin to explain how great they were and always are. They are just brilliant musicians with brilliant songs!”

Sugarmen were, without a doubt, one of my favourite acts of the night. Their sound was absolutely electric and the explosion of pure and true rock and roll created such a vibrant atmosphere amongst the crowd – something I myself was not expecting to see from this band. Fans of Sugarmen remarked on how the band was even better than they had imagined.

Their performances threw me into one of those moments where you wonder why these guys aren’t headlining a major music festival, and performing on the official soundtrack of films like Scott Pilgrim or any other British made film, with their music resonating to The Doors, Sex-B-omb (Scott Pilgrim fans will understand this) and the Rolling Stones! Rock has finally found a new and promising band. 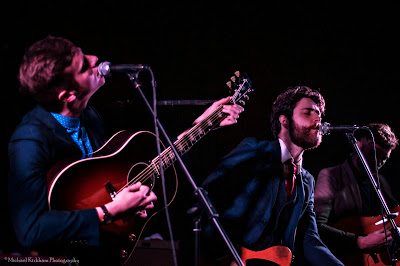 The Hummingbirds were certainly the most stylish of the acts that performed on Friday night and proved that British music is alive and well. It certainly reminded me of a certain band from Liverpool that did quite well and were famed for their appearances in suits. The Hummingbirds were perfect from their first song to the last one, with their fascinating combination of modern skiffle, country and blues! They were an interesting contrast from the Sugarmen, I can tell you that, but it flowed beautifully from band to band. I’ve liked their Facebook page, subscribed to them on SoundCloud (as I have done with everyone else) and look forward to seeing them again in the future! Plus one of them had a great beard and moustache. 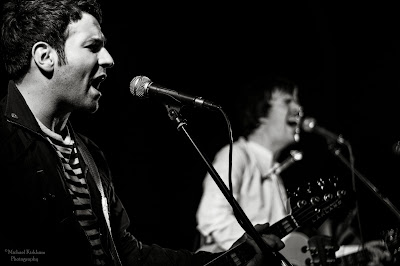 Finally, the main act for tonight was The City Walls. The band everyone in the room had been waiting for and they failed to disappoint! They were absolutely wonderful to listen to, and they were a band that just oozes talent and well deserved the response the crowd had given them! Their E.P. was absolutely amazing and it fails to leave my IPod and now it is set to repeat! I seriously recommend people go and buy this E.P. or you’ll be sorry! I mean seriously, don’t mess around with a Scouse band, lad. Just buy the damn E.P.!

Their classic folk rock was reminiscent to that of Bon Iver and Bob Dylan however The City Wall still managed to ooze ingenuity and originality, and it is no wonder that Paul Crowe and the City Walls are such a recognisable part of Liverpool music.