On The Scene // Ali Ingle's 'Do Robot’s Dream of Christmas?' feat Yarbo & Angle

You can’t argue with a giant robot. There’s an episode of a certain sci-fi based comedy from the late 90’s that references the building of a giant robot as an all round retribution solution but on a night like this in a season filled with (mostly) joy that was not the way. The rather impressive hand crafted robot with Christmas hat that dominated the stage in its cod-aggressive (if robots had emotions) people snatching stance almost threatened to overshadow both literally and figuratively the fine music that graced the stage of Liverpool’s East Village Arts Club. 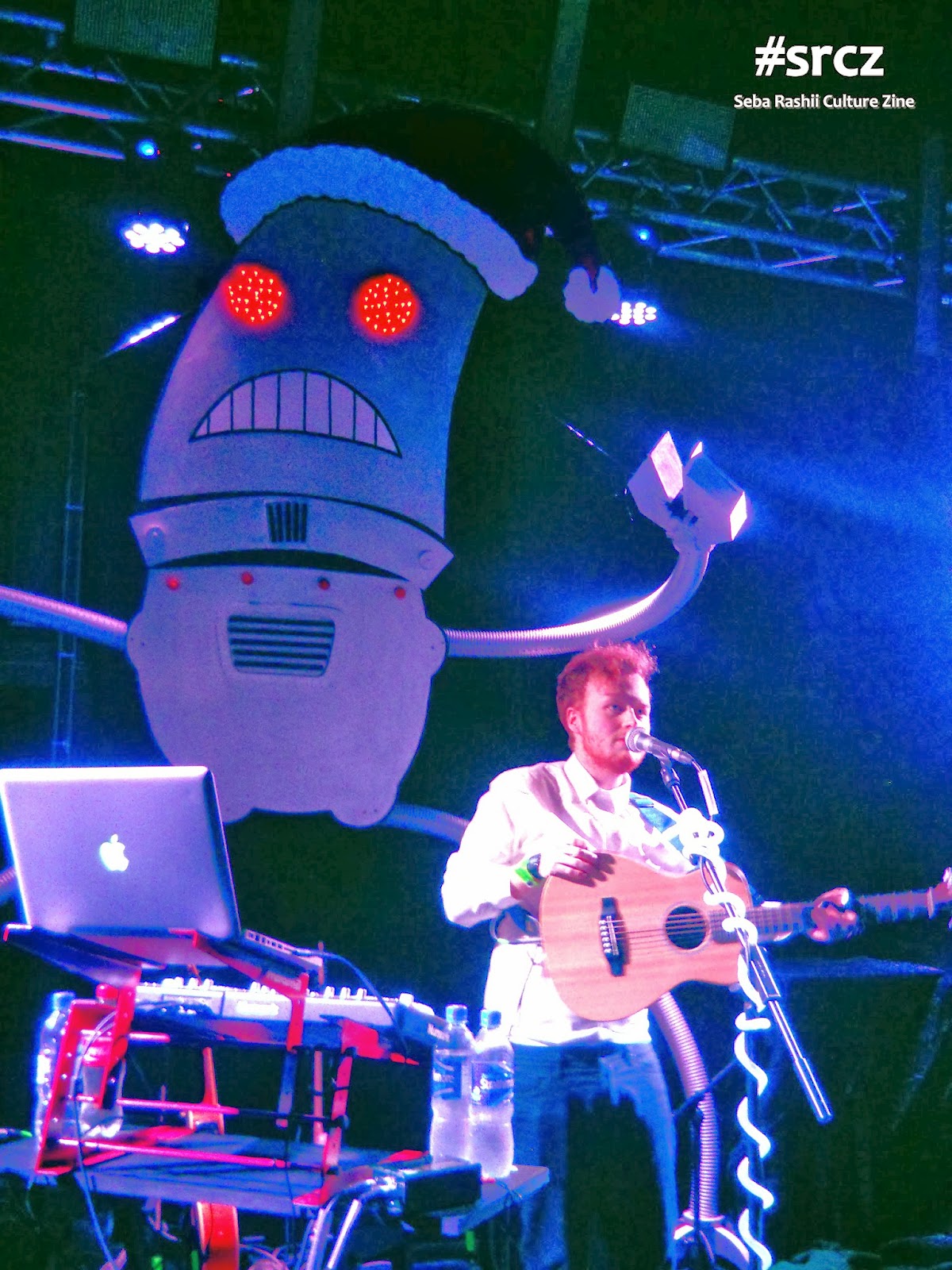 The night began with a stomping yet subtly seasonal DJ set from Angle, with a healthy crowd pushing the beats in the right direction all the way. It was an exciting, youthful introduction to a never less than jubilant evening and although the initial jump from thumping bass to the quieter set Yarbo delivered with a hesitant but charming style was jarring it in the best of ways.

Yarbo joined our friend the robot on stage soon after angle took his bow and it was announced not by a mic tap and hesitant come hither but by the audience themselves crowding around instantly. A disinterested audience this was not – and despite their delicate sound taking a knock slightly in the cavernous venue their excellent song writing won the day in the end. Closer Sleep Forever and earlier song Phantasmagora both impressed us particularly and we’ll look forward to future music from Yarbo particularly…

But not even a giant robot could dwarf the already not overly statuesque Ali Ingle (pictured) as he arrived on stage in tandem to the capacity crowd swooping towards the stage for the best slot. We’d heard the voice before but this was the first time to see the man himself on stage and it wasn’t a disappointment. The band was in tune with the music in all the best ways with even the silliest song came out with the most convincing delivery possible.

With quite a lot of shouts from the crowd involving ‘Fuck, yeah’ as their main point it clear the fans were happy and that made Ingle himself even more infectious. The raw yet golden vocals we already knew on record are just as good in the live setting and with a sound that isn’t so much in your face as it is a warm massage on the frontal lobe with well written lyrics and good musicianship it was hard to deny the energy on show here. Favourites Ribcage and Jekyll & Hyde got a huge reaction; deservedly it has to be said with the “fuck yeah’s” coming ever stronger and the robot mask tossed out to the audience earlier going round the room in ever more imaginative ways.

Did we mention the fact that this gig was possibly one of the best we’ve been to for a while as well? Not just the music but the attention to detail, the attentive audience and artists and… that robot.