School of Night's self titled E.P.  released in the UK on Transgressive Records, is the debut solo project from producer and multi-instrumentalist Darby Cicci of Brooklyn three piece The Antlers. 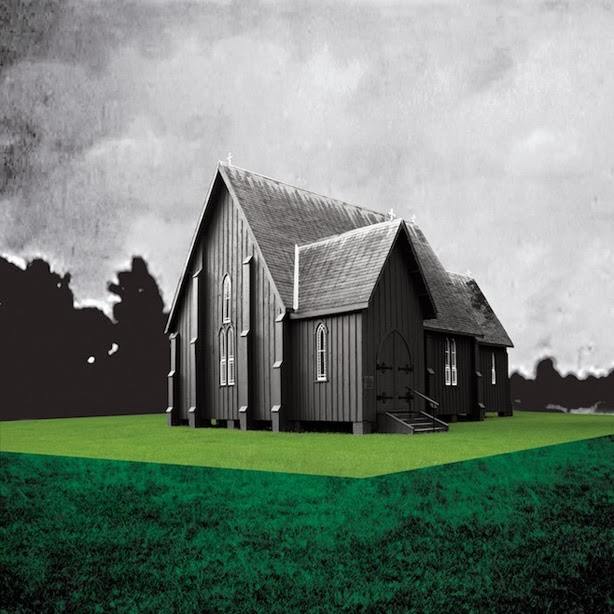 Although far from being a one-man replication of the music of The Antlers, School of Night comprises itself of some very familiar musical tropes from the get go with saturated, layered sounds, lofty vocals, chiming piano melodies and subtle brass motifs throughout. The record's defining sounds were crafted through the labours of love and late nights over 2011 and 2012 in Cicci's apartment, he himself citing that the project's nomenclature arose quite simply from "playing synths in the dark" over this period.

The opening track Lying begins proceedings, juxtaposing any preposition the EP's pseudo-ominous title may harness with an bright, characterful synth sequence laying the foundations for lush and spacious vocals. Lying  also serves to set the mood lyrically, flirting with the ego while remaining beautifully sincere and declarative. “There is something I need to tell you, I’ve been calling all day and night. Sorry, when can I see you? I’ve been patient, I’m impatient. I’d close my eyes, but I’m afraid to, feel the slightest disengagement.”  The airy tone continues throughout the next track Doktor, driven by echo-laden trumpets and a simple yet organic piano motif, the contrasting weight provided by a simple yet effective backbeat. This is one of the brighter tracks on the EP and perhaps sonically at least, the furthest removed from Cicci's roots in The Antlers.

Nestled rather neatly at the heart of the record is Fire Escape. Arguably the most polished track, it fits delicately consistent with the mood of the EP, albeit a touch darker and tips a hat unabashedly to Antlers' track Corsicana, with which it shares both an acrimonious tale of codependency and a burning house. Again, Cicci toys with lines such as “Come closer to me, I might give up this time. Come closer to me and I’ll try.” that serve to display a human fragility that frames the record thematically.  Play Dead follows, delivering an altogether more sinister narrative with lines like the opening, “The trouble started when I knew what I was capable of.” being wonderfully implicative.

Pairing this with an otherworldly synth backdrop, suspended over a minimal, cymbal-heavy rhythm and near funereal brass accompaniment the track circles and swells, a sense of some intense resolve loads itself in the listener's mind, but rather frustratingly the hammer never seems to fall. Vacuum offers a well timed and welcome sense of resurfacing from the murky heart of the E.P, echoing the lightness of earlier tracks. With pristine, playful arpeggios and a uplifting guitar hook, the track conveys almost, a sense of elated relief that make it an enjoyable and memorable closer.

At thirty-one and a half minutes, this five song E.P stands only a track or two shorter than the average Antlers album, and one is perhaps left wondering whether an E.P this generous in length could have been utilised a little more diversely. Each track rolls by at an over familiar, solemn pace that certainly serves to reinforce the sorrowful whimsy of the E.P initially, but ultimately fall all too quickly into the realm of languish.

That said, the record certainly has heart, a consistent tone and a personality indicative of one man's personal experimentation, but it simply lacks perhaps, the mellifluous melancholy and visceral impact presented so adeptly in Cicci's collaborative efforts.  Overall, School of Night serves well as an isolated example of Cicci's influence expressed within the Antlers, is well produced and thematically consistent. Cicci's vocal performance is excellent throughout, and a sense of spaciousness and thoughtful solitude is ever present.