Once remarking that Get The Blessing were “the punk entry” and “total outsiders” after their debut record All is Yes received the BBC Jazz Award for Best Album in 2008, it was clear that the foursome were not afraid to tackle the fearsome preconceptions of the jazz world with virtuous audacity, even if their initial reception and success came as a surprise. 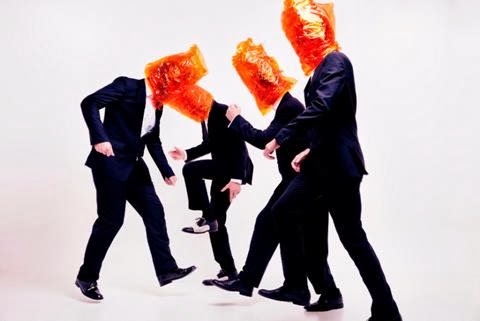 Comprised of four unique talents, brought together through a mutual love of the music of Texan saxophonist, violinist and trumpeter Ornette Coleman, (Famous for his innovations in free jazz in the 1960's), each member has experienced a wealth of success in their own right. Most notably perhaps are session musicians Jim Barr & Clive Dreamer who together formed the rhythm section for trip-hop giants Portishead. The horns are manned by Jake McMurchie on saxophone who has also shared recording time with Portishead and the NYJO and experimental musician Pete Judge of Three Cane Whale and Blurt on trumpet.

The Bristol's jazz-rock quartet's latest offering Lope and Antelope released on the Naim Jazz label in January of this year is an exciting and adventurous sonic venture. Recorded as an exercise in exploring works outside of their comfort zone in an attempt to break some of their previous recording habits, the band took to a former Pembrokeshire potter's workshop with naught but a collection of ideas and a handful of electronic gadgets and gizmos.

Each imparting their own unique musical genes into the mix, the quartet have developed a truly unique blend of talent, vision and eccentricity. Dreamer's wondrously perplexing rock beats and polyrhythms in particular hold your attention through the album's morphing transitions. Clear, precise and expressive, Dreamer manages to squeeze every ounce of his art into the music regardless of theme or meter while retaining the creative focus on the ensemble.

The band have become renowned for their use of guitar effects pedals and other effects wizardry in their live performances, but never before have they integrated their use so extensively in the recording phase. The use of delay and distortion on Little Ease in particular invoke respectively, senses of distanced intrigue and intense weight that balance the track's groove wonderfully.

As an album, Lope and Antelope serves as a virtuoso display of thoughtful and raucous melodies, delivered through a laboured process of intense experimentation, all underpinned by the pin sharp grooves of Barr & Dreamer. Lope and Antelope is a very accessible jazz-rock offering which in itself is rare; it's sure grooves and modern edge perhaps holding it more relevant to a younger, wider audience. Deeply varied, the album lures you from the sounds of the Parisianesque lounge with the truly psychedelic theremin-sax fusion of opening track Quiet, through the driving, slow-resolving discord of Viking Death Moped, all the way to the jazz rock movements of closer Numbers featuring some delicious guest guitar from Portishead guitarist Adrian Utley.

Both Get The Blessing and their music are a little bit special and a pleasure to experience and Lope and Antelope is nothing short of spectacular. It is a well delivered improv album and an excellent demonstration of how to explore new directions successfully (not to mention exploring the possibility of words ending in -ope). The band themselves describe it most beautifully as “The culmination of 4 days of recording, 3 years of gigging and 12 years of drinking tea and gin.”

Get The Blessing are touring the UK with Lope and Antelope in March of this year.