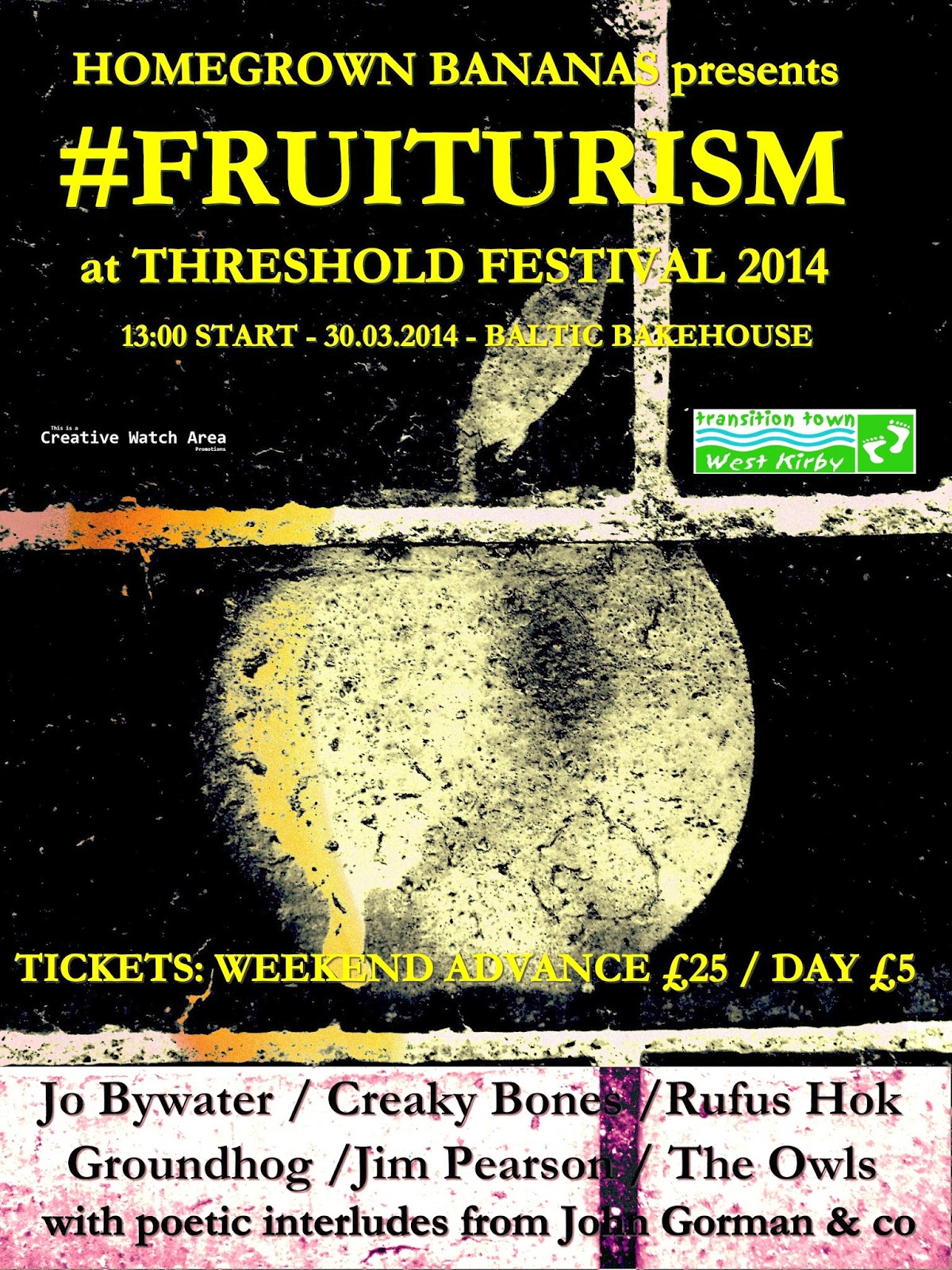 Wirral based music event Homegrown Bananas will bring their distinctive brand of music across the water to Liverpool for the first time for a very special event as part of Threshold Festival. (Tickets here)

Having developed a local following for their regular events and festival appearances, the event team have taken their roster of bands around local independent venues in West Wirral, curated a rapturously received line up at Wirral Earth Fest 2013 and are proud to be part of the outstanding line up of Liverpool’s Threshold Festival, now in its fourth year in the up and coming Baltic Traingle district.

The line up features a mix of regulars and new comers from either side of the water including Jo Bywater, who’s recent EP Chasing Tales has been gathering much praise,  Jim Pearson, with his reality tinged semi-political songs that keep your ear on them with an uncanny ease and local favourite Rufus Hok to boot it's an excellent line up already!

Add to that some of the regular players from the Wirral events including Coast (with an extended line up on this occasion), Groundhog, The Owls and alt-blues legend Creaky Bones and it will be an unmissable event at an already excellent festival.

Tickets are £5 on the day and £25 for a weekend advance ticket. Drop us a line on sebarashii@rocketmail.com or visit Skiddle  for tickets and info.