Last year we saw the first festival, (or indeed anywhere), appearance of multi-media concept performance Operation Lightfoot. This initial show is followed up this year by an extended and enhanced show at the gorgeous Nordic Church. So the only logical thing was to ask co-founder Luke Moore some questions about the project! Find out more below… 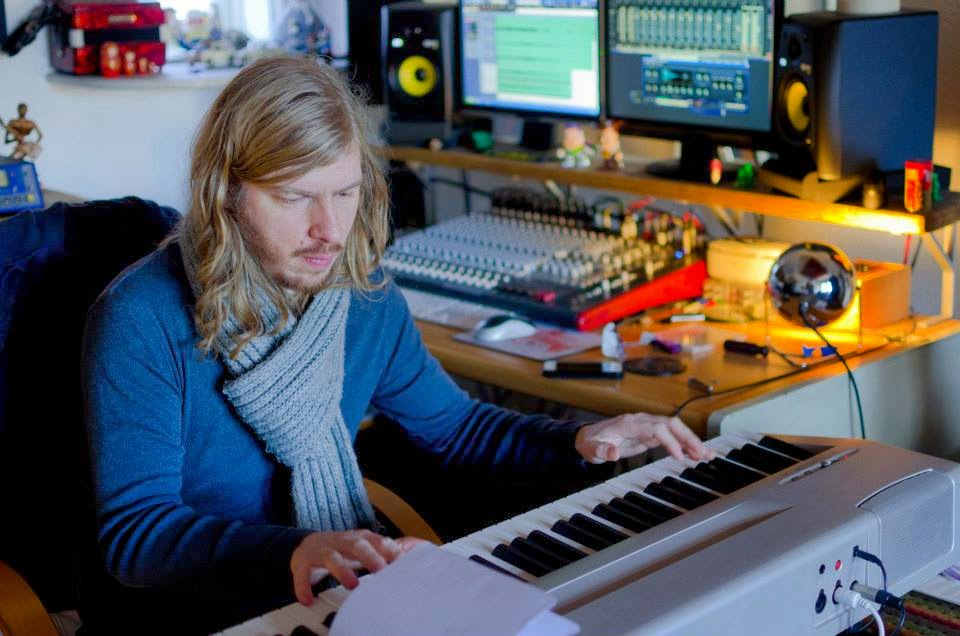 1/ This will be your second appearance at Threshold. What does this year hold in performance terms?

Operation Lightfoot was originally formed just in time for Threshold last year so the festival is close to our hearts.  This year we have a much more polished performance and blended the film and music elements a little more closely - we even open the show with a title credits sequence with a rather cinematic instrumental piece.  Rich and I have also added bouzouki, glockenspiel and some percussion into the mix, so a more diverse sound for sure.

2/ You have extended the cast somewhat this year. Who is involved this year.

This year we’re delighted to have special guest appearances from Vanessa Murray, the first featured artist on the album we’re working on.  Initially she was going to come and perform our debut single, Eighteen, but we’re over the moon to have her on guitar and glockenspiel on the rest of the tracks too.  We also have Molly Hawkins (Mr Wolf Collective) on violin who I originally met on the Saturday of Threshold last year, plus Dan Mitton on drums and percussion.  From last year, we’re excited to welcome back Mersey Wylie and Christian Fa on vocals.

3/ The Threshold experience is a unique one. What, for you, are the best parts of the festival?

Having performed with various acts since it started, I think one of the best bits is the exciting way in which the festival has established itself as the first big music and arts event of the year.  The sense of everyone coming together and the sheer range of talent on show is just amazing!  Hats off to Kaya, Chris, Andy and everyone else involved.

4/ I was party to hearing some impressive recordings from the project earlier this year. What progress has been made since then?

Ah, thanks.  In short, we are putting together an album and a video for each track, all linked through a very simple original concept - what would you tell yourself ten years ago, what would you change, and what would your younger self make of you now?  We’ve pushed the boundaries of that a little to accommodate some of the themes within it, which was always expected, but the songs all stand up on their own, too.  The first two tracks have been mastered and will be launched to coincide with Threshold weekend.

I’ve also been c0-writing with Silent Cities and had the first session with Sophia Ben-Yousef earlier this month.  Both songs are equally exciting and with a sound that is a little bit of a departure from their own material.  In addition to that, we’ve also confirmed Thom Morecroft for a song on the album.  It’s a huge project but we wanted to coincide getting past the first milestone with our Threshold show at the Nordic Church on Saturday.  I’ve been in lots of meetings, too, and further discussions about publishing, releases, a larger scale performance later this year and some other things I’ve been instructed to keep quiet about, for now!

5/ In connection to a previous question, you’ve worked with many of the Liverpool creative scene on this project. Who have you enjoyed working with the most?

One of the great things about my work as a professional session musician and arranger is getting to work with so many different creatives in Liverpool and across the UK.  Our guest artists and musicians are of a consistently high standard, so I won’t single any of them out, however I’d wanted to work with Jon Lawton for a few years and it was only thanks to a chance meeting doing cello for Only Child that I pitched this to him and he came on board shortly after.  Jon has an amazing ear and I also really like his own material, so having him as engineer and co-producer on these first two tracks down at Crosstown Studios has made the whole thing as productive as it has been enjoyable.

6/ In extension, who do you want to work with in the future?

That’s tricky, especially as I’m some way into discussions with some other acts that have expressed an interest in featuring on Operation Lightfoot material so I can’t say too much about them just yet.  There are so many great acts just in this part of the world alone, but I’d love to collaborate in the future with acts such as Ninetails, Book Thieves, Bird plus singer-songwriter Alexandra Jayne.  I also saw an amazing French band called Moongai at Sound City last year and they were awesome.  Collaborations with Goldfrapp, Hybrid, Bear McCreary and Clean Bandit would be a welcome addition to that list, too...

7/ What bands will you be going to see this year at the festival?

As many as we can!  For me personally, I’d like to see as many of our guest artists doing their own sets as possible.  I’m also excited to see Arc Light, The Mono LPs, Judith Ude and Ottersgear but the great thing about festivals is discovering new acts, which last year meant seeing the amazing Inc.A, Alright The Captain and Manukah, to name a few.

The key for us is to continue the momentum after Threshold and finish the remainder of the album recordings and videos.  We’ve got an approximate timetable in mind so we will be focusing on this a bit more, but we’re all really keen to avoid the possible pitfalls of a long recording process.  We’ve every reason to be positive though, after all, people’s time is very valuable and it’s a huge compliment to us and the project to know we have such a talented group of musicians on board.  We’ll be looking to perform live more as well as curate a large show later this year so keep an eye out for details of that.

Outside of Operation Lightfoot, I know Rich has been working on some pretty amazing music videos for a range of his clients and will be performing with his band The Glendale Family.  For myself, I’ve just been commissioned to score a brand new soundtrack for a series of showings of Georges Melies’ 1902 film “A Trip to the Moon” at a festival in May, and will be composing some music to accompany a youth theatre play I co-wrote late last year, which is being performed in April.  I’m also looking forward to performing with The Science of the Lamps as well as the usual exciting array of session work with existing and new clients.

9/ We spoke last year about your love for coffee. We also hear you gave it up recently? What prompted such rash action?

In short, well, I was curious to see whether I could!  Sometimes it’s very easy to book work in over the space of about a 14 hour working day and you can lose track of how much caffeine you’re having, sometimes just because it’s there.  What started as an interesting little experiment became a few days of much more vivid dreams, deeper sleep, a generally fuzzy feeling and then by about day 5, a pretty continuous headache which took a day to clear.  It was bizarre!  And yes, back on the stuff now, albeit slightly less frequently.

Words and interview by Sebastian Gahan. Image courtesy of the artist.