TV // Jonathan Creek Series 5, Episode 2: “The Sinner and The Sandman” 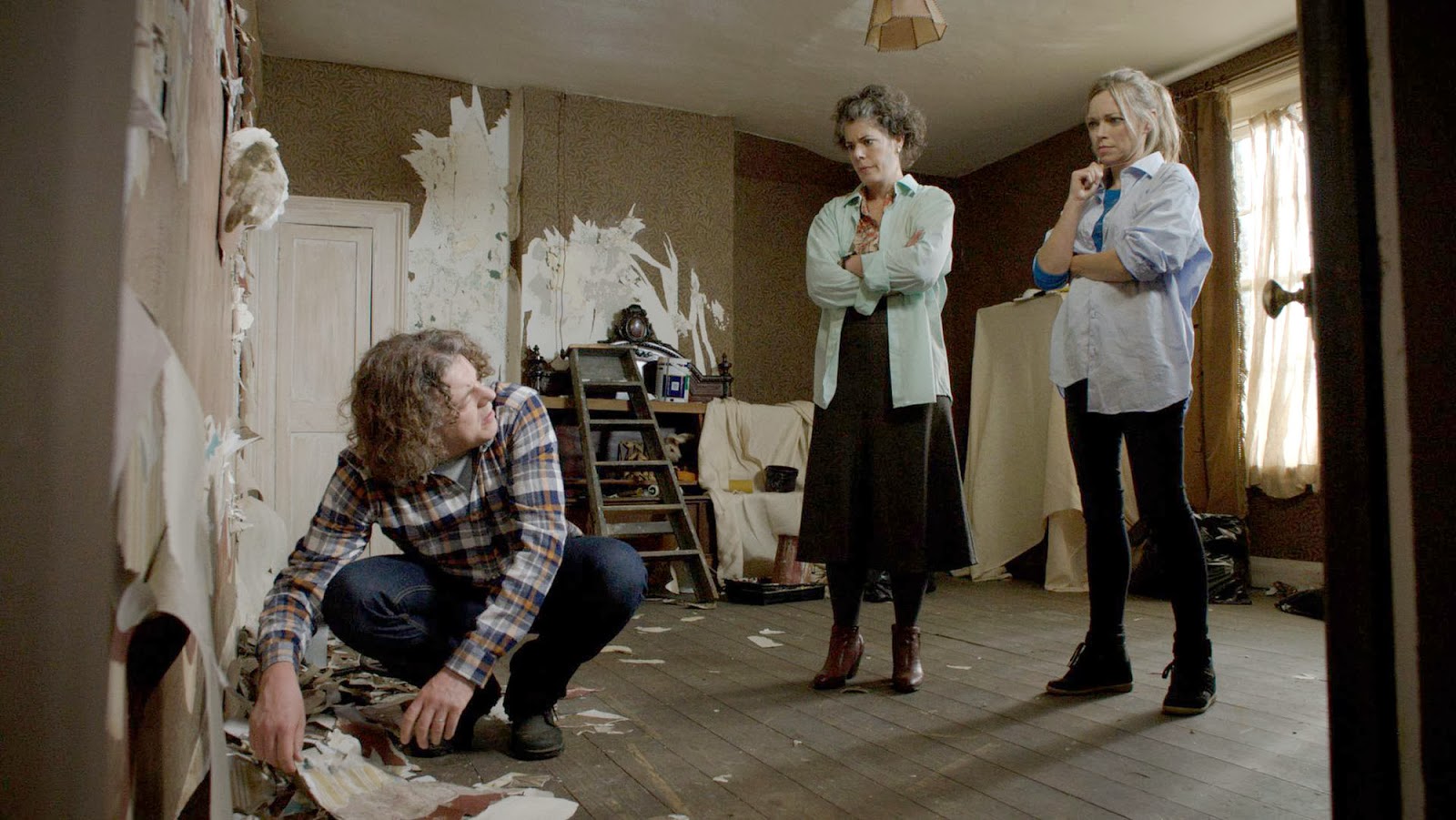 After last week’s somewhat puzzling, (although not as bad as it seemed on first watch, admittedly), opening episode this hour was infinitely more instant and enjoyable, veering just on the right side of odd and perfectly in the style of classic Creek.

With Jonathan now living in a village (with a wife!), it’s changed dynamics significantly. Villages, as we all know, are the true hotbeds of crime and with the mysteries just outside that elegant front door it’s the perfect place for a lapsed detective.  Screen wife Polly is a lot more effective as well, this week, getting a little back story of her own and some moments to shine as well.

The story itself weaves various threads of a seemingly unconnected nature with a smattering of toilet humour done in a very serious way and it’s far more instant as a result. Typically of writer David Renwyck’s work, everything comes together oddly but neatly and those who were upset by last week’s, in retrospect perhaps deliberate curve ball of an episode, will be happy again this week.

Working out how to challenge the man for whom a locked room mystery is a once a season thing is perhaps the problem but the answer to that is simple. Throw away the key and blow up the door! Taking full advantage of the tendency for sleepy villages to have run down houses and on the surface barmy residents (sometimes in the same vicinity), Jonathan pays a visit to just that and the main mystery lies behind five layers of wallpaper in said run down house.

Add in an overzealous Parish Magazine story gatherer, (baby monitor hacking, anyone?!), religious paintings with a twist  and mysterious beasts in the night with green glowing eyes and you have a script that works well in its allotted hour and ensures you’ll be  back next week. Like classic Jonathan Creek, this was a charming and witty episode that utilised its location to advantage the plot well.

The trademark Renwyck double entendre-slash-mishearing is present in the most subtle but hilarious of ways, as is the effective use of lighting in Polly’s flashback scenes to her childhood to create a distinctly dark setting. Watching this episode gel together so well, it’s almost a shame there is but one more episode until the end of this fifth series’ run. Changing the lead actor has always been a risky business in television, but despite not quite beating original lead Caroline Quentin in the pairing stakes, Polly makes a very natural companion to the man who once lived in a windmill and created magic tricks.

Seeing Jonathan in an office was not as unusual a sight as it may once have been and even though it’s hard not to miss the iconic windmill location this episode shows that there is life in the series yet. A proper welcome back!