Album Review // Hamell On Trial – The Happiest Man in the World

One man Punk bands are a prospect rarely less than exciting and the only one man punk band we know of (re: want to know about right now) is the excellent Hamell On Trial... 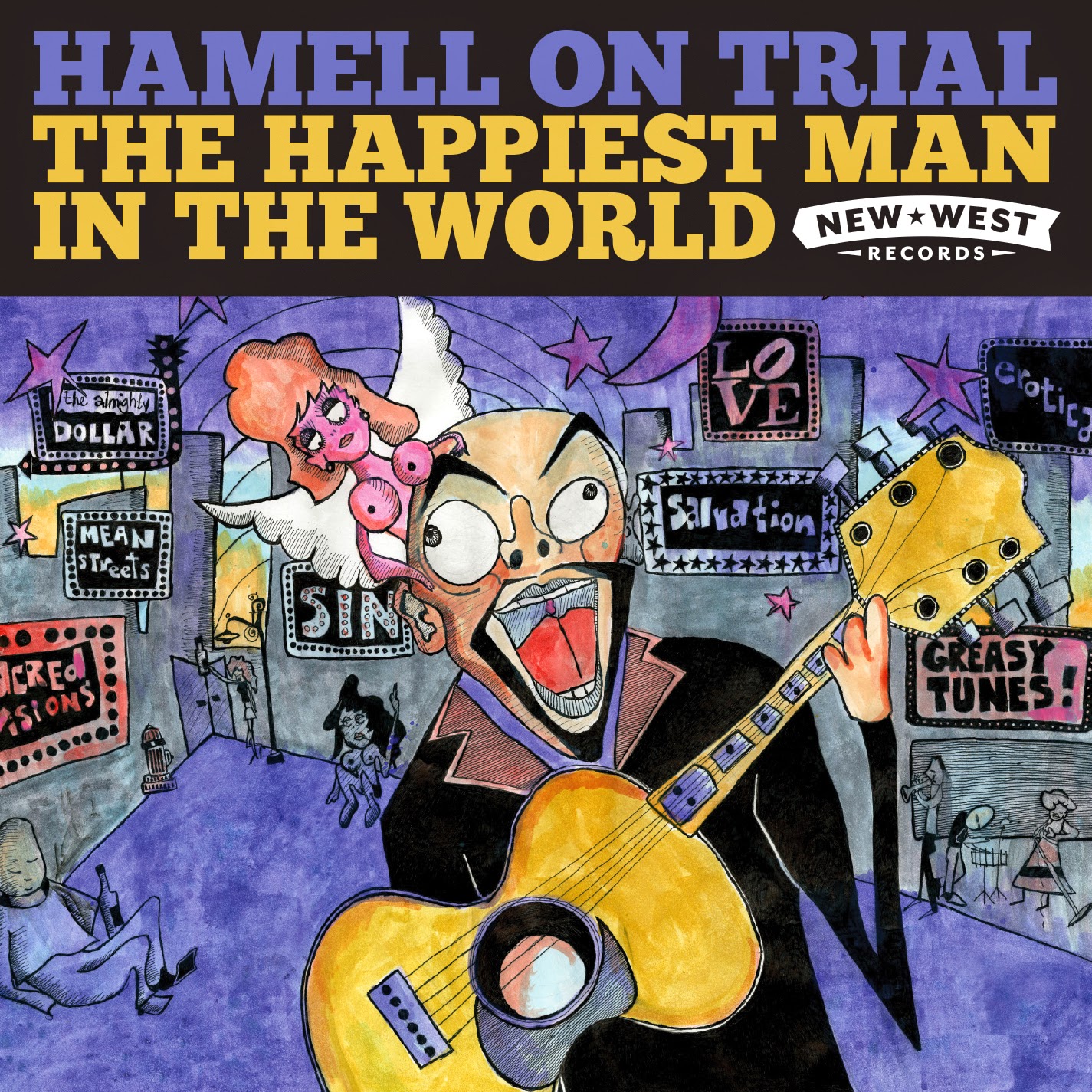 The new album The Happiest Man in the World, his twelfth, is the trademark blend of jagged guitar, filthy-intelligent lyrics and an energy that never runs out. Out now via NewWest Records, it’s a very listenable and never less than rough edged album. The artist would probably love it if we said this album really annoyed us (see bio on his official site for background) but far from annoyance it gives a word bound pleasure that, if it ever annoys anybody, does it in the most productive way.

With songs that evoke the out spoken, rebel spirit of the best blues and revolutionaries we are treated to excellence such as Whores, (a song about whores, not the type you may imagine, and how great they are), sudden employment and it’s ‘benefits’ (on the über cynical Richard’s Got A Job) and much more besides set to a rich musical bed, that veers between out-and-out Blues assaults on the mind, semi –scat lead guerrilla Jazz and many more fascinating textures.

Just one listen to The Happiest Man in the World can’t give the full experience as much as a second or third listen but the most certain thing is that this is music that will challenge you. There are genuine verbal fists aimed at the listener here, and they hit you with a grace that knocks you out beautifully. Those familiar with his vast back catalogue will know this already but those not in the know (and considering Hamell doesn’t really shout out too much, staying firmly on the well-known underground, that can be forgiven) should give the music a chance.

A political edge and big social commentary base makes this essential listening, Global Tattoo one example of the artist saying what needs to be said , and the uncompromisingly raw edge makes it all the more potent. Indeed, once you get into the album its addictive stuff, constantly changing pace and style but never lacking the unique quality missing from much music about today in that it is life affirming essential stuff. Unpolished, in your face, poetic and above all realistic in a world where the truth is buried far too easily by those who don’t want it to out, The Happiest Man in the World will certainly make many people happy.