Album Review // Select All Delete Save As – Ultra Cultura

When #srcz was introduced to this album it was described as one of that is very eccentric. This pricked our ears up and we decided to check it out. After all, eccentric is never a bad thing… or is it? 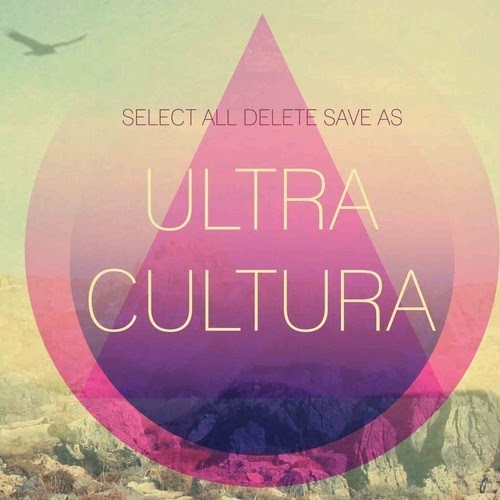 This reviewer's admittedly broadminded taste didn’t find too much of the eccentric, it has to be said, but that is not a bad thing. Eccentricity in the music world has many figure heads, but this album is not one that should thrive under that appellation. Instead, it’s a collection of songs that evoke a sort of vaudeville madness that is relatively restrained, possibly more than it should have been, and it changes the way the music sounds immensely.

There are some obvious highlights, such as the darkly pessimistic Modern Life Is War or the calmly religion bashing Nectar Of Instruction, with its speak-vox sensibility going down well with this reviewer, but it’s all too calm to be genuinely eccentric. Nor does it need to be, in fact. Descriptions can be a millstone around the neck on occasion, and SADSA certainly don’t need their computer inspired necks weighed down by that one.

On The Sun and His Sunglasses we hear some perfectly surreal prose set over a minimalist beats setting and it works well. Brief and insightful is the way. Some of the songs, although not by any means bad are a little too restrained to shine where they would stand better on their own, Service of the Lord, and with some slight tweaks in the track listing this would be remedied very quickly.

But as a whole, although by nature somewhat disjointed, the album is good listening for those sunny early evenings that will surely be coming our way soon. The songs are high quality, the cynical undertones are pleasing and there is just enough wit to bring this music together under a firmly dotty umbrella. Eccentric this is not,  but witty and insightful it is.