Threshold festival kept #srcz in a cozy corner of Liverpool for a weekend at the end of March. The final day was somewhat of a blur, getting from must see band to must see visual art show and, wrapping up the coverage of the festival until next year we present Helen Basil’s version of events of what was an excellent day in many ways. There is more from the festival over at our Threshold centric page…

After two full days spent in the Baltic Triangle, it was easy enough to forget that there’s an outside world I would eventually need to return to. But it was no use crying over the unspilled milk bottle just because I knew I was going to finish it so, with a bit of a hurried start I plunged headfirst in the third day of Threshold. 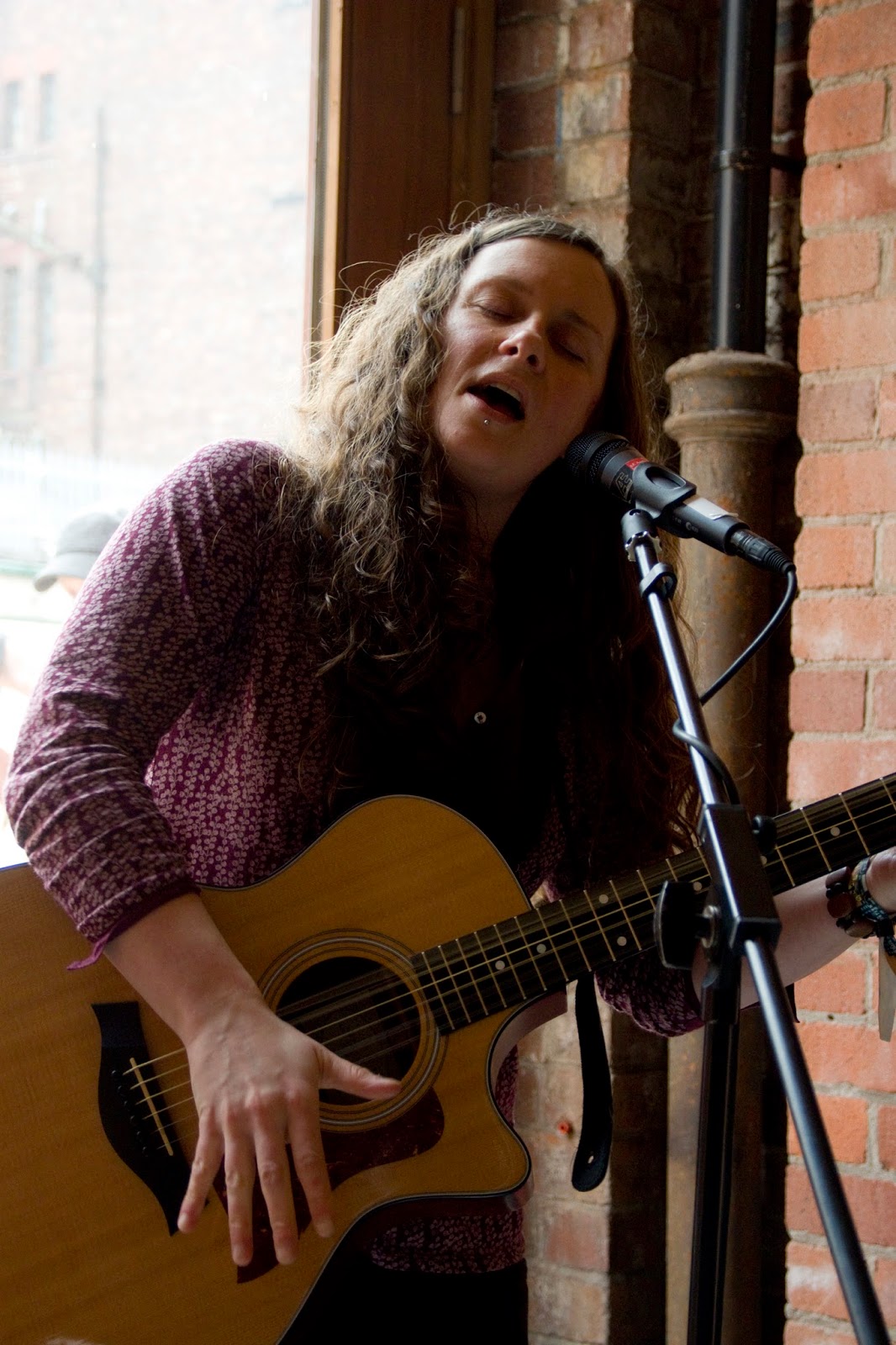 The first that drew me in was the Baltic Bakehouse, a gorgeous, intimate venue where Homegrown Bananas’ ‘#Fruiturism’ stage was promising a mellow afternoon of acoustic goodness. (And it’s my firm belief that from now on it’s how every Sunday should start.) Groundhog was in charge of the crowd gathered as I meekly made my way in, my brain still on autopilot. But some coffee and the sweet sounds coming from this duo snapped me out of that pretty quickly: completely in their element, they warmed up the crowd with their bluesy jams and provided an excellent start to the day.

The afternoon went on as Creaky Bones followed up next.  Another musician with a fondness for more instruments than he can carry, he kept the audience up and running throughout his set. Drawing influence from a wide variety of genres, his trusty slide seems to be the silent partner in crime as its presence is heard in every song. Between this and his loop pedal he creates a wonderful range of sounds and rhythms, merging them together into his own distinctive style. With a balanced set toned down in all the right places, Creaky Bones closed off with a crowd-pleasing blues classic that had everyone’s feet tapping. (Though I was a bit disappointed at the overall lack of cowbell.)

Jim Pearson followed, accompanied by Nick Silver on violin. Using a slick, simple style, his songs wonderfully capture the more lackluster parts of life (‘Work Anxiety Syndrome’ is still stuck in my head). With topics ranging from whimsical idealism to somber reproaches and more, he gave a well-rounded performance that kept the audience interested from start to finish. His guitar was complemented by his violinist, giving it a melodious tinge of folk that worked wonders on the spirits.

Up next was another artist which seemed to fit in perfectly in the afternoon’s schedule. Yorkshire-born Jo Bywater (pictured) was someone I’d been on the lookout to see live for a while, and the recommendations didn’t do her justice. With her trusty guitars, she effortlessly combines folky fingerpicking with slides, all while putting her own spin on it. Topping this off is a warm, earthy voice which shows a seasoned musician as she was in charge of the room with every song. Gentle and thought-provoking at the same time, her music envelops the audience in her stories while capturing the nostalgia of old blues and folk.

I had the pleasure to meet Rufus Hok outside the venue earlier that afternoon and, somehow the topic of stage fright came up - which he confessed he still has. And well, I’m sure he could’ve fooled the lot: he comfortably took hold of the stage and kept the crowd’s attention from start to finish. Drawing inspiration from rhythms more familiar to punk and topping it off with a powerful voice, his original pieces entertain and evoke in all the right places. 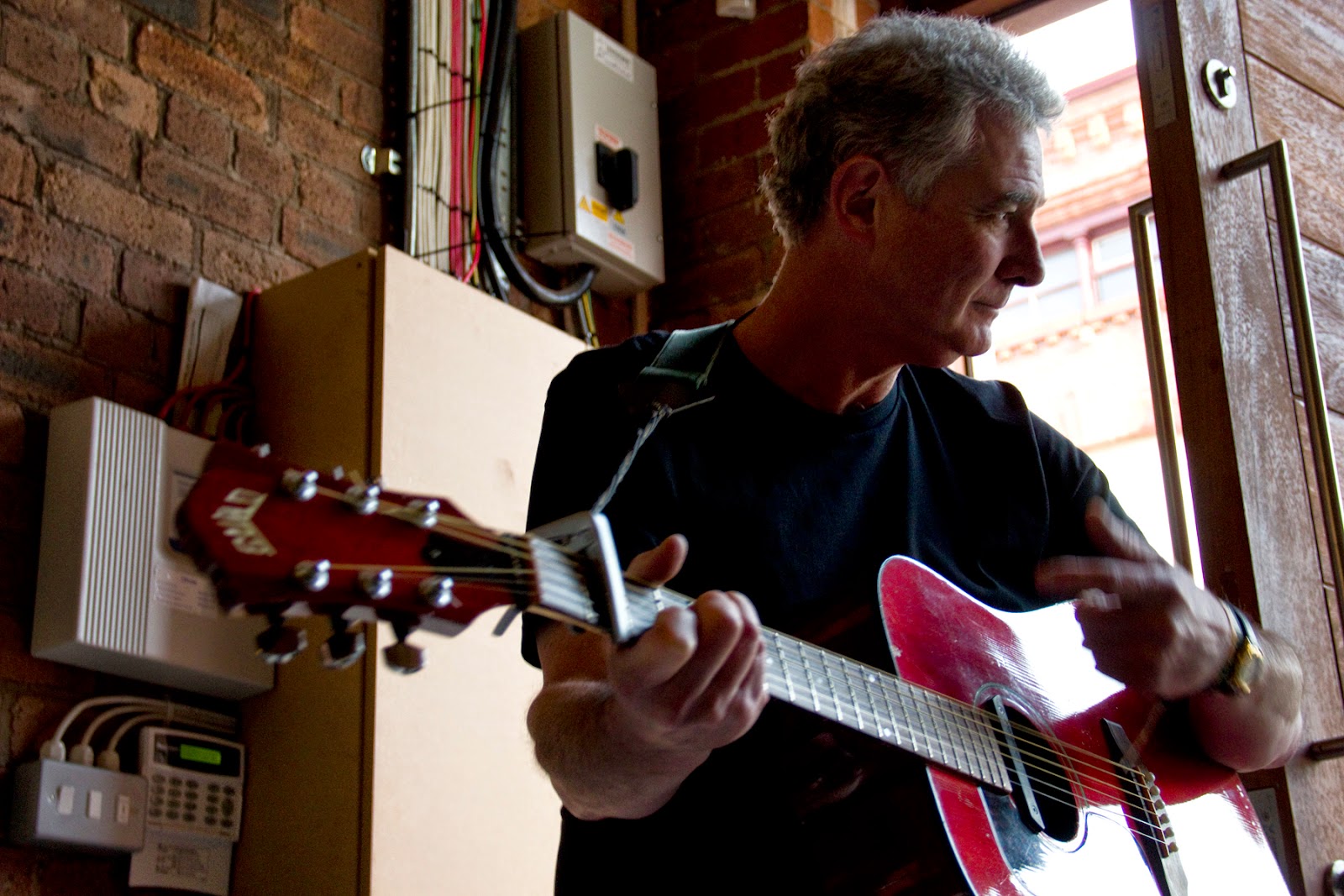 The closing act was Coast (pictured), drawing the afternoon’s shenanigans at the Bakehouse to an end. Filling the stage between the five of them with too many strings to count, they lifted everyone’s spirits with pure folk. Clear, on-point vocals resonated in the room as they quieted down the place with a jazz classic. And the best part was, there’s a certain joyous feeling they bring through their songs and I could just tell they were having a great time themselves. For a moment there, Coast even made me forget that this was Sunday and everything was drawing to a close.

Soon after, I passed the doors to Unit 51 as Ed Poole was underway with his set. Another solo singer-songwriter from the Liverpool area, he’s one of those acts I’m disappointed in myself for not having caught play before. With an impressive set of lungs and carefully crafted songs, Ed Poole’s melodic performance was a delight to witness. His music influenced by a variety of genres, his performance kept the audience quite still until the last strum.

In my quest to shake off the afternoon blues, I headed off to District where Doodah Farm had the stage. Their folk-influenced sound was just a delight to the ears and feet. With a twang of country thrown in here and there for good measure, these four took over the stage and refused to let go until the last note was played. Their songs blend spot-on vocals and clever songwriting, wrapped up by playful rhythms and topped off with nothing less than an electric ukulele. The playful chase between the vocalists’ performance and the rest of the band was entertaining to hear and see, and they’ve definitely nicked a spot on my future gigs to look out for list.

The Siren venue was up next for me as Sam Cooper was getting on the stage. His original pieces well-received by the afternoon crowd, his songs were a delight to hear. With compositions ranging from thought-provoking protest songs to pensive afternoon melancholies, Sam’s set was balanced very well. However, what really blew me away in particular was his guitar skill: with a twinge of folk and medieval styles woven in, his fingerpicking style is something else to listen to. Intricate and always on point, he incorporates that into his own particular sound.

The Big I AM followed up, taking the stage with a cuatro and an ukulele. Their stripped down style was fascinating to behold: emulating a decades-old style of folk with harmonious vocals, the two took turns in showing off their mastery of the instruments. Cleverly, each of their songs focused on one instead of trying to do many things at once: a subtlety sometimes passed over by a world in which the louder, the better. 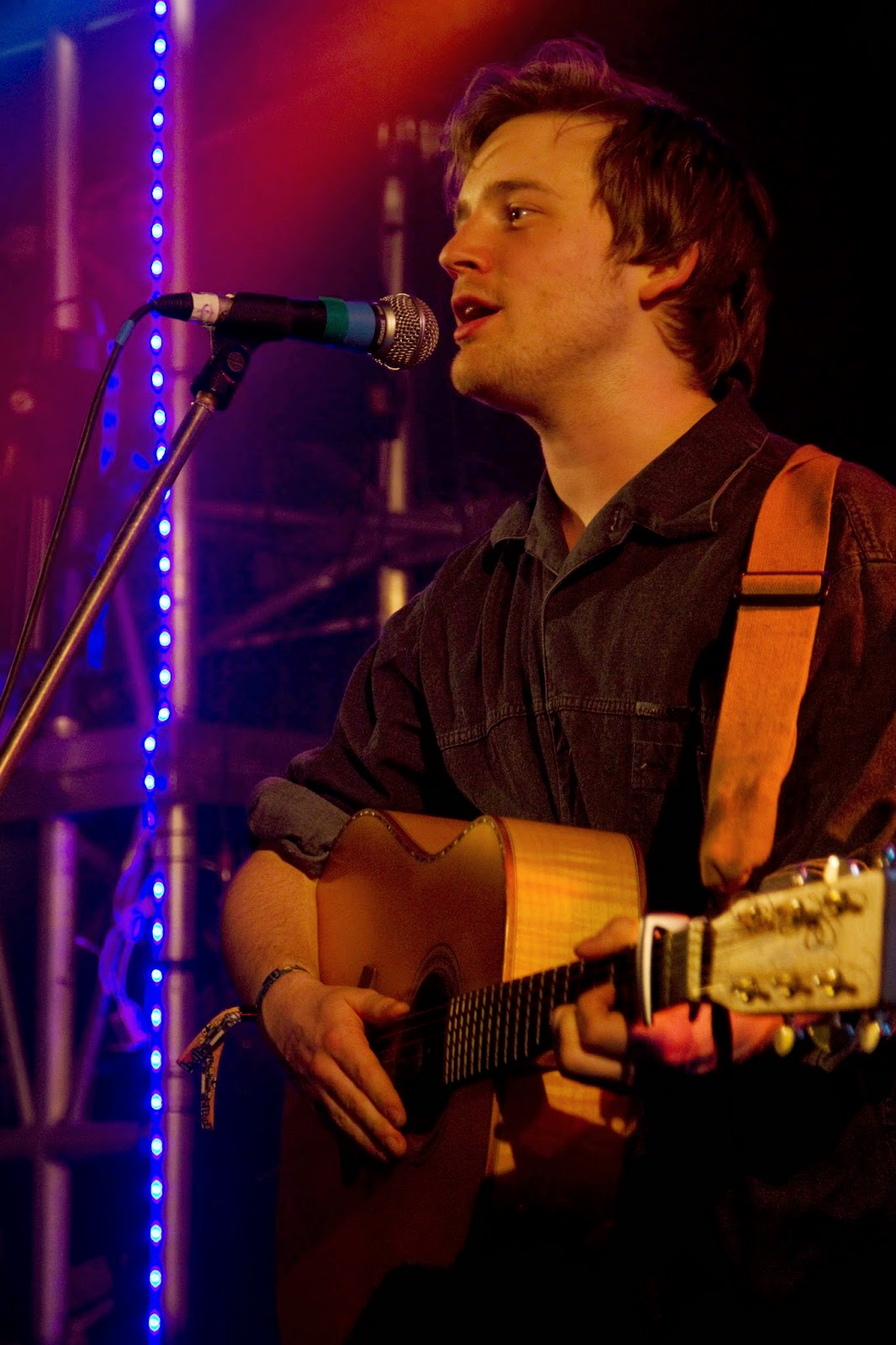 By this point, three days’ worth is not enough for habits to be formed but my feet had already decided I’m heading back to District for the last few acts rounding the night off. Thom Morecroft (pictured)was just starting off, a local musician originally hailing from Shropshire. I was familiar with his performances in quiet, intimate settings so far and he seemed particularly in his element tonight. Bursting with energy, it felt like he filled what otherwise is a huge stage for solo acts to be on. With a massive cover of Fleetwood Mac’s ‘Big Love’ thrown in for good measure alongside his own, he drew his crowd in and performed his heart out.

Closing the night for me were Run Tiger Run, an emerging four-piece local band. Playing their own spin on indie rock tinged with sounds ranging from alternative to pop, their songwriting makes room for all of these. With soft guitar melodies punctuating silences and building up to a foot-stomping crescendo, their playful back and forth make for a full, well rounded sound – making it clear how much thought goes into their music. Bands like these just go to prove the rich musical backdrop that Liverpool has to offer – a variety perfectly showcased by smaller festivals like Threshold, a platform rife with opportunities for local artists of all flavours to showcase their work.

…and so, the countdown to Threshold 2015 begins.

Words and images  by Helen Basil.

Note from #srcz: Thanks go to Threshold festival for being simply Threshold-tastic (you know who you are), the Threshold Media Team - Ash, Joseph, Helen, Andrea, Glyn, Roger, Adam and everybody else and the Iron Maidens for making the best Jacket Potato a person could wish for... and anybody else who helped us along the way whose name we haven't mentioned!