‘Every living thing must someday die’

So begins a tale of life and death. Mostly the latter, though. When Everybody Dies was first released back in 2011 we were very impressed. The image of an earth worm saying ‘I’m not afraid’ heralds the journey through this thought provoking and darkly humorous book, reissued for the wider world to revel in by HarperCollins. 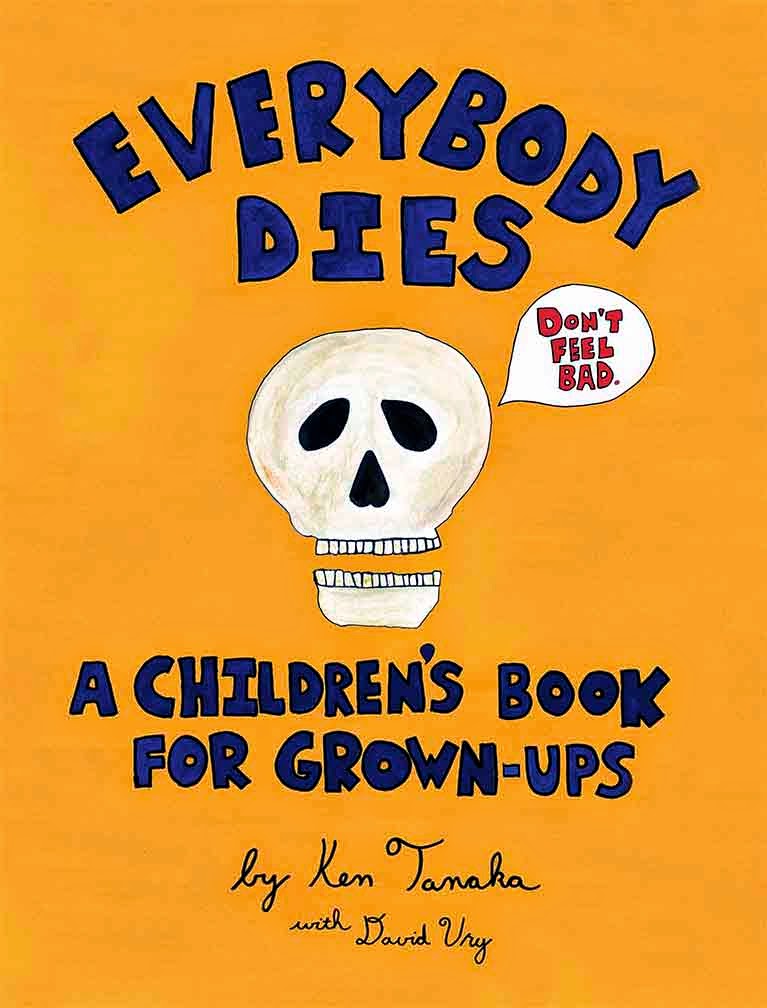 Imbued with the charm of its author himself, a certain Ken Tanaka in collaboration with his brother David Ury, and graced with illustrations that convey a bitter sweet humour behind the truth we all must acknowledge it’s a book that can’t fail to move you in some way. As the book says, ‘nobody likes to think about death, but the world would be awfully crowded without it’ and the way that Tanaka breaks down the barriers to this skeleton at the fesat of topics is admirable and courageous.

Indeed, with the movement of encouraging the discussion of death expanding gradually in the so-called ‘Death Café’ event that are appearing globally, this is a perfect moment to embrace (and perhaps re-evaluate) this rather fascinating book. If you know of Tanaka already for his legendary YouTube videos in and about Japan and the wonderful world of his creations than you’ll know what to expect – but for the uninitiated we can say this…

Yes, this book doesn’t revel is the hiding of the fact we have a finite existence on this Earth. Positivity is always a good thing, and in the same way that Tanaka makes all of his videos meaningful yet entertaining Everybody Dies is very touching yet als0 very funny.

Where ever you stand on the topic of death and what happens after it, it’ s certainly worth putting your thought aside for a short while and enjoying this rather good book.