Such a more natural collaboration is rare to find. That is, Death Grips and Björk on one album on all tracks getting up to all kinds of ear splitting goodness. Five albums in and Death Grips are still hot as the proverbial fuck and fresh as the moment they arrived in your face. Trust us, we know this is a band to follow intently. (They’d probably encourage it, to be honest!) 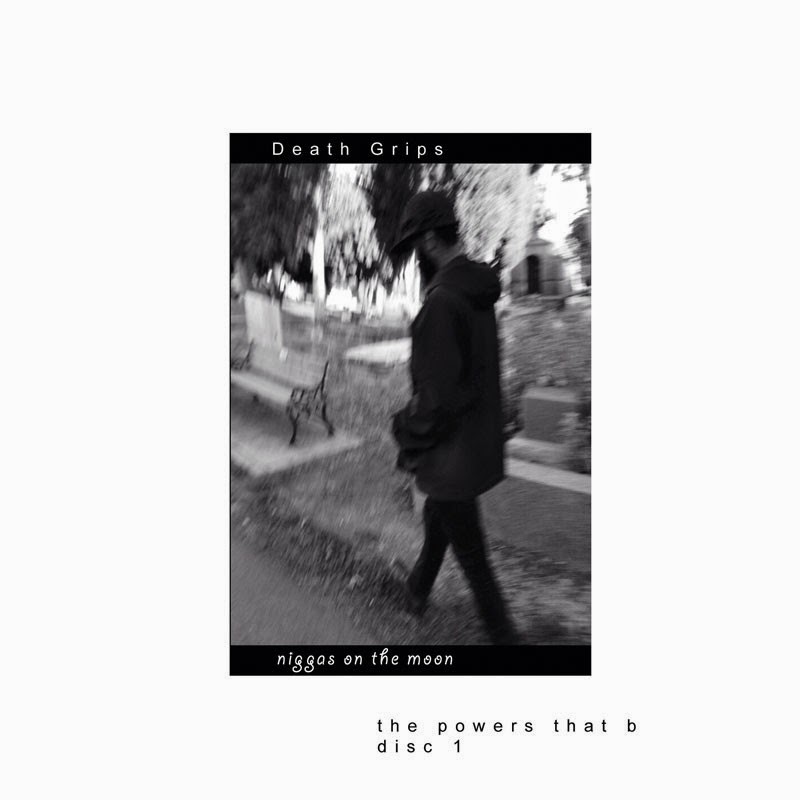 Coming so soon after the hyper active Government Plates, it was released guerrilla style through the realms of social media and somehow, that makes perfect sense. Death Grips are not the stuff of discovery by chance in the local record store they are the sounds of a hellish party in the Satanist club ten floors below the sidewalk that you just happened to stumble across.

For Niggas On The Moon they have the aforementioned collaborator Björk on vocal duties and it certainly adds to their sound immensely. The usual pounding beats, layered samples and punch you in the ear drums bass is present and correct and with  the additional instrument of Björk’s vocal samples a whole new element comes into play. The two artists are known for their earthy sound and experimental tendencies but placed together the result is instant.

On first listen to the eight tracks, (just half of the album – the rest to come later this year), it’s hard to know where to focus. The first grade beats? The somehow-comforting rap from MC Ride? The vox samples from Björk? The very regular screams? In the end of course, it makes no matter. Death Grips are by design ear worms of the most divisive kind, and even if you dislike their uniquely punk-styled hip-hop it’s hard to deny they are seriously inventive people.

Of course, they’ve been doing this since their still fresh mix tape Exmilitary back in 2011 and with few slips along the way have kept their game fresh with an enviable ease. If Niggas On The Moon doesn’t really add much to their canvas then that’s because they really need little additions to the already proven formula. Opener Up My sleeves is among the best material in their catalogue and it doesn’t lose any of the initial thrill on repeated listen. As you get further in to the eight tracks you sense that the excitement hearing of the download release is truly genuine. Check out Black Quarter Back or Have A Sad Cum and the magic is there.

No disappointment here is to be found and any band that uses the voice of Björk so effectively has our approval. In short, if you liked what came before you’ll be in good territory. If not, then…