They say that the slow burners are the best, and whoever the oft quoted ‘they’ is there is something of the truth about that statement. Make My Head Sing, the new release from Jessica Lea Mayfield is definite slow burner. Standing on a line somewhere between grunge and alt-rock, there is much to love about the album if you enjoy building tension and the kind of music that made early Hole albums so vital. 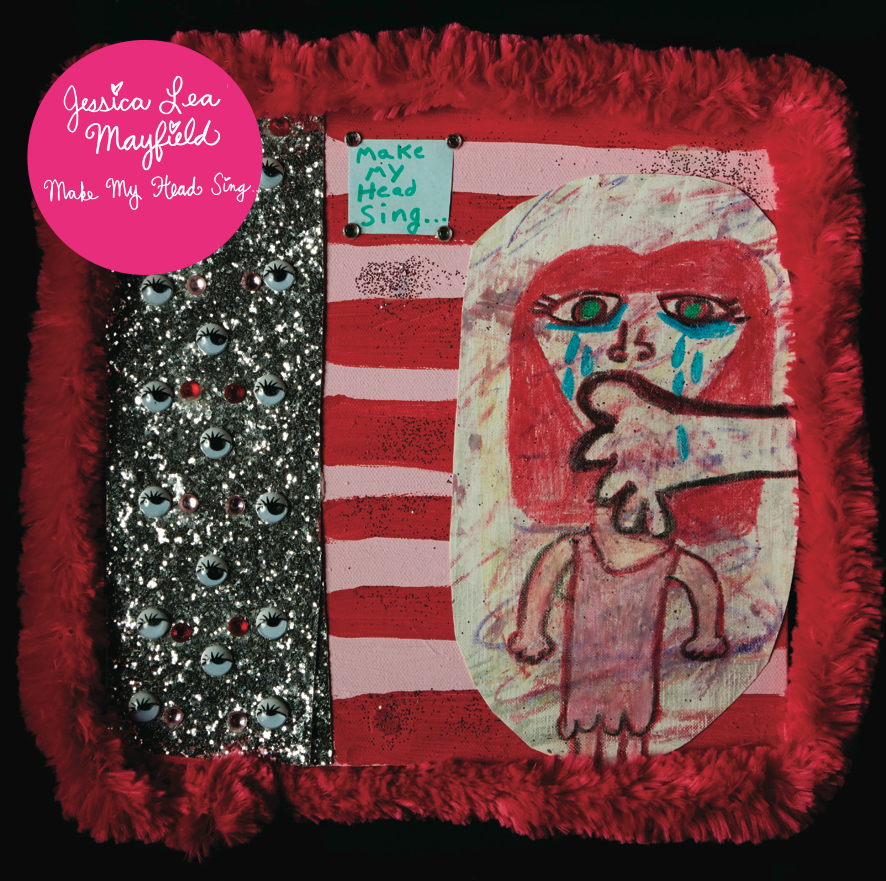 Over ten tracks Mayfield proves herself more than worthy of your listening time as the album drives along at its own semi-speedy pace. The guitars are constant, forceful and catch your attention, driving along at a graceful yet never sedate pace. The comforting yet dark comfort that comes from grunge is well placed with the drone inspired vox that keep your attention as opposed to making you hit the forward button.

Highlights include the quietly creepy yet very catchy I Wanna Love You, with some choice lyrics to boot. Recalling the underscore of menace found on Garbage’s debut album, there is a definite playback often factor here, and with a chorus like ‘I’m insane I wanna love you’ running round the corridors of your mind it’s no wonder. The rest of the album isn’t quite as catchy, relying instead on the aforementioned guitar to propel it along, almost to the level of sounding like a particularly fascinating drone collage on occasion.

Things pick up though, in terms of pace at least, as the album begins its end coda. No Fun is a beguiling voice and riff sound piece that really works; the gothic imagery of the vocals well worth listening to.  Then we get to Seein* Starz, which adds more to the sonic palette and works well as an album closer. With that underlying sense of sadness coming up to the fore, this is the kind of song that feels like a closer to a particularly dark piece of American fiction. It may have ended, but the feeling won’t leave you just yet…