The sound of drums in the distance, coupled with the ever growing numbers of people gathering on the traffic-barren road. Then, in the distance we see the Little Girl Giant making her way along the enraptured crowd as a sea of eyes look upwards when never they would on a normal occasion and cameras and phones click in frenzy. Only one thing is for sure, the Giants are back in town! 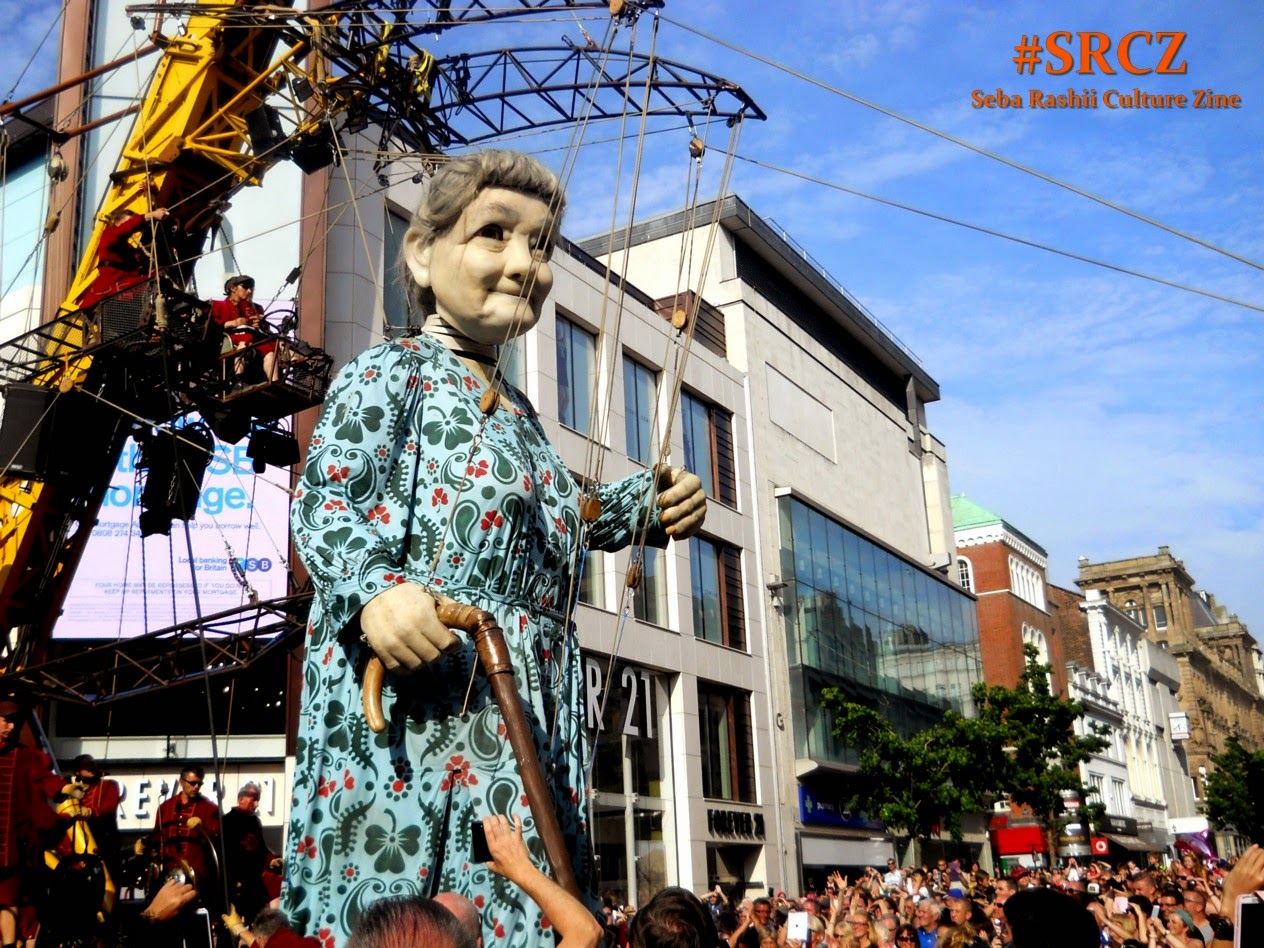 When we first witnessed the spectacle of Giants in 2012 we were drawn to them naturally because they were (and are) a spectacle. Their return to Liverpool has caused us to re-evaluate them from ‘mere’ spectacle for the eyes into a more elevated representation of the power that public performances such as this can command.

By anybody’s standards, this year’s parade was enormous in scale and grand in its intentions. Rarely does a performance on this scale succeed in being genuinely eye opening, involving and extremely bizarre at one go. In many ways, it’s one of the odder happenings in the cultural calendar but it’s one that is welcome, bringing something genuinely different to the streets of Liverpool that reflects the value of the arts, creativity and humanity.

There’s nothing wrong with a music festival, in fact we encourage them (and, in the case of some of us, organise and instigate them!) but when you put live music in a moving vehicle and add beautifully made giant puppets that tower over the crowds then it makes all the difference. A music festival rarely gets the crowds seen out watching the Giants today, but a visual spectacle that makes us reconsider our city is a guaranteed draw.

Indeed, it was a difficult journey in perusing the programme to choose just where the optimum Giant viewing spot would be and in the end, it didn’t really matter. After all, they’re Giants and with every step they built up the atmosphere of the city admirably. Although the trio of puppets, the amazing Grandma and the Little Girl Giant and her beloved dog Xolo are from Nantes, a city in Western France, they really did make a home for themselves in Liverpool during their activities. 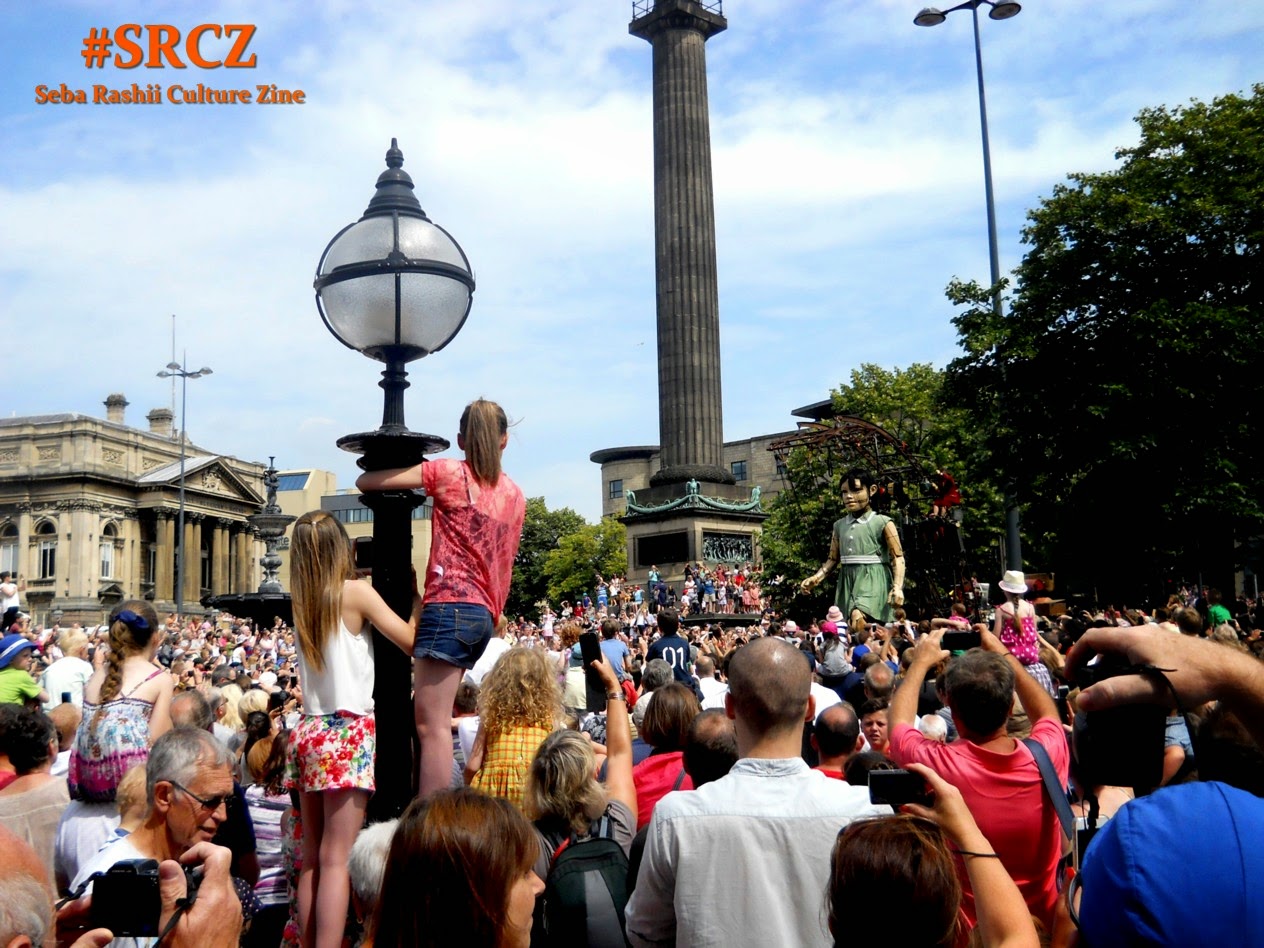 In sheer terms of ambition, spectacle and creativity the Giants belong in their own class and in bringing street theatre to life on such a grand scale Royal De Luxe deserve very big congratulations. We all know that Liverpool is known for its cultural connections and musical roots and in showcasing the Giants over one action packed, often moving weekend the city is certainly shining a big light on the scale of its ambition and the universal love for performance and music so many of its residents and visitors embrace.

It would be easy to say MORE OF THIS PLEASE, and it’s just been said, but, to pick just one magic moment from many, the sheer power of the Grandma Giant’s appearance along Whitechapel and into Liverpool 1 cannot be understated. The magical combination of rock music and visual spectacle as she wended her way down the packed street was enough to convince anybody that the weekend was a success. A big well done must be aimed at all involved in pulling together an event of such precision, timing, tradition and above all off the wall relevance.