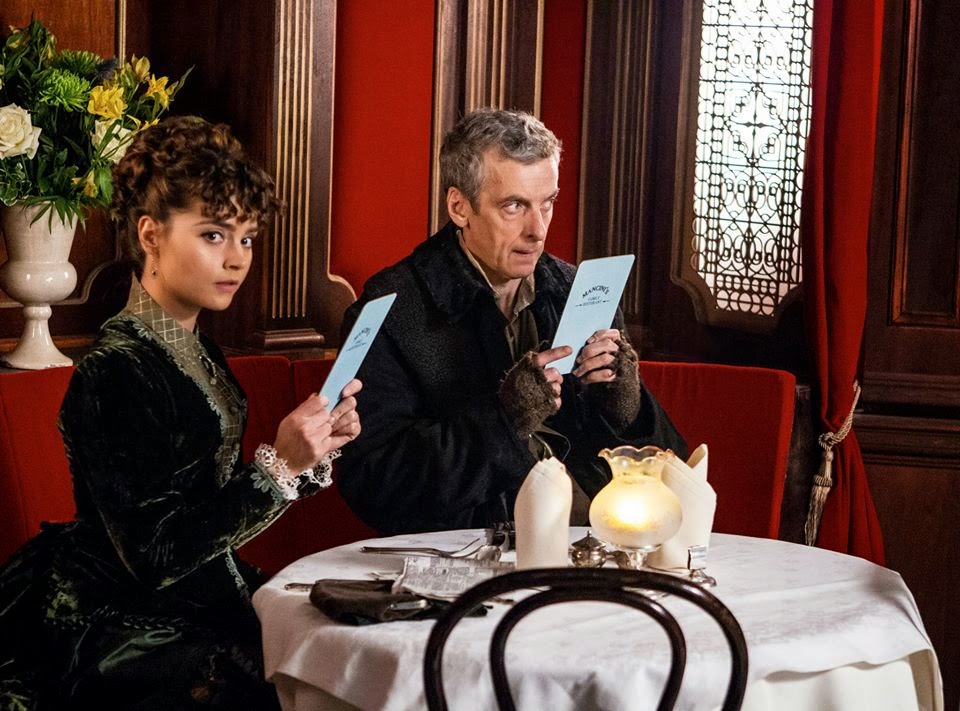 The Story: The Doctor and Clara crash land in Victorian London from the jaws of a rampaging dinosaur. With the help of the Peternoster gang, they set about investigating a spate of spontaneous combustions and a new variant on an old foe.

But who is this new Doctor and will his friendship with Clara survive his regeneration?

A year after the big announcement that he was taking over the keys to the TARDIS, Peter Capaldi has made his first appearance as Doctor Who. And, man, is he good at it. A lifelong fan of the show, this appears to be the role that Capaldi was born to play.

First episodes can be particularly tricky, especially when taking over the reins from a much loved predecessor. Matt Smith’s first episode The Eleventh Hour showed how it could be brilliantly done and let’s not mention poor old Colin Baker’s fan-alienating The Twin Dilemma.

So how did Deep Breath do as an introduction to a new Doctor Who? Well, for a family show, Deep Breath is pretty grown up fayre. New Doctor Who director Ben Wheatley brings a welcome edge to a tale that ditches the fairytale tone of the Matt Smith era and brings a new and darker feel more reminiscent of the early days of Doctor Who.

The dinosaur that littered the episode’s pre-publicity is very prettily done, but quickly dispatched and the real villain of the piece is revealed to be a new and very unpleasant iteration of the clockwork droids from David Tennant episode The Girl in the Fireplace. Guest star Peter Fernandino as the Half-Face Man is a wonderful new addition to the Who villain canon and while he may not be as immediately menacing as Madame de Pompadour’s childhood-nightmare droids, he brings more than one dimension as a dangerous and deluded robot/man looking for the promised land.

The Paternoster gang are excellent value for money as usual, but this episode really does belong to Peter Capaldi and Jenna Coleman. Clara has never felt like a fully-formed character, but in Deep Breath, Coleman chucks the kitchen sink of emotions into play as Clara struggles with her relationship with this new man. If this is a sign of things to come, then bring on the rest of the series.

Capaldi brings enormous depth to TV’s most iconic role. Moffat’s script brings along (and in some case, unceremoniously ditches) great swathes of the show’s history while allowing Capaldi to occupy the role in his own terms. We were told this Doctor would be darker, but what we get here is also a man who is lost and in need of a friend.  But it’s not all completely dark. There are some genuine laugh-out-loud moments as the Doctor gets used to his very frowny new face and his Scottishness, “I’m Scottish. I can complain about things!”

The story in Deep Breath (clever title - think Blink) is far less important than the renewing of the relationship between the Doctor and his companion. It is wonderfully done - including THAT heart-wrenching cameo - and a brilliant sign of things to come. In the words of the Doctor himself, “I think it’s gonna be a whopper!”

Did you know? Brian Miller who plays the tramp the Doctor talks to in the alleyway, has appeared in Doctor Who since the 1980s and is the husband of the much missed Elisabeth Sladen who played Sarah Jane Smith

Best line 2: These are attack eyebrows. You could take bottle tops off with these.

Who was lying about their true nature? The Doctor or the Half-Face Man?

Who is Missy and what is she up to?

Who is the mysterious woman who’s working to make sure the Doctor and Clara stay together? And why?

Has the Doctor been watching Trigger in Only Fools and Horses?

Fan pleasing moments: “You’ve redecorated. I don’t like it”, Handles, a new Doctor starting off in his night attire, a horse!, “I need clothes and a big scarf”, Geronimo, “Round things. I used to love the round things.”

The Doctor’s new face: “Who frowned me this face? ….Like I’m trying to tell myself something” Is this a reference to Peter Capaldi’s previous appearance in Doctor Who as Caecilius in 2008 episode The Fires of Pompeii? Or his turn as John Frobisher in Torchwood: Children of Earth? Watch this space. 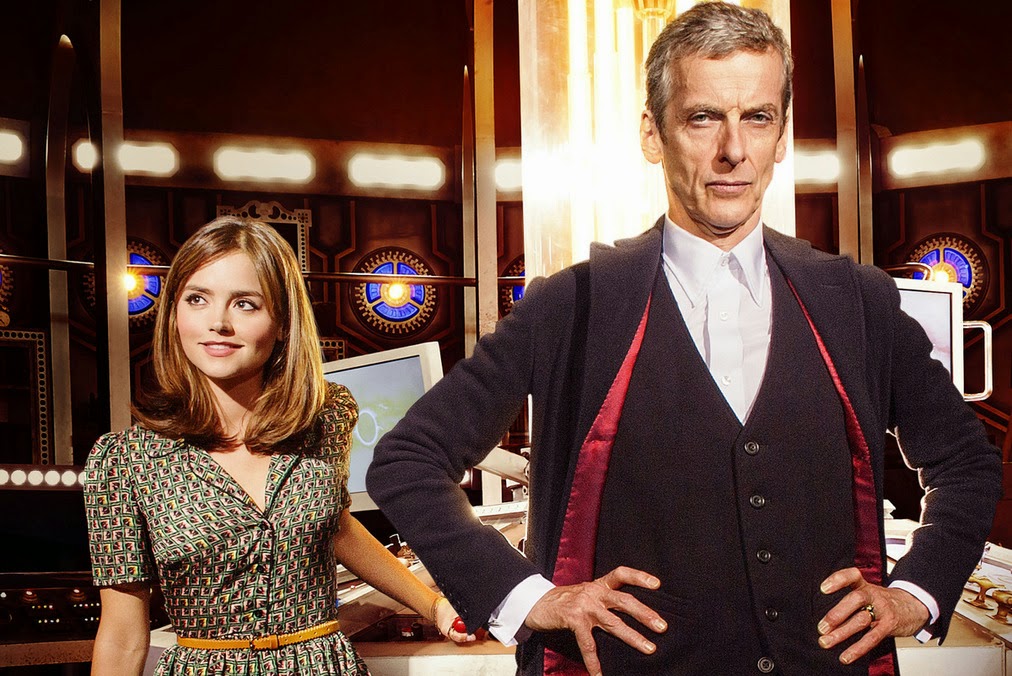