Locals and visitors alike will have the opportunity to learn more about the amazing history of Liverpool, see the sights and have a good old-fashioned singalong with live professional musicians, guide and performers on a SingalongaLiverpool tour... 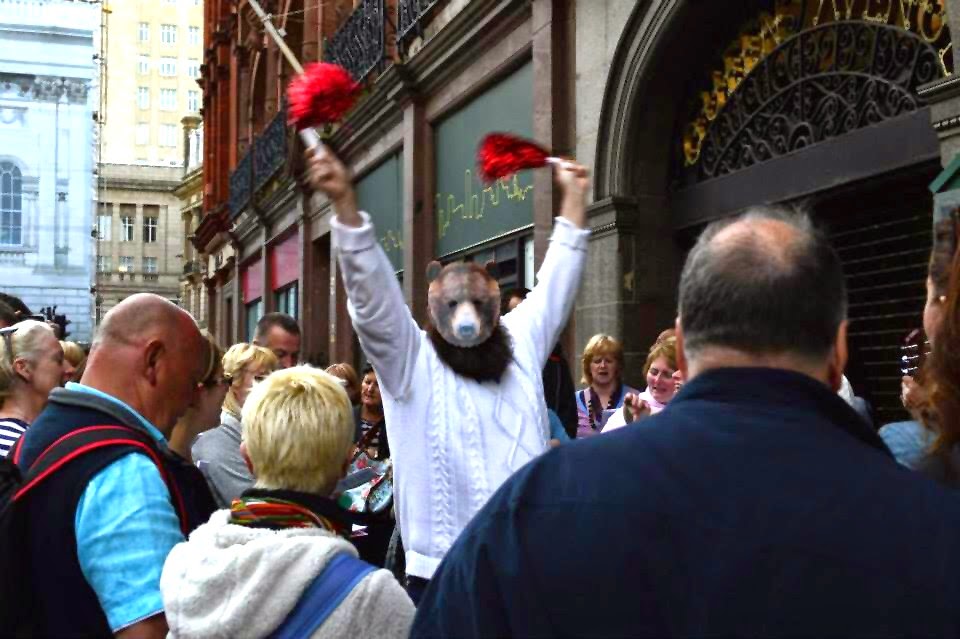 The tour is described by the organisers Wanderpool as ‘part guided walk, part community sing-song, part mini-flash mob with just a hint of 1960s ‘happenings’ thrown into the mix of fun, laughter and community spirit’.
Meeting place is the Mermaid Courtyard outside Tate Art Gallery, Albert Dock and end point is Derby Square. Whether coming with a group or alone – young and old alike will be made very welcome, with the chance to get to know people and socialise all built into the tour.
Participants on the musical romp through Liverpool’s streets and history, will be regaled with interesting facts and stories about the buildings en route, be led in singing well-known relevant classics from across the decades. They’ll be accompanied by local musicians Tom George, Mycroft Milverton and Dan Hill.
SingalongaLiverpool was the brainchild of Wanderpool director Jacqueline Boylan, a tour guide, children’s entertainer and former actor (and Superlambanana artist). She happily admits she is no singer.
“From the very start of doing the walking tours, I always felt there were bits that sounded like cues for songs, but sadly I wasn’t a singer so when the chance to do something for Light Night came up, I thought now’s my chance do try something a bit different. I thought of all sorts of hi-tech ideas before it suddenly struck me – why not go back to basics with some live acoustic musicians and a good old-fashioned singalong?”
Singer/songwriter, performance poet and professional busker Tom George jumped on board alongside fellow guitarist Dan Hill, with piratical performer Mycroft Milverton adding a touch of ukulele magic to the more traditional songs and a touch of eccentric mayhem to the proceedings.
“With SingalongaLiverpool, it doesn't matter whether you're a born and bred Scouser, visiting the city for the first or thousandth time or just tagging along because you have nothing better to do - you are guaranteed a gusty, lusty lung busting couple of hours of real pleasure. Come and join Jackie and gang - and learn some new things about one of the favourite cities of the world - you already know the songs - this is street performance at its best!” (Review from attendee)
It really is a case of the more the merrier with SingalongaLiverpool, so everyone just pays whatever they want at the end. This means everyone can join in the fun, whatever their budget! Spaces should be booked in advance on www.wanderpool.co.uk. For more details call 07446-14750 or e-mail wanderpoolwalks@gmail.com.