The comeback album is almost a genre in and of itself. But In amongst the many hundreds and thousands of comeback albums there are many examples of the rule of change is a bad thing. 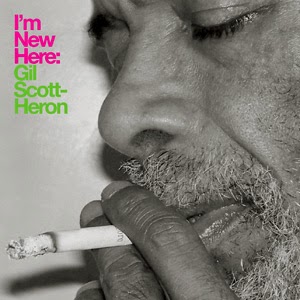 I won't go through the list as that's an entirely separate article from this, but suffice to say that the late and great Gil Scott Heron's first album after a fifteen year break wasn't one of them. In fact, the title I'm New Here belies the fact that his debut album was released in 1970 and that his style hadn't changed much over the years except for the hip-hop inspired backing that this album works with so well.

The most noticeable thing in fact is how his voice had changed, gruffer with the experiences of addiction and incarceration he has been through recently. But whilst these experiences would make many a person give up completely, Heron had lost none of his wit or verbal sensibility and these qualities shine through especially on the opener and closer On Coming From A Broken Home, an unrelentingly honest and thankful reading that really makes you think.

In our original review of this album we wrote that "If this is his final album, then he certainly has given us an excellent present to remember him by..."
In actual fact, the follow up remix album We're New Here, a collaboration with The xx's Jamie xx was the final release of his mortal career. But in both of these releases there is truly much to enjoy still now. Inevitably, people will compare this to his more well known works, and in this writers opinion that is a valid yet pointless comparison.

I'm New Here is an older and wiser Heron discussing life after an addiction and much more besides from the perspective of the wisdom it gave him. In a way, it's title is startlingly succinct in that fifteen years is a long time away and in a way, Heron's first album released in the digital era where a revolution can not only be televised, but transmitted, printed, digitized and much more besides is a landmark in music. Many will not know him by name, but his Revolution is known by all. Needless to say, give it a listen. You will be inspired, awed and impressed.