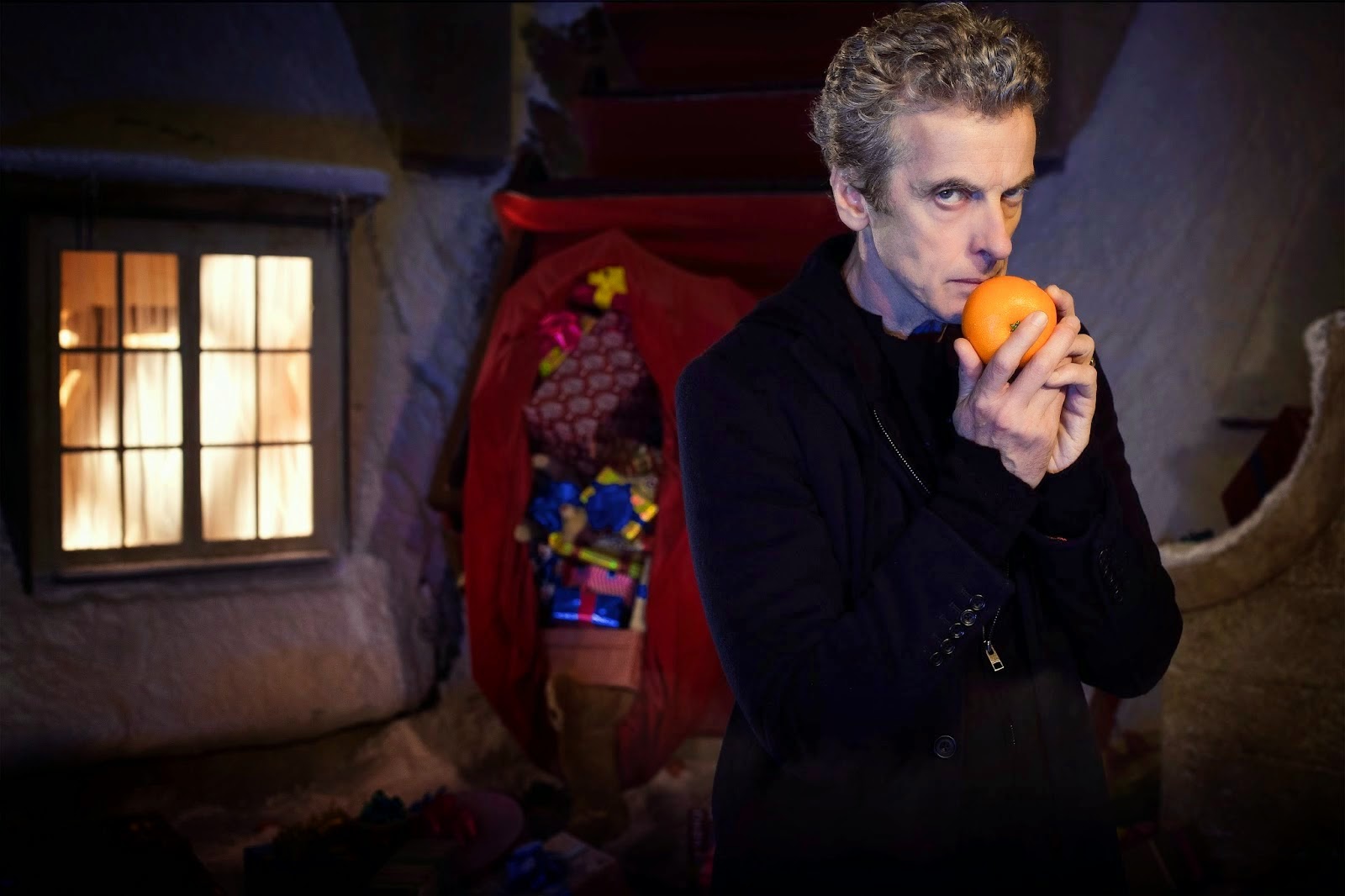 The Doctor Who Christmas Special is a modern television tradition (or so it seems) and 2014 is no different. With a new episode to enjoy either with, during or before festive trimmings it was all to play for on just how seasonal Last Christmas would actually be.

Traditionally, (there’s that word again…), the Christmas special can go either way. We can get either a good-natured stinker of an episode or a bona-fide, story advancing classic. Increasingly, it’s the latter with the former seemingly a relic of the oft-maligned “RTD era”. If 2012’s The Snowmen introduced Clara Oswald properly and 2013’s Time of the Doctor waved a somewhat overblown good bye to then-outgoing lead Matt Smith what does this year’s Wham referencing Last Christmas do?

The truth is that it didn’t do anything nearly as series relevant as the last two seasonal episodes. In terms of story though it follows on from season eight perfectly with similarly toned but necessarily more condensed story line involving face hugger like Dream Crabs with an apetite for sucking out their victim’s brains whilst giving them nice dreams.

On first viewing, Last Christmas takes a bit of getting into, making sense only gradually. (Not a bad thing, all said.) On second view though the complicated and well written dream –based narrative is an easier sell. (Much like the whole of season eight, in fact.) if you view this a bridge in an arc, designed to reunite Clara and The Doctor with the guaranteed social glue of some adventuring, then it’s a better experience and all the more engaging.

The publicity for the episode made much of the very red presence of that most ubiquitous of seasonal figures Santa Claus. It’s never made entirely clear if this really is Santa or some other doppelganger posing as Santa who just happens to have reindeers and a sleigh, but his action hero approach to being the big red one is certainly engaging. There is nary a Ho Ho Ho to be heard here, with his entrances being rather grand and his lines way on the gruff, semi-sarcastic side and quite frankly, as a non believer in this universe, that’s the kind of Santa we can get into.

Peter Capaldi is as engaging as ever as The Doctor, getting some great lines in along the way to highlight his skill for comedic roles whilst we see Jenna Coleman get even more drama to work with as we’re teased mercilessly as to her character’s fate in the show. Will she stay or will she go? The false flag of an aged Clara visited by The Doctor and released from the grip of a Dream Crab is an effective shock and would have made for a perfectly understated exit if it had not been a dream.

Although important to the narrative of the episode, the surprise return of Danny Pink (previously deceased in season eight finale Death in Heaven) after such a short time did feel a little unnecessary at times but as a final appearance it was a mercifully un melodramatic one than the type witnessed previously.  Is he another Rory Williams? I guess we’ll find out next season…

The verdict then? While not necessarily an instant classic, Last Christmas did do a good job of injecting darkness and claustrophobia into the traditionally schmaltzy Christmas Special. Roll on season 9!

Did you spot? Michael Trougton, son of Second Doctor actor Patrick in a small role!

Santa: “It’s bigger on the inside” (Upon being asked by the Doctor how he fits all the presents in his sleigh)