On The Scene // The Secret Circus: Love Affair

The Unrequited Love of Naffrodite...

Word must have got around from the last Circus, because by 8:00pm, every candle-lit table was seated to capacity. Now, there was a wee bit o’ tension floating around about an hour before doors opened, but only because the Circus team knew they’d left some pretty big footprints to fill from the premier extravaganza… All was dispelled, however, the moment the last bit of drapery was hung from the entrance doors, and we began to feel our blood pumping at the prospect of tonight’s delights.Drop-dead gorgeous hosts Chanel Samson and Eve Howlett in luscious red-dress welcomed guests, and introduced Spoken Word artist and Performer, Frankii Phoenix on stage. 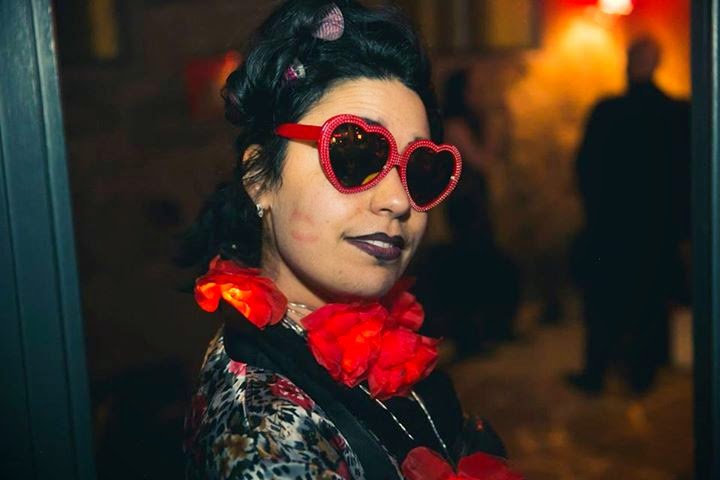 In what I can only describe as a godly garb complete with twinkling lights, heart-shaped shades, and a Hawaiian flower robe, Naffrodite swept on stage and began her serenade. Phoenix is a stage natural; we gathered she would be during the crowd’s entrance, stroking arms, sweeping from table to table handing out Lovehearts, and immersing herself thoroughly in character. In a poem about unrequited love, the goddess filled the room with sighs and laughter in an ode to EasyRider#Fine69. A bow and a kiss, Naffrodite departed from the stage, most likely to scout out a new heart to break over. Loved it!


Unfortunately, due to Stage-Hand duties, I was completely unable to take any notes, and missed the middle of Ayaka Furukawa’s quite haunting dance routine. Another immersive character, Furukawa fell against invisible tides in terrific movements, slowing her whole body to the point of the next fall. I’ve found myself getting more and more eager to see Dance as more prominent art form in Liverpool – it’s something we all do (if you call the 5th-JD-Shot-Flail a creditable dance move), so how come I’ve only heard of a handful of Dance organisations across town? Any informants amongst you do get in touch! 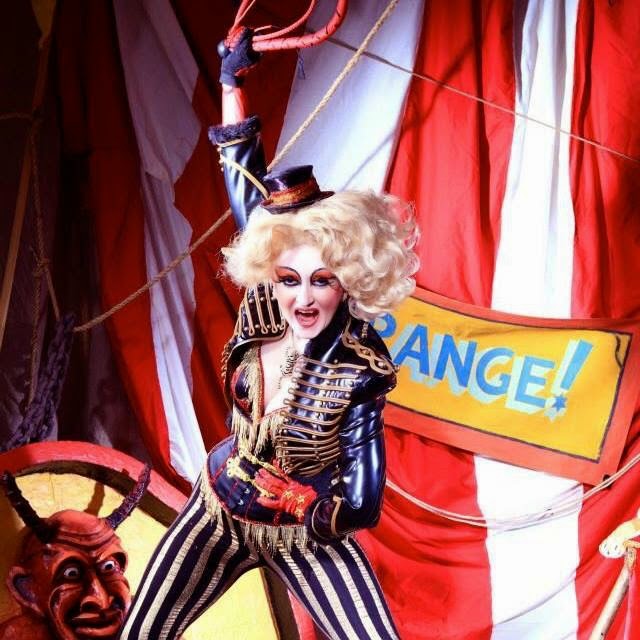 When Chanel mentioned ‘whips’ to me pre-show, I felt all the little hairs on my neck stand up, and then immediately had to check that my fly wasn’t pitching. The inimitable Diva Hollywood, in her first visit to Liverpool, cracked open the sadomasochist in us all that night. Brandishing very real whips with a very real capacity to take one’s eye out of its socket, Hollywood tamed us in an instant, and then scared the s@#% out of us again.

The whole set was a riot – a piece involving whipping a prop flower from an audience-member’s cock-hold, blind-folded, was the highlight of a simply outrageous performance. Everyone loved it! She was a barrel of laughs, making obscenely over-the-top gestures, and caressing our “volunteer’s” arse like he belonged to her, which for a time, he totally did.

After a brief intermission which allowed us all to catch our breaths and smooth down our pant-lines, juggler-extraordinarre Simon West threw us into true Circus overdrive with an unbelievable juggling act. The man had balls… 3, no 4, no 5! The tricks were off the scales; graceful, disorientating, an absolute joy to watch from start to finish. To top it off, West spent the remainder of the evening blowing minds with crowd-based magic tricks!

Y’see, Samson and Howlett crave absolute entertainment – the acts aren’t just limited to their stage-time, they’re made to feel totally free to explore and practice their art on us, and there’s no one who hasn’t got a grin on their face.

Things Get A Bit Coquette 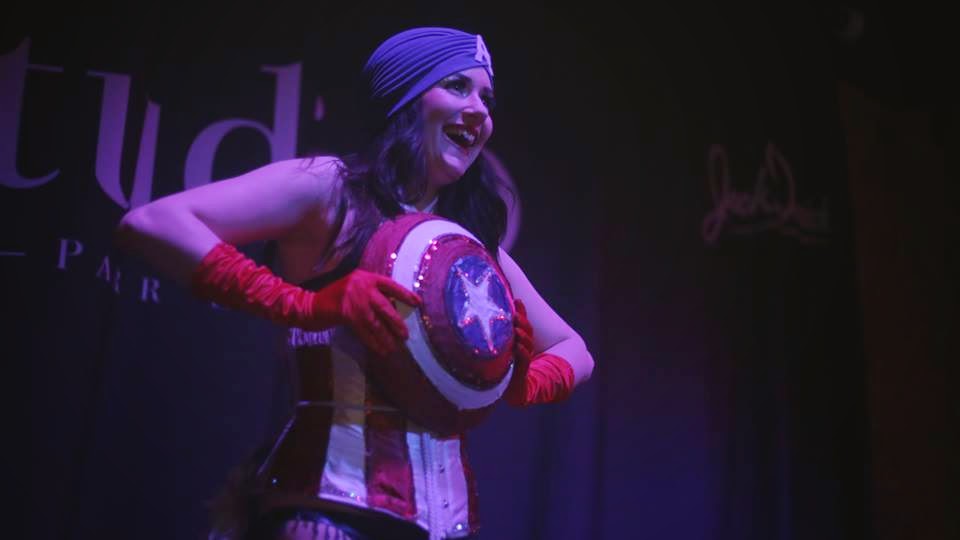 My personal highlight of the evening, and not just because Minxie Coquette strips down to nout but taped nipples! Coquette, in two completely stunning acts, sent our blood pounding through our- skulls. Our skulls! I was going to say… skulls. She was just flawless, and bursting with theatricality! She centred her routines around story-based themes – the first as a maid attempting to open a bird-cage, and the second as Ms Captain America. Each had a bangin’ soundtrack, but it was the grace of her gestures that caught my attention. Coquette emanated class, confidence, and above all, fun! Burlesque is, after all, a spectacular art form which takes years of practice to refine your movements, timing, and on-stage persona – otherwise you’re just getting naked on a platform like someone having a mental breakdown on their mid-life-crisis-themed 50th birthday. Or anyone still in the Krazyhouse.

After the applause for Minxie finally died down, we were treated to the raucous comedy of two members of Impropriety, consisting of two Yorkshire-ish-esque psychics in a Whose Line Is It Anyway double-act. Tending to my duties, I asked if they needed anything before they went on, to which I got the reply, ‘Vodka.’ The room was in stitches from the opening gags; both performers bouncing off each other with ease, and (quite literally) commanded the spirits of improv comedy. As well as performing in Threshold Festival V, you can catch Impropriety at The Kazimier The 2015 Liverpool Improvathon: 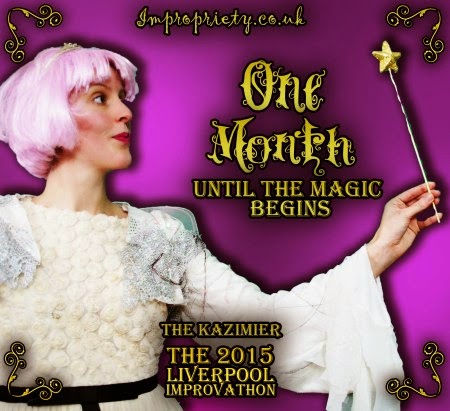 The Speed of a Lyon, The Grace of La Zel, The Mnemonics of Matt McGurty 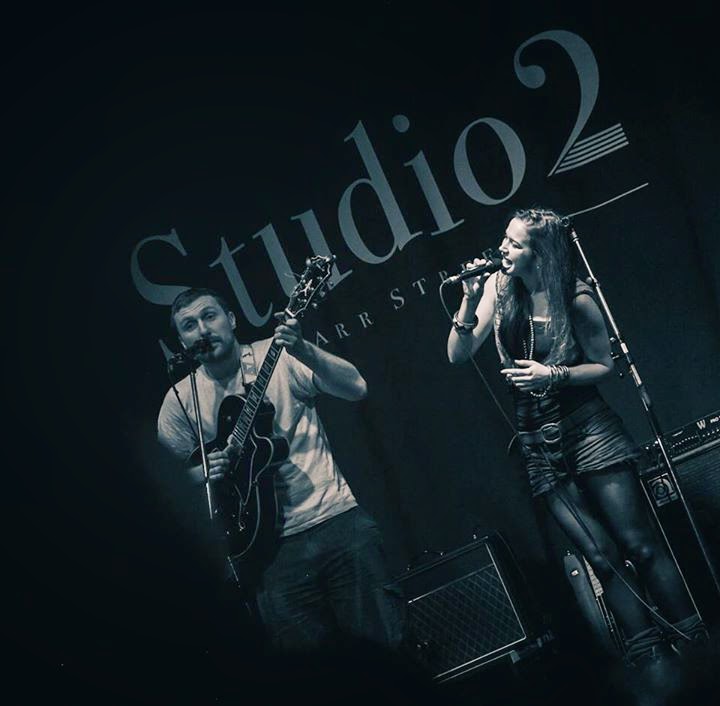 No description on Earth will ever do what happened next the justice it deserves. Lyons and La Zel, James Lyons and Léa La Zel of The Fire Beneath The Sea, blew the house down. Lyons on guitar and beatbox is all La Zel needs to form a groove – a true two-person army. The funk was alive, the beat was bitchin', and La Zel's lyrical prowess is unrivalled. Every song was a treat and a badass beat!

La Zel left the stage to riotous applause, and put us in the hands of Lyons' flute-boxing magic. The crowd just howled with joy, it was an unbelievable sight! Pulling out a multitude of harmonicas next, Lyons bust out one of the most memorable performances I've ever seen, and made a believer out of me: that is, a believer in the bad-assery of beatboxing.

Adrenaline was coarsing through our veins after that, and what we needed was a concentrated dose of pure talent wrapped-up for us in an airtight package – and that's exactly what we got. Matthew McGurty & The Mnemonics were the balm on our aching bones! I've seen Matt rock the house on his lonesome with nout but a guitar and a bass drum, but give him and the Mnemonics a stage and you'll never want to leave your seat. Track <Alien> had all who remained swaying, and sipping 'oo's and 'ahh's, and after looking around with a grin, I felt totally and utterly at ease with my surroundings. Don't you dare miss McGurty's new vid 'Rabbit Hole' featuring Thom Morecroft, Sara Franczyk, and the Circus' own golden wonder Chanel Samson, right here:

There's Gold On The Horizon!

If you miss the next Circus THIS THURSDAY [05/03/15], you will be missing Samson's own Single release #WorthTheGold, Lola Rogue walking on glass, Petra Kucerova and her crew of fire-performers, the Spoken Word genius of Crafty Conscious, and so much more... If you miss it, I'm gonna let the clowns out of their cages and set them on your trail... So I'll see you there then! 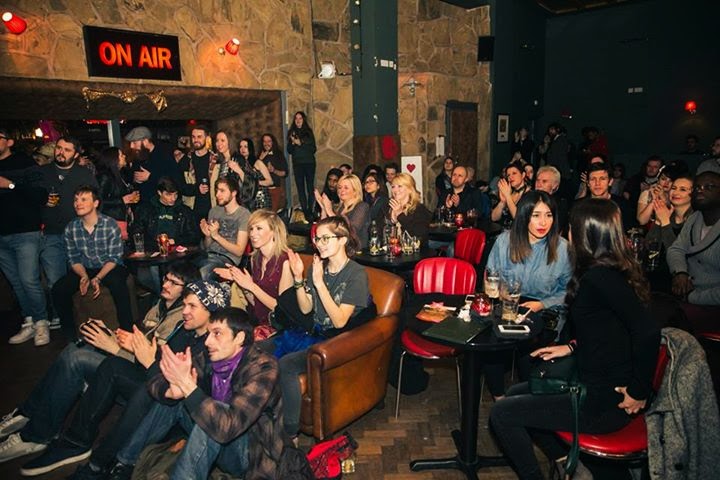