Judith Hill’s Back In Time is the latest in a long line of album’s produced with the involvement of a certain Purple character named Prince and it’s rather good! 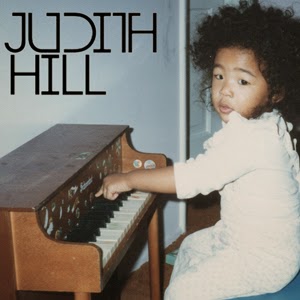 Of course, that’s not to discredit the performer herself, for without the matching musicality even a Prince produced production can fall short. But on Back In Time, the first listen is one of extreme joy. It’s rare we stop what we’re doing to listen to an album but on this occasion there was no other choice. With that rare quality of soulful funk roots and a very modern but back-in-the-day rooted warmth it’s an instant like.

Forget the fact she was a contestant on The Voice US and prejudgements that come from such television contests. If everybody on these shows had this kind of talent they would be a lot more respected! Just listen to the jazz sensibility of Love Trip, recalling the golden age of jazz back in the 1940’s and 50’s and it’s only a non lover of music who could deny it’s really something special. Indeed, it’s possibly one of the best albums Prince has been involved in for many years, and that includes his own still revelatory work.

Then listen to the obvious influence of the man himself on My People and you can see why this album has been getting some serious attention. There’s a real funk attitude to the song and Hill’s perfectly pitched vocals and combined attitude make this another highlight you’d be mad not to get down with. Imagine the coolest jazz club in town and that’s the place you’ll be catching this horn and bass fuelled funk pill.

But let’s make this even more clear; Back In Time is one of those albums that keeps your attention for longer than most and makes you wish that it was available on disc much sooner than it’s likely to be. You could listen to album alone and desperately want to share it with another but it’s difficult because it’s such a cool project. You want others to be in on the secret but you know for sure that it’s pretty cool secret you can only share with the likeminded. By the time you reach the closing duo of tracks, the basement slamming Jammin’ In The Basement with its engaging horn section and (if you listen carefully) back ground voices from Prince and title track Back In Time you’re fully converted.

In conclusion then, thisis well worth a listen. Do it now!