Heavenly Records have announced the signing of former Pipette’s singer Gwenno to their already extensive rosta of cool artists. The artist will release an album in July entitled Y DYDD OLAF. Listen to the addictive, Welsh sung electro pop first extract from the album, ‘Patriarchaeth’, below.

The album is a political concept album based on Welsh sci-fi novel of the same name by Owain Owain that features a storyline based in a dystopian future where humans are being turned into clones by robots that have taken over the planet. The album is sung entirely in Welsh, with one song in Cornish, and takes a feminist and modernist stance in documenting the current human landscape of Britain. 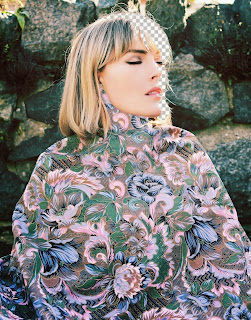