#SRCZ Comment// On Culture And Its Connection to Politics.

On Thursday May the 7th in the UK it’s voting day. The General Election is a very important day for everybody in the country (including all those many British people who live abroad) and as such the result of the election has an effect on pretty much everything that happens afterwards. Taking that into account, you’d think that there would be more people out there planning to vote, a right that we are lucky to have when you look at other nations out there in the world where it incurs much in the way of tensions bigger than what occurs in the UK.

A vote is nothing to be sneezed at and here at #SRCZ, although we try to avoid politics entering the discourse of culture too much it’s actually politics that decides how pervasive Culture can become. Without legislation, there would no art galleries or arts venues to enjoy on your day or evening off. Without the right of free speech art, music, books and many more forms of culture would not even exist as they do today. The creative industry also is greatly connected to how politics and politicians work. Everything from funding for the arts to licensing for venues and businesses is connected to government and to ignore politics as a creative professional is to deny the very fact that you are truly blessed to be free to take part in such activities of your own free will.

But, the bigger picture is that culture is something so embedded in society that it will survive in some form.  It has been around for centuries and will continue to thrive. But don’t take it for granted; consider that culture is connected to many essential tenets of the country. It is a considerable source of tourism, bringing festivals to cities and towns and people to the said towns and cities to enjoy them, often to the economic benefit of touring artists (both local and nationally) and arts venues that house their work.

Consider also the benefit of culture from a community point of view. It’s easy to dismiss culture as ‘a waste of money’ but with a heritage as rich as the UK’s it would be a shame to have the vast treasures of art and music and more locked away for no-one to enjoy. On the local level it's even more true. Take the example of the festival (be it music, literary or other), there are countless skills involved in setting up and running a successful festival of any kind and, even if it’s a volunteer role that gets a person their first step into the arts industry, it is a powerful statement indeed.

In the creative and arts industries the sky is truly the limit. The skills that come from getting involved in a small grassroots movement can be transferred to large scale events on the international scale and that is truly a great thing. Skills can be technical, administrative, creative and beyond but, although the current economic climate has limited arts funding and creative development in some ways, it takes only a push from the right sections of society to rebalance that problem. One way to do that is very simple indeed, be aware of the policies of your local political representatives and vote accordingly. There may be bigger issues, for example this campaign has seen a perhaps much needed focus on economy, employment and health related issues, but look deeply into those issues and you’ll find some aspect of local Culture that is implied.

Culture is found in educational development, medical and alternative therapies, economic plans on the local and national scale, community and employment. It’s very hard to separate culture from these inescapable aspects of politics.  It takes a brave person to look past traditional perceptions of careers in the creative sector and realise that there is opportunity there but it’s very obvious there could and should be much more access to culture and opportunities in all aspects of the creative sector than there currently is.

One way to change such perceptions and take a step to creating the environment where such opportunities are available much more readily is to use your vote where it counts. A cursory search on the economic effect of cultural tourism in the UK reveals statistics such as the £3.2billion contribution to London’s economy per year from cultural activities (link) and a read of Visit Britain reveals much data on the effect of culture and tourism in the UK as a whole.

Getting away from statistics though, the sensible choice, if you haven’t decided to already, is to vote on May 7th. Because if you don’t vote, you can’t begin to complain about what the government (any party) does because you didn’t stand up and be counted.

It comes to this: We can’t tell you how to vote (and neither should we) but we can say make sure you use your vote if you truly care about the future of cultural activity at all levels in the UK! 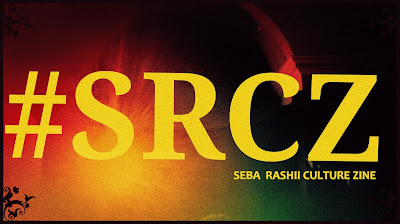