Swedish pop has a reputation. And it’s a very good one. Following in a long line of artists from the country to catch the ears of those outside its beautiful borders, Vanbot has dropped her newest album Perfect Storm and it’s a seriously beautiful one. 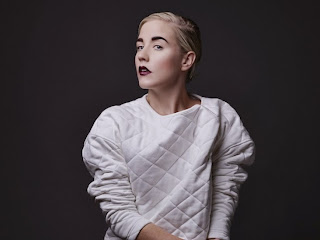 With a calming infusion like electro pop ethos at its back the album is at some moments very and at others as sparse as you could imagine. There is warmth and there is cold but is never less than embracing and considering that there are slightly more songs here than the average album these days it sustains the atmosphere perfectly throughout.

Highlights include the distant throb of Watching You Sleep, a barely restrained electro lullaby of kinds that shimmers with Asian inspired melodies and a well arranged vocal that haunts the listener. The hypnotic throb of Shake follows and it’s hard to understate the sheer beauty of the track. Shimmering, dream pop-like melodies mingle effortlessly with dance elements and it really is a defining moment of the album.

These two tracks alone would make an impressive combination but there’s much more to get into than these alone. The later part of the album really shows the power of properly done electro pop, dark and brooding in a perfectly beautiful way. Seven and Maniac are also perfectly atmospheric slices of alt pop creation. It is easy to get lost in their icy melodies over endless listening cycles and certainly show the sophisticated edge audiences have come to expect from Swedish electro pop and, indeed, the genre in general.

Over the thirteen tracks on Perfect Storm we see again and again just why this particular style of music, with its literate edge and perfectly danceable yet sedate internal melodies is so bewitching. This is not dance music; it’s much more than that. It’s music that evokes the long days of the place of its creation in often mournful electric tone poems that combine the physicality of the genre and the power of the word.