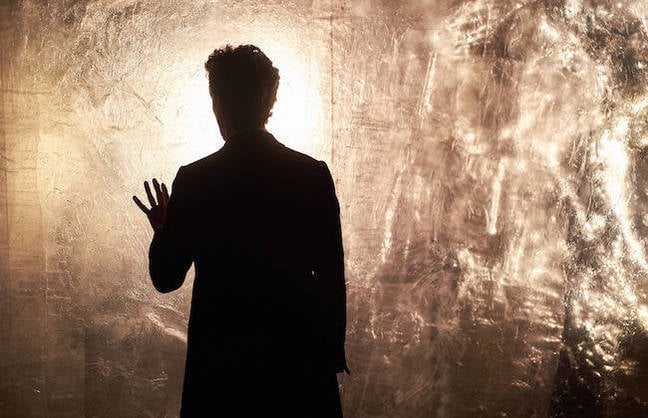 As a certain River Song once said, spoilers, sweetie! That’s right, this much hyped (and rather good) episode is awash with spoilers so if you haven’t seen the episodes either side look away now. If you have, then carry on as you were, because Heaven Sent was as experimental as you could get in Doctor Who and succeeded in pulling off the artful experiment that it really was.


With just Peter Capaldi and a cut off sea fortress to fill the nearly sixty minutes of action a lot was at stake. Would a notoriously fickle audience accept the fourth wall breaking, art movie-esque tropes of this rather extraordinary script? Would the one-hander narrative even sustain itself?

Thankfully, it does and after the flawed experiment that was Sleep No More that’s a relief.


More eager viewers may have seen the classic series story, The Deadly Assassin, in which the Fourth Doctor is lured to Gallifrey sans companion and procedes to have a rather classic adventure ensue. Heaven Sent is rather similar in concept, with much solitary pondering of the situation and corridor walking and no definite idea of just where The Doctor is. (In the beginning, at least)

But despite appearances, The Doctor is not alone. No, he’s being constantly stalked by a creature called The Veil. With a covered face, the constant company of flies and a habit of sneaking out of unexpected corners to rather shock inducing effect it’s a mysterious yet vague enough to be fearsome creation. For much of the episode it pursues The Doctor relentlessly, never stopping until it finally gets its scaly hands on him and burns him rather horrifically. It’s the scenes of The Doctor crawling to the transporter room, bloodied, burnt and close to death that succeed the most here. When he finally fades into dust on the ground and the realisation that on each arrival he picks up his own ashes, puts on his previous self’s clothing and steps in the same manner as each before comes about its powerful. And those skulls floating about in the water? Yes, they’re all The Doctor.

As he finally manages to chip away the wall between his prison and ‘Home’ (assumed to the TARDIS) and the years and skulls build up we realise what has actually been happening. It’s all really simple, in fact. It’s a long way round escape from The Confession Dial that leads to a very familiar place indeed. This is where last week’s comments from our fellow writer for this series’ reviews come in most prescient. In one word, spoilers. Tantalising as they are, it seems that this series has been over spoilered from the very beginning. Teasers, perhaps are part of the fun of watching but it would be lovely if the viewer wasn’t expecting events to occur having seen them in listings publications beforehand.

Question: Was this episode set in real time or it take place entirely in the realm of the Confession Dial?

Similar Episodes of other shows: The Avengers, (as in bowler hats and umbrellas), did a similar one-hander episode in the form of The House That Jack Built. In fact, it’s really very similar indeed when you consider the revolving rooms and Mrs Peel’s internal dialogues. Do watch, if you can!

Homecomings: It’s been expected for a while now, especially since The Day of the Doctor, but The Doctor is home at last. There certainly isn’t a welcome mat though…

Clara: Her presence lingers strongly here, even though she doesn’t actually appear. The Doctor is clearly upset by her loss and addresses her throughout despite her absence.

Mind Palaces: If you’re a fan of Sherlock, you’ll be aware of the concept of the Mind Palace. Turns out, the Doctor’s Confession Dial is effectively a giant Mind Palace with gorgeous architecture to boot. The TARDIS control room also forms part of it somehow. In fact, we see more of the TARDIS here than we have for a while…