Album Review / / Nakama – Before The Storm


A drum beat can last only a fraction of a moment, just as a single keystroke on a piano can open up a whole other avenue in a composition. But sometimes they can lead you to music that really captures the imagination in the most subtle of ways. 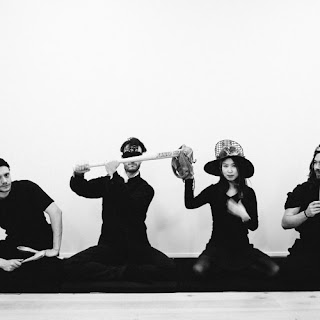 I’ll be honest; the only reason I came across Nakama’s album ‘Before the Storm’ was because of doing some musical research one recent evening. It came with no press release, no formal announcement of its intentions merely single drum beat. These stormy and claustrophobic soundscapes bubble over with an indefinable tension without ever unleashing the thunder that traditionally accompanies such moments. They seem to represent a sound driven stream of consciousness that is so tense on occasion the silence even worries you.

Listen to the third piece, Yugen, a three minute, extremely sparse sound experiment that begins with something that haunts most people. That is, silence. Utter silence. The notes come, spaced out over tense moments of calm that soon radiate a compelling reason to not do anything but contemplate the world for a few minutes as the storm clouds pass.

The pattern continues into End Point. Slightly less sparse in its arrangements, with fractured piano strokes and singular notes making for an extremely interesting use of space and silence within music.  This is less jazz, even modern jazz seems too direct a label for this beautifully played music. These are, rather, impressionistic soundscapes played with an extremely good ear for the sonic beauty of natural silence.

This quartet is certainly one to watch, with an extremely developed sound and an absolutely compelling film score -experimental aesthetic at play. Once you get past the seriously atmospheric, almost tribal sounding, reach of opener Gyodo, a seventeen minute epic that never stops being interesting, there is much to gain from the introspective, open ended conversation this music starts with  your mind.