When the mysterious, and rather good video, for ★ appeared as if from nowhere in late 2015, the explorative hints of 2014 single Sue (Or In A Season Of Crime) were fully flowered with the experimental jazz of, to use its transliterated title, Blackstar. But with experimentation being something that doesn’t always translate to successful material, what do we have in this, David Bowie’s 28th album? 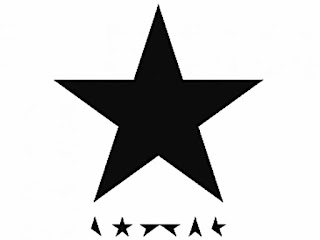 The answer to that question lies in just how much you love the many different incarnations of the artist. For Blackstar, we’re in territory that is decidedly different than the icy sound that characterised The Next Day. This is affirmed in the ten minute title track, the rather good ★.

Almost mantra like in its composition, we’re transported to a world of cults and astronomical prophecies that is as captivating as it is self-consciously avante-garde. As an instant tone setter though, it’s perfect. Once the chant like intro has passed we enter almost another song entirely and it’s so unsettling it’s brilliant. A good beginning then leads into an album that often surprises, with little reminders of the highly influential past recordings he has released.

Two songs we already know appear on Blackstar, in decidedly new versions. Both Sue (In A Season Of Crime) and ‘Tis a Pity She Was A Whore are recast from their original sketches, as it were, and come out much tighter songs as a result. That’s not to say the originals weren’t worthy of our ears, of course, merely that they have come full circle.

‘Tis A Pity She Was A Whore is rock enhanced, a prominent drum line changing the tone of the song immediately. Coming in at a rather shorter length than the single mix it’s fair to say that it’s completed here. Similarly, the addition of drums and a distinctly more insane industrial guitar vibe to Sue (Or In A Season Of Crime) changed the song completely, from a blues tinged slow burner to a more dramatic turbo charged almost five minutes.

Indeed, there’s a rather dark undercurrent to this whole album, the industrial jazz sound lending it a drama that is as fascinating as it is repressive. Sure, it’s always fun listening to a Bowie album but each has its own feel. The seven tracks, a mini album in comparative terms, form a dark tinged narrative of love, obsession and regret and are essentially a concept album.

Packing in references from all of his creative periods, Blackstar still sounds distinctly of the now. This could have been made in a different decade, but almost certainly wouldn’t have come out nearly as well. Perhaps the closest most recent style it evokes is the early 2000’s revivalist period, with a few sneaky nods to the much maligned but actually still very listenable Earthling. Closing with two ballads, Dollar Days and I Can’t Give Everything Away the album ends on just the right note.

So is it a welcome return for David Bowie? With an Off Broadway musical Lazarus and the subtly connected Lazarus it’s rather more of a business as usual than a return. What will come next? Who can say, possibly even the man himself! For now though, enjoy this solid start to a new musical year.