Have you ever been sitting in a dimly lit secret bar, sipping on an absinthe based cocktail just contemplating life? There's a few variants of that scenario, for sure, but whichever it is you’re involved in it’s a sure bet that some mighty cool music accompanies it. This latest release from Blue Tapes, The Library of Babel is perhaps a perfect companion to such low lit contemplations. 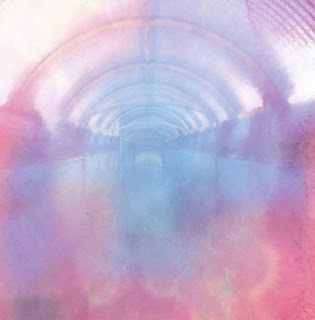 Over eight tracks of instrumental cool Library of Babel wanders down some smoky roads, laced with mystery, a fair dose of film noir and some mysticism thrown in for good measure. Even the name Library of Babel conjures up some great images and the music contained within does as well.

This is the kind of music that is of the moment yet incredibly undefined. Throughout the album it reminds the listener of a smoky form of blues based jazz that has crossbred with the world of avant-garde sound art. Certainly, it’s a fascinating album that grows deeper each time you listen. It’s akin to a sonic journey through the murky world of a smoky city full of illicit drinking dens and roaming poets. The album is never less than progressive, but still moves with a determined slowness rather than at breakneck speed and  on tracks such as Deer Park, the tension begins to ramp up as the instruments clash against each other in a fight for the attention of the ear.

If you’ve listened to any of the release from this particular label before you’ll know to expect experimentation at its most beautiful and Library of Babel is no exception. Filmic in its execution and as free styling and genre roaming as any previous release, it’s ironically perhaps the labels most accessible release so far in tape format. Indeed, if a format ever suited a genre so well it’s here. Perhaps some people reading this experimented with sound recording to cassette or some similar exercise and this is a refined version of that act. It would difficult to suggest a motivation for making, listening to or recording these sounds but the beauty is that none is needed.

By the time you reach final track Nervous System, with its jittering chords almost jarring in their intensity you’ve reached the end of a sonic adventure that you’ll find hard to describe but know you definitely want to do it again.