The announcement that HMV, the last remaining high street retailer of CDs and DVDs brings further proof that physical format music is dying. Or does it?

It's often said that there's something truly satisfying about buying a physical music purchase. With vinyl having made somewhat of a return to favour and digital downloads becoming the norm it could be argued that the CD is on it's way in the direction of the cassette. But, wait a minute! Cassette sales trebled in 2012 - even if it was only with sales of 604 in the year! On a worldwide scale CD's still sell well alongside downloads but how long will that continue? Only the future will truly tell us. 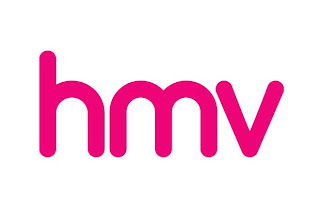 There are still those people who appreciate physical formats of music and in that sense the CD may well continue to exist but the main question raised by HMV's (at the time of writing) possible disappearance where will people buy them from? Perhaps this is the answer to the conundrum of the independent record shop? With HMV out of the picture there is serious potential to create a new place for music buyers to go. Is a resurgence out of the question? We don't think so.

The movement towards local shops and local communities has shown that there is potential for great things to happen and as the high streets price themselves out of peoples wallets the smaller businesses with lower overheads will surely see some benefit. On a side note, when we were away in Japan a few months back the record stores, both independent and high street, including HMV's Japanese outlets were buzzing with custom and regulars who looked after their shops by their loyalty. Perhaps it's all a question of fostering brand loyalty?

It could even be a question of bad economics - something that many comments on social media have attributed the collapse to and something we'd argue is in probability the main reason. Whatever the reasons, we'll be sad to see one of the last music retailers go, both as music fans and supporters of the physical format. But as history has shown, something good always comes from the bad. Bring on the record shop revolution!