The sudden underground force of lo-fi Psychedelia and electronica has seen much in the way of “must listen” come our way. Virginia Wing is one of those artists who fit very neatly into that hallowed category. 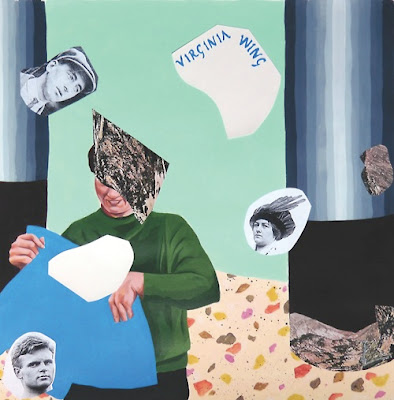 Extended Play has a nice lo-fi sheen to its sound that seems to evoke the feeling of being front row at a gig and just as the crystal clear melodies and mystical vox of recent bands such as Stealing Sheep use that uniquely seductive filmic psych sheen to make you love them like nothing before – Virginia Wing does that too, albeit in a slightly different though equally lovable way.

Donna’s Gift, the E.P’s second track harmonious key strokes are sheer listening bliss and on its ear wilting (in the nicest possible manner) intro the aforementioned psych influence come into their melodic play perfectly. It would take a cold hearted person to not enjoy the warm vibes on offer here and it’s as if the music is lilting from some melodic stove somewhere in the woods and pulling you on the tails of its beauty.

High praise then - but on repeated listens it’s an opinion that doesn’t change and the remainder of the E.P. doesn’t fall below that elusive quality either! The kraut-like Rit Rit Rit enters the listening zone with a frenzied static loop effect and ambient sound melodies filter into view as well. Psychtronica  (to coin a genre) may well be the badge the E.P. wants to wear but there is an impervious beauty to this music that transcends all such genre mash – up naming tendencies.

Common Ground has a fairground like angst as its overall vibe and it brings the overall dark haze of the sound back into the fore with a force that is almost too cold – emphasizing the claustrophobic sound qualities of the release. It’s something akin to memories of a past life flooding back into your life like the proverbial reaper but considerably more pleasurable.

Closer Convincing Now is cast in a reminiscent like mould and it’s as if the artist wants to end this extremely filmic collection with the perfect dark and desolate conclusion. But unlike the end of a life – this is an experience that is a lot more pleasurable!

Extended Play is an E.P then that places its cards not on the table, but directly into your subconscious. There is beauty here – and it’s pervasive!