Truly good music should shine both melodically and physically. A band with a name like Golden Glow needs to be good, if only to live up to that excellent name! Luckily the music on their Beauty / Duty E.P. is of a quality that is well in keeping with their name. 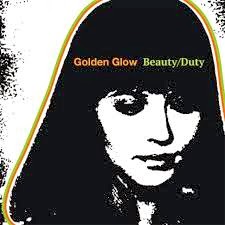 The six tracks on Beauty / Duty are all listenable and follow a story of sorts melodically, becoming gradually more thoughtful as the song cycle winds on. The amplified garage rock drums and bass duo that opens the record on Don’t Forget Me channels a less grungy Strokes reference and uses a nicely submerged production to its advantage.

As we move further into the E.P. things get clearer but only just. I Could’ve Known is a slow burning mix of speak-sung vocals and low key industrial backing that catches you in its dystopian soundscape easily. LiP amps things up considerably with some seriously visual guitar lines energising the song considerably. In a live setting, this would be seriously pleasing we think!

But despite the energy being thrown around in measured slabs of sound wave the record doesn’t lose its subtlety. The second half is by far the most satisfying, with sonic warmth that draws the listener in with a palatable ease.  The titular Glow is present for sure in songs Gum Down, with its Electro Kraut leanings evident in the synth track and vocal production that verges on the mystic.

The Scene as well slows down its approach, adding a much needed change of pace to the E.P. and ushering in the second half of the record effectively. Throw in some spoken French interludes to the mix and it’s a very good way to make a song.

As for that Golden Glow, it’s there for sure but another record will surely make it shine even brighter…

Reviewed by Sebastian Gahan. Out now via Bleeding Gold Records.