The iconic robot stars of the Star Wars universe. 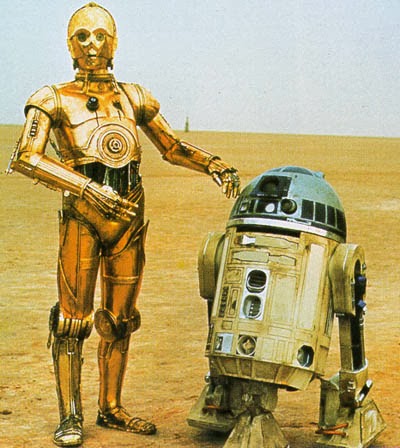 WHAT DO THEY DO?

R2D2 is the squeaky-circuited conveyor of crucial, secret rebel alliance messages and repairer of rebel fighter craft while his prissy protocol droid pal C3PO worries about etiquette and the state of the muck in ‘ere.

WHERE WOULD THEY BE FOUND AT THRESHOLD?

At the festival’s mad busy District venue (formerly The Picket) where they “Ask nothing...demand nothing”, especially about the droids you’re looking for.

FAVORITE THING AT THE FESTIVAL?

Taking in WTU (We, The Undersigned) with their banging mix of funk, afrobeat, raggae and jazz; a thumping rhythm section and full-on brass that brings tears of Cantina band nostalgia to their robotic eyes.

C-3PO: We can't? How would you know the hyperdrive is deactivated?
R2-D2: (Beeps)


C-3PO: The City's central computer told you? R2-D2, you know better than to trust a strange computer.

“Use the force… to get around every venue and gig at the festival!”