On The Scene// Threshold festival: Day One

#srcz was at Threshold festival ’14 and in partnership with the festival, spent the weekend capturing magic moments, robotic revelries and visual arts excellence. Helen Basil was part of our Media Team and captures the eventful first evening from her point of view below: 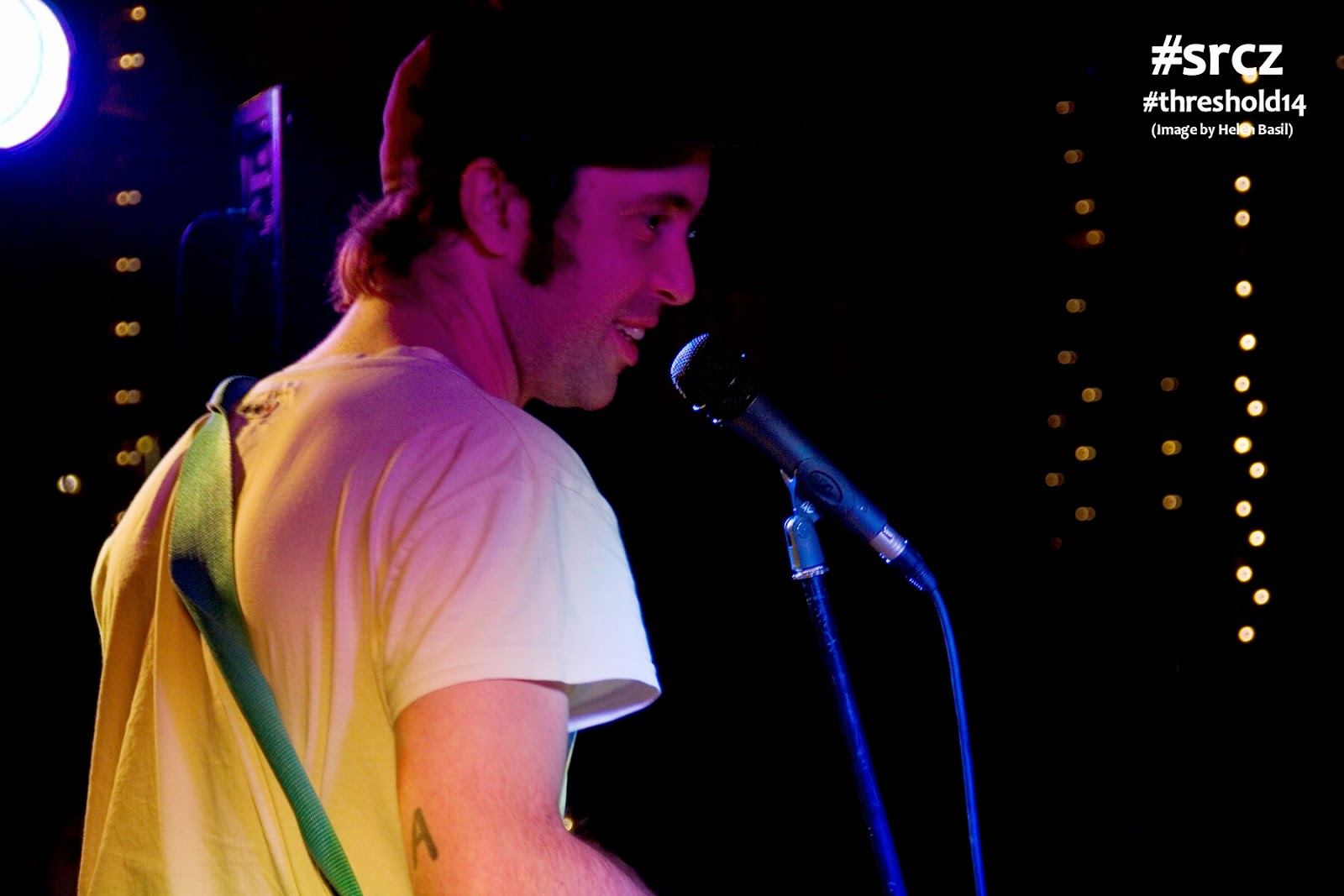 I’ve been living in this wonderful country for almost four years now. Why am I mentioning that, you’re probably wondering… take Liverpool for example. Strip away its culture and arts scene, and all you’d be left with is just another English city with a drinking problem and obnoxious seagulls. Which is why local events like Threshold are so important – and, because I’m sure you’re here to read all about it, this is my firsthand experience of the 2014 incarnation. A piece of the action, so to speak…

As carefully planned in advance as it had been, Friday ended up being a flurry of printouts and spare pens and making sure I got everything. So it was no wonder then that I left for the 7PM start of the festival feeling a little unprepared. I wandered around a bit and before stumbling over the 24 Kitchen Street venue where Spoony Bard was just setting up and decided to start here.

With a resounding, clear voice, he had my attention with the first few strums of his guitar. Choosing a simple style often passed over nowadays, his folky spin on contemporary issues was very well received by the crowd. With songs that seem to have been written on the banks of the Mersey, Spoony Bard dusts off old sounds and makes them his own. Threshold was starting to sound really good, and I was only one act in.

Then it was on to the Baltic Bakehouse for me, where I managed to catch Christopher Moore’s set. Having been privy to see him perform before, a pattern was emerging. The first thing to catch the ear is his voice: with a roughness to it that very few musicians can pull off, he seems to have a knack for backing it up with just the right amount of emotion. The Waitsian comparison may be inevitable, but it only goes as far as that: a fleeting reminder, as his original pieces have their own flavour. Gravelly goodness indeed!

By this point, the skies have decided to keep me in this venue with their rain, and I’m glad they did. Up next was Simeon Turtle (pictured below) , an emerging local talent. Hailing from Chester, this 20 year old was a treat to see. What struck me most about her original pieces is was their simplicity, coupled with her strong voice they’re the kind of songs that hit home. She makes an impact by capturing simple moments of life and being young, and managed to get the room’s full attention from start to finish. Simeon is definitely someone to look out for in the future. 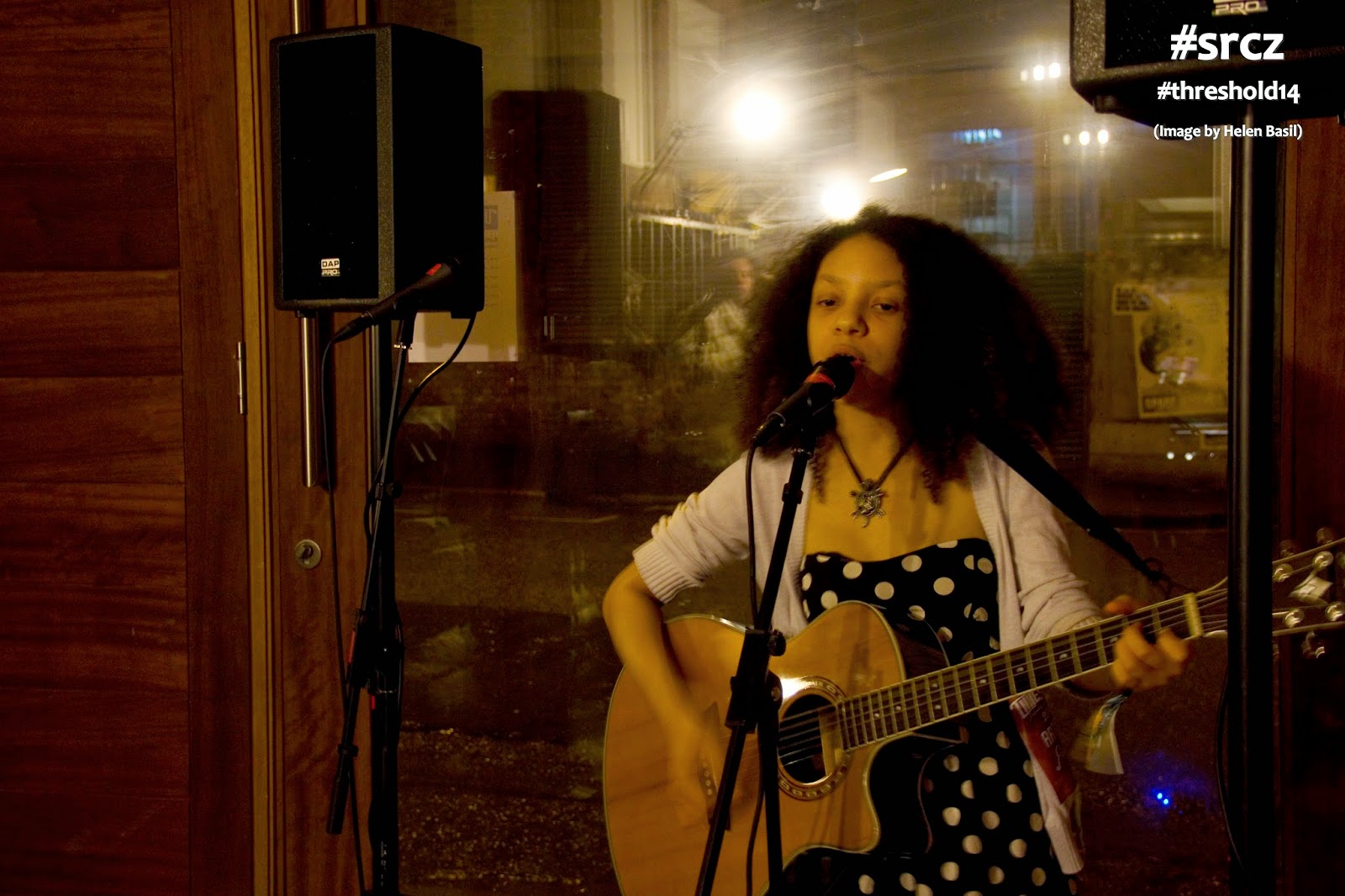 Not to be that person that talks about the weather all the time but… at this point I had pretty much given up on using the first day enthusiasm to check out the venues Threshold had to offer. I returned to 24 Kitchen Street for Kalandra, a band that I’ve kept missing somehow around Liverpool. Their folk-rock style boasts Nordic influences which was a selling point for me – I had a feeling I’d like them, but I was completely blown away. The show they put on was the most delightful combination of theatrical folk rock, and they’re just one of those bands who’d have a good time playing anywhere with each other. Feeding off the energy of the crowd, lead singer Katrina’s ethereal voice enchants while making all manner of available limbs move. Passionate performances came from all members of the band, and they’re definitely a band worth seeing perform live.

It was then time for me to head to Siren for an act that’d been recommended to me in a flurry of words that didn’t really convey a lot about his style, but rather his choice of song topics: Beans On Toast, ‘that dude who sings about drugs’. I really had no idea what to expect since musical comedy is so hard to pull off, but does this guy know how to do it. Being in front of an audience seems to be as natural to him as breathing, and he knows how to get the crowd on his side right off the bat. He even got a few to help ‘adjust the stage Feng Shui’. But his songwriting isn’t just about trippy festival experiences: he just has a quirky way to put into words his experiences that most have been through. He’s one of the few musicians I don’t think I’d ever get tired to see live. 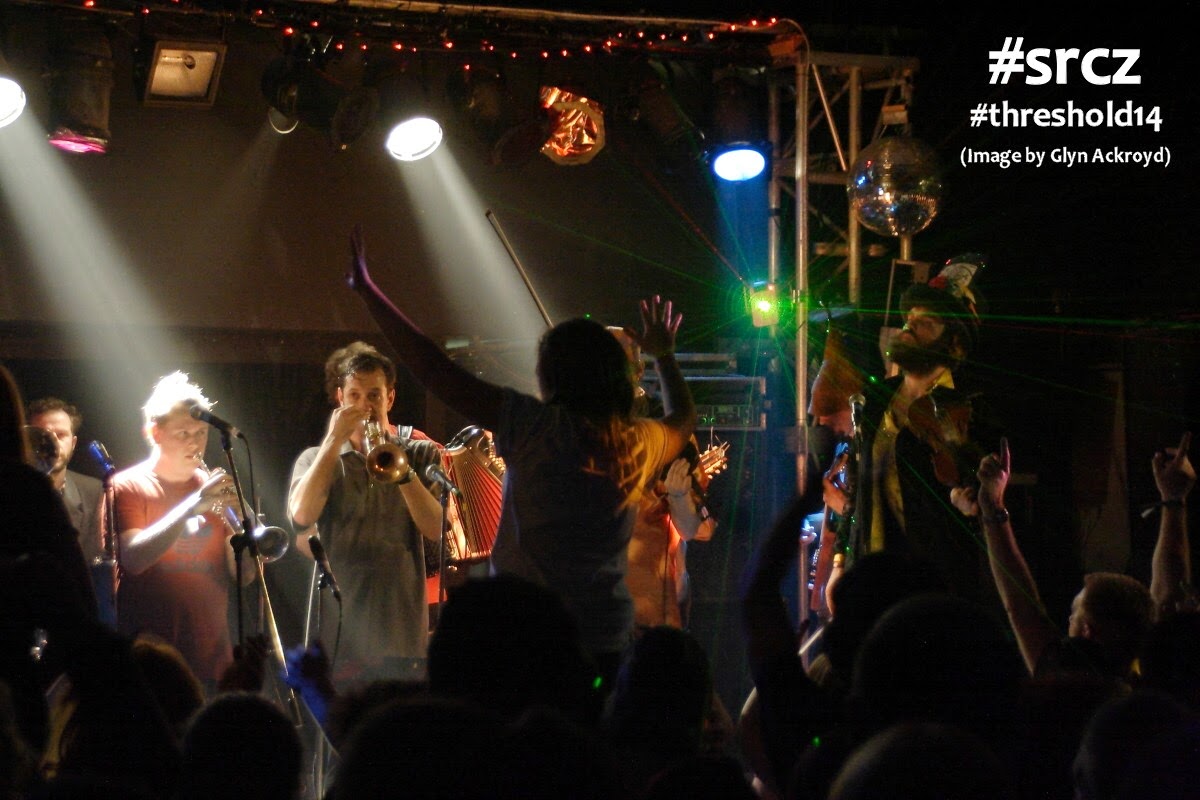 As for the Destroyers, well… a fellow contributor managed to put their show into words much better than I would. Ingrained in my genes after generations of homemade moonshine and traditions, my Balkan instincts took over. I was helpless to resist them and I ended up dancing my little heart out. And as much as my feet were protesting the morning after, it’s going to be stuck in memory as my personal highlight of the festival.

Words and Images by Helen Basil. The Destroyers image by Glyn Ackroyd.