Gentle Friendly, it has to be said, live up to their name perfectly. Never too hard on the ear and rarely tempting you to flick forward, the bands recent album KAUA'I O'O A'A is a recommended listen. 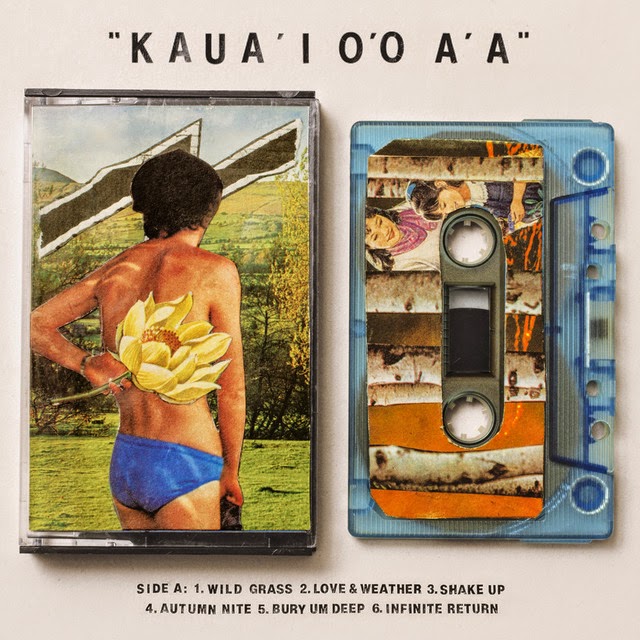 Now when we say the band is easy on the ear, we don’t mean it in the way you might have taken it. That is, their music is not boring and we’re pretty sure they’re friendly. With a neat line in distorted rhythms that make a lot more sense they probably should, there is warm quality to the music that makes it instantly more personable. Opener Wild Grass, takes a distorted loop sample and catches your interest almost immediately. Like a strange melodic robot, floating in the depths of space the song is odd in that off kilter, indie kind of way that so often makes a fan out of a casual listener.

As the album continues the music gets more eclectic. Occasionally it sounds as if a collection of children’s toys are being used to play electro jazz and that really is no bad thing to this reviewer. It’s easy to listen to music and think you’ve heard it before, but Gentle Friendly pull off the trick of mixing the innate weirdness of the instrumentation with hooks that know how to draw you in. Shake Up, third track in, is one such example, with an underlying oddness-of-melody that matches the almost straight ahead main vox and melodies perfectly.

But without a taut production this sound can often come undone in the course of the well intentioned album and it almost happens here.  Almost - because the shifting soundscapes of the album prevent you from ever getting to notice it, if indeed it ever occurred. Self-consciously eclectic albums like this are rarely perfect, but perfect is not an aspiration. Taken in the live setting, this music will surely become much more than its parts and that’s why we’re recommending you to check this out.