In the vast history of Jazz, it’s many and various styles, threads and innovators there is one name that comes up often when the latter is mentioned. As an innovator, Miles Davis certainly knew how to move a scene forward with sheer brute minimalism. 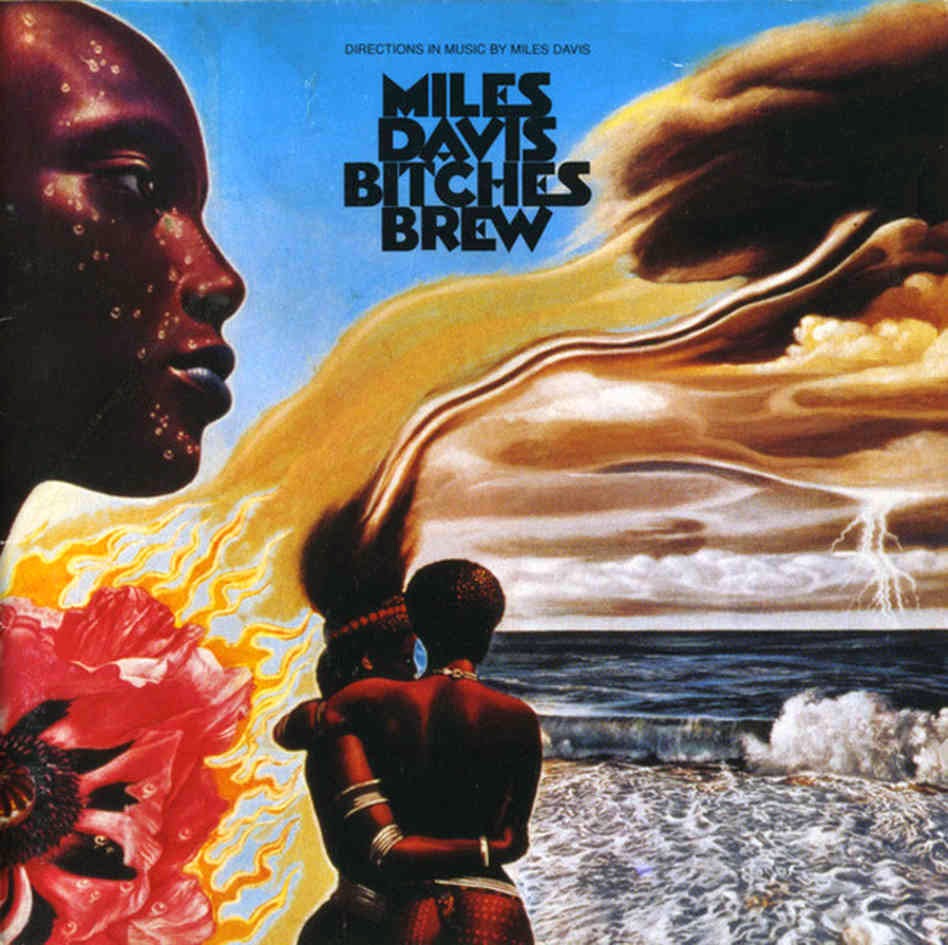 That and a lot of talent!  Whatever one thought of the man himself it’s hard to deny that as force for change in the occasionally stuffy world of Jazz, Davis did much to shape the genre into what it is now. There are, of course, many different sub genres of Jazz that have ensued in the decades since it rose to prominence, but in constantly changing his directions Miles Davis, for the most part, kept his output fresh and often enigmatic as a result.

There are many, many albums worth of material from Davis out there, from original concept albums, off cut collections and more than the odd compilation disc, but of all the periods of his releases it’s his late sixties to mid seventies releases that bring you back again and again. From the awesome artwork that decorates them almost arrogantly to the music that fills them, they are a true source of inspiration to any person of a creative nature.

Bitches Brew, released in 1970 sets up the cycle of constant evolution that would run until 1974 when Davis retired from public view until a return in 1980. The album is still an invigorating and wonder filled listen decades later. Retaining its atmospheric, dark charm and mystery even now it’s rightly celebrated as classic of the Jazz genre, and indeed of the whole music world. But that’s all good and well, the question remains though as to whether it’s still relevant to modern listeners?

As someone who owns at least three copies of the album on the original vinyl pressing, the answer for this writer is firmly positive. Starting with the still stunning album artwork from the late Mati Klarwein, depicting two worlds in darkness and light in an image that still demands the question of what it all means even now, it’s a perfect first impression. Once you see that image, you don’t forget it. It’s a definite reason for loving the art of the record cover!

The music on the album, featuring at least twelve players at any one moment it seems, is also a reason for loving it. There’s drama, mystique and pathos on offer in the musical directions here and it makes for much re-listening value. There is rarely a moment when the music lets up the frenetic tone it sets. Spanish Key sees some hard core trumpet action from Davis himself, traditionally saying much with his short bursts of energy. But the rest of the band is on form as well, in one of the tightest of all the formations of Davis’ band.

Much has been written about the individual moments that define Bitches Brew over the years that don’t need to gone into in too much detail here but it remains to say that there are many more albums from Davis that explore the fusion Jazz themes touched upon here that are even more of a treat than this one. Bitches Brew got the attention, deservedly so in many ways, but make sure to check out its thematic follow up Live – Evil as well.

From its innovative production techniques courtesy of Teo Macero, to the attention to detail in visuals and music Bitches Brew is a record you should listen to even if only once!