Poetry and hip hop have always had an interconnected feel. There’s an adage that hip hop is the poetry of the streets and whilst that isn’t always the case as the genre grows and expands, the roots are certainly there. This new single from Kojey Radical is easy to label as ‘hip hop’ but take a listen and it becomes so much more. 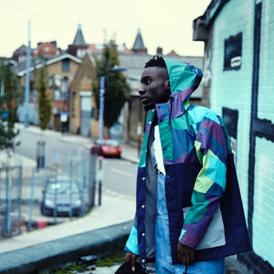 Poetry has been accompanied by beats before and not attracted a label and so it is that Bambu is elusive in its nature. The film score like, minimalist beats from Swedish producer Lupus Cain is mesmerising even without the spoken word poetry from Kojey himself. The reverse, of course, is also true. The phrasing, timing and drama are perfect and combine that with the arresting visuals of the video and you’re onto a very memorable watch indeed.

Framed as a performance juxtaposing a form of almost robotic humanity with the urban setting of ghostly street scenery, the whole package works as a performance rather than a mere listening experience. Of course, it IS a eye and ear catching piece in itself, but put together with its video the song has a whole new life.